The Messiah in the Old Testament - Seedbed
close
Menu 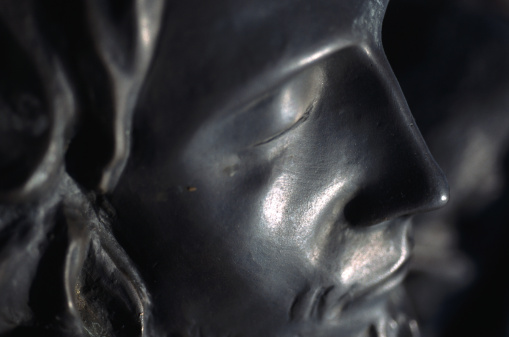 The first clear reference to a Messianic King in the Old Testament comes from 1 Samuel 2. In the introduction to the Book of Samuel, Hannah prays for a son to come from her barren womb. God answers her prayer, and she sings a psalm of praise in response.

The psalm is more than a psalm of praise. Rather, it is a prophecy that foreshadows the rest of the book of Samuel and lays the foundations for the coming of the Messiah. The song is full of contrast, highlighting the futility of mighty men and imperial strength and demonstrating their inferiority to God’s providence to and through the Messiah. It speaks of God’s just judgement of those who oppress others and his righteous retribution for the oppressed.

In the center of the psalm, Hannah prophecies regarding the Messiah’s death and resurrection. Within the book of Samuel this prophecy is fulfilled when Saul, a human king who was to represent the Messiah, is killed in battle. Afterwards, David assumes the role, and the Messiah is lifted from the grave. Of course, this is but a foreshadowing of the ultimate Messiah yet to come.

At the end of the psalm, it is because of the LORD’s raising of the Messiah that allows His pillars of righteousness to uphold His land. The future is so certain in Hannah’s mind that she speaks of a future event of the entire world resting upon God’s land as if has already happened!
The psalm concludes with a promise that God will preserve his faithful followers while allowing the wicked to perish in darkness. “Not by might will a man be strong,” Hannah sings, prior to exclaiming that the enemies of the LORD will be dismayed and judged when God gives divine might to His king, the Messiah.

This psalm became a psalm of hope for those who were taken into exile. They would read it along with the Book of Samuel and see that even though their former kings had been unjust, God would restore those of them who remained faithful through His Messiah.

The Prophet Isaiah echoes these themes when poetically speaking of the Messiah in chapter 53. Isaiah says that the Messiah will come from an impoverished land. He would grow up frail and be so unsightly that others would not look upon Him. He would be despised and broken, carrying the griefs of humanity upon His shoulders. Finally, He would be crushed and broken because of our sins and carried away.

Yet the poem does not end there. Isaiah continues by saying that He would offer Himself for us, pleasing God. Through His anguished experiences, many would be saved. Therefore He would be given the greatest of inheritance.

Although those in exile and those returning would have read this to describe the nation of Israel being judged, tried, desecrated, carried away, and ultimately restored, we can see from a Christian perspective that these Old Testament passages apply to more than mere human kings. True, certain kings could be called messiah. They were, after all, the “anointed one,” charged with the responsibility of leading Israel justly and freeing her from oppression. But these kings were always insufficient, as even David was, for building God a perpetual kingdom. Rather, the only person who could claim this type of kingship is Jesus Himself, The Messiah.

© Seedbed 2021
The Messiah in the Old Testament
MORE STORIES