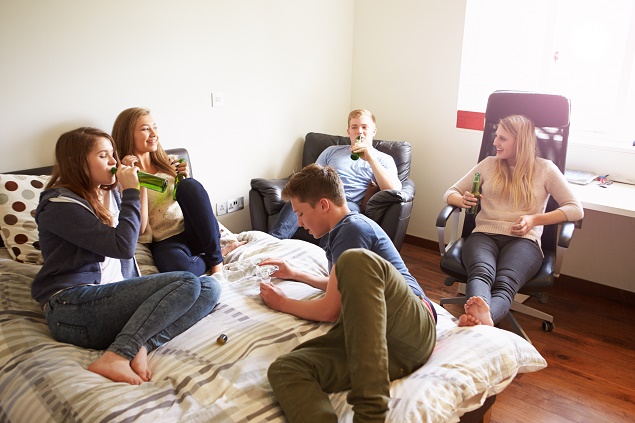 I remember when we had our first child. She was the center of our universe. We thought she was perfect in every way. She hit every developmental milestone right on target. She read books and talked earlier than most her age and has excelled academically throughout her life. When our second-born son came along, we assumed that he would be just like his big sister. We expected that he would hit every developmental milestone right on target, read and talk earlier than most, and excel academically. When it started to appear that these expectations and assumptions were not correct, my husband and I had thoughts like, “What’s wrong? What did we do wrong? What will people think about us as parents? What do we do to fix it?” We have learned significant life lessons through being parents, but not without bumps and bruises along the way.

As I have raised my own children and counseled many teens and their parents over the past decade, I have seen how placing assumptions and unrealistic expectations on our kids can be harmful both to us and to them. Some assumptions and expectations are a good thing, but some are not. It’s important to learn to tell the difference. The biggest key in figuring out the difference is to know your kids. I mean, really know them! And parents, that takes time and effort, which many of us often don’t have in abundance these days.

Some common assumptions that I hear are: My teen tells me everything. My teen would never drink or do drugs. My teen would never experiment with their sexuality. My teen will grow up to be successful, get married and have beautiful grandchildren for me to spoil. We have great expectations for them and want them to be happy and successful.

To prove a point, let me tell a short story. Let’s say that you tell your teen to take the car and drive it to the store to pick up some milk and bring it home. Let’s say that on the way to the store, the teen runs several lights and has a minor accident, and she ends up being brought home by a police officer. You are angry at your teen, so you yell and carry on, and you ground them from the car. This is a hypothetical stretch, so bear with me. Let’s say that this teen was never given instruction on how to drive a car or what could happen if they ran stop lights. They were not given the information they need in order to know what to do in certain situations they might find themselves in. However, the parent expected and assumed that this teen would never do such a thing as wreck the family car.

Begin by asking yourself ‘Why wouldn’t they tell me everything? What do you know about teens? Do you know that their peer group is most important at this age? Do you make it easy for them to talk to you, or do you react with anger and judgment when they try to talk to you? Do you start right in on giving advice?

Why wouldn’t your teen try drugs and alcohol? Again, their peer group is most influential at this age. Have you openly talked with them about the dangers of drugs and alcohol and walked through scenarios they might find themselves in, or have you assumed they would just know better? Have you shared your experiences with drugs and alcohol with them so they feel comfortable opening up to you about it?

Why wouldn’t your teen experiment with sex? Teens are at the prime age to try to discover who they are. They are also hormonal at this age and have a lot of different feelings about a lot of different things. Have you talked to them about their natural/normal feelings and how sometimes those can be confusing? Are you having open honest communication about sexuality? Have you given them the information they need to make a good choice and a safe place to have discussions when they don’t?

As a mother of two teenagers myself and a counselor to many teens for the over the past ten years, I have come to expect that teens might experiment with drugs, cussing, sex, and many other things. I no longer ask myself why would they do these things, but rather ask myself why not! The teenage brain and environment presents the best opportunity for such things. At this time in a teen’s life, the prefrontal cortex of their brain, the part responsible for impulse control and foreseeing consequences of actions, is not yet fully mature. They are starting to figure out who they are as their own person and where they belong in the world. Major influences in their lives now shift from parents to friends. And they have a strong desire to want to belong and be accepted. So again I say why would we expect anything other than for these experiments to occur? We, as parents need to shift our thinking from what if to when. For professionals, it’s important to understand these teens and how to help parents understand their own teens. I tell my parents on a regular basis to bring their teens to see me. I want to help them put me out of a job. What I mean by that is that I want to teach them how to help their teens through these years so that they won’t need me anymore.

There are four main things that I would say to parents when they discover that their teen is experimenting with any of these issues:

Matthew addresses these four main things quite well in Chapter six and seven as he quotes the words of Jesus. Often times we can forget that the Bible has everything we could possibly need for all of life’s issues, including what I’ve addressed in this article. He is a Father who loves you and your children more than you can imagine.

Heather Butler is a faithful contributor to Soul Care Collective.