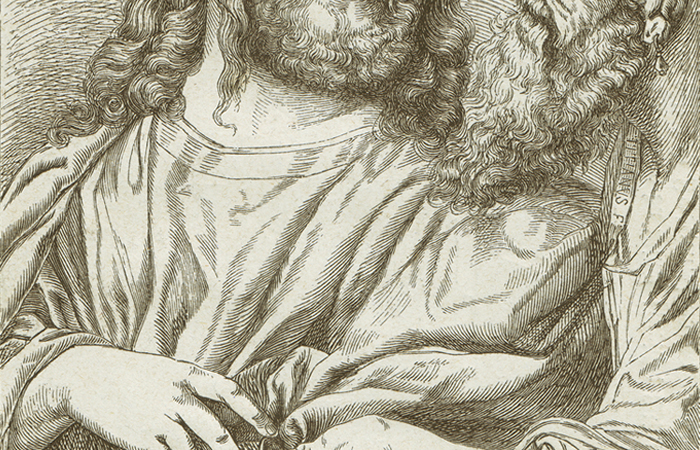 A temptation on the road to reverence is to stop and gawk at the wrecks in other people’s lives. Maybe it makes us feel better that while we may be struggling with one thing or another at least we’re not like that. Jesus tells a story of two men who go to the temple to pray. One was a gawker—that appears to be the audience Jesus intends this particular story to teach.

To some who were confident of their own righteousness and looked down on everyone else, Jesus told this parable: “Two men went up to the temple to pray, one a Pharisee and the other a tax collector. The Pharisee stood by himself and prayed: ‘God, I thank you that I am not like other people—robbers, evildoers, adulterers—or even like this tax collector. I fast twice a week and give a tenth of all I get.’ But the tax collector stood at a distance. He would not even look up to heaven, but beat his breast and said, ‘God, have mercy on me, a sinner.’ I tell you that this man, rather than the other, went home justified before God. For all those who exalt themselves will be humbled, and those who humble themselves will be exalted” (Luke 18:9-14, NIV).

Other people’s sins are much easier to confess than our own. Other people’s brokenness is much easier to mock than our own. But God seems to be seeking something other than “holiness police.”  God loves those who, rather than sizing up the difference between themselves and other “more sinful” people, instead bow low in recognition of their own unworthiness compared to Holy God. The road to reverence is paved with humility.

Notice the position of the two men in prayer. The Pharisee stands on his own two feet proud of his goodness but the tax collector “would not even look up to heaven.” One was confident in his righteousness and the other knew God was good and he was not. The tax collector trusted God enough, or at least was desperate enough, to cry out for mercy. Which one does Jesus say went home forgiven?

God desires honesty. God wants truth. “If we claim to be without sin, we deceive ourselves and the truth is not in us. If we confess our sins, he is faithful and just and will forgive us our sins and purify us from all unrighteousness. If we claim we have not sinned, we make him out to be a liar and his word is not in us” (1 John 1:8-12, NIV).

We’re all in the same boat. We’ve all sinned. We’ve all fallen short of the glory of God. None of us are all we were created to be, but yet somehow we have the audacity to condemn others while seeking pardon for ourselves. Or do we think we are without sin? We sing, “Amazing Grace how sweet the sound that saved a wretch like me,” but then try to claim it exclusively. Saved a wretch like me, not a wretch like you, you’re the wrong kind of wretch.

None of this is intended to say that sin is not serious. It is. It is deadly. It separates us from Holy God. But God is greater than our sin. God is also greater than our neighbor’s sin. Remember what Jesus told Nicodemus?  “For God so loved the world that he gave his one and only Son, that whoever believes in him shall not perish but have eternal life. For God did not send his Son into the world to condemn the world, but to save the world through him” (John 3:16). While we need to take sin seriously we must take God even more seriously.

Love the Sinner, Hate the Sin?

Sometimes Christians are seen as hateful when we point out the sins of others. But we claim this is not true. We “love the sinner and hate the sin.” I’m sure I’ve said that myself. But just this week I saw a quote by singer and humorist Mark Lowry with some important words to consider. They are helpful as we wrestle with sin and grace and how to live reverently. Mark said, “Love the sinner, hate the sin? How about: Love the sinner, hate your own sin! I don’t have time to hate your sin. There are too many of you! Hating my sin is a full-time job. How about you hate your sin, I’ll hate my sin and let’s just love each other!”

But too many of us are like the Pharisee in the story. We thank God we are not like those… fill in your blank here. Those drunks, those adulterers, those gays, those right wingers, those liberals, those “whatever we are not” people whose sins we want to highlight rather than allow the light of Christ to work in us. It is irreverent to do what God does not, to rank the sins of others as worse than our own. Since we are all in the same boat maybe we shouldn’t be so eager to see it sink.

James challenges us: “If you really keep the royal law found in Scripture, ‘Love your neighbor as yourself’, you are doing right. But if you show favoritism, you sin and are convicted by the law as lawbreakers.  For whoever keeps the whole law and yet stumbles at just one point is guilty of breaking all of it. For he who said, ‘You shall not commit adultery’, also said, ‘You shall not murder.’ If you do not commit adultery but do commit murder, you have become a lawbreaker. Speak and act as those who are going to be judged by the law that gives freedom, because judgment without mercy will be shown to anyone who has not been merciful. Mercy triumphs over judgment” (James 2:8-13, NIV).

It’s stunning to consider we have broken the entire law. All of it! How in the world can we then turn around and point a condemning finger at others when their sin is ours as well? But if our guilt is stunning, this is more so. God has mercy on us. God casts our sin as far as the east is from the west. Through Jesus Christ we find not only pardon for our sin but power to become all we were created to be. Our response to God is worship. The appropriate response to others is mercy and love.

A Journey of Grace

Though we journey toward reverence we’re not there yet. We couldn’t have even started on our own. It’s all about grace. Grace, grace, grace: grace to draw us, grace to forgive us and grace to make us as we should be.

One thing I know is that gawking slows us down. Sometimes it even causes us to wreck. Let’s keep our eyes on the road.

This excerpt is from the book, Irreverent: Finding Our Way Home. Order the book here or the Kindle edition here.