Now For Something A Little Different - Seedbed
close
Menu 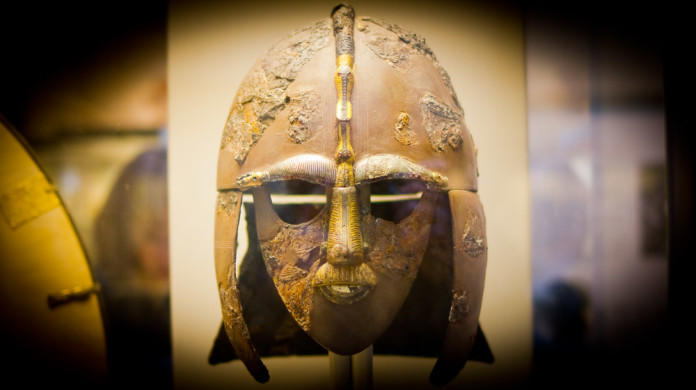 A recent writing project sent me back to a type of literature scholars typically call “heroic.” It’s the ancient version of the action-adventure flick. I won’t bore you with the details, which you can read about in my commentary on the book of Judges. Anyhow, I was reading through some sections of the “dark ages” epic poem Beowulf, in Seamus Heaney’s translation, when I hit on something I’d never noticed before.

Have you ever wondered, reading in the Old Testament how the Israelites seemed utterly incapable of staying away from false gods? They keep returning to these false gods of the past, false gods of the surrounding cultures, caving to the pressure to follow “relevant” gods? They’d worship anything that’s willing. After decades of study, I still find myself shouting at them, “WHY ARE YOU SO STUPID?” Why do they return, like the literally-proverbial dog to its vomit, to false gods, at best empty lies, at worst, demonic spirits.

Which brings me back to Beowulf. In the poem we read of the line of Scandinavian kings culminating in Hrothgar, who builds a great hall called Heorot. All seems wonderful and well

except for something not even the peerless Hr0thgar could anticipate. Slinking in the swamps and deep forests, a mutated, twisted descendant of Cain “nursed a hard grievance” (Lines 86-87). Grendel, a hater of all joy, a man-eating monster-demon terrorizes the land and especially Heorot, the great hall of Hrothgar. As the narrator unfolds the people’s anguish to find relief, he makes a peculiar observation. So desperate were the people that:

Sometimes at pagan shrines they vowed
offerings to idols, swore oaths
that the killer of souls might come to their aid
and save the people. That was their way,
their heathenish hope… (Lines 175-179)

So here Christian people return to old pagan habits. The poet knows it is to no avail, as must they have known also. How could they have expected “the killer of souls” to come to their aid against the demonic killer of their bodies? Here the poet adds one more thought that stopped me flat:

“Deep in their hearts they remembered hell.” How could the remembrance of hell, of God unknown, of grace unfelt, send them back to pagan shrines? What recollection of former reprobation and damnation could possibly trigger one to return to that very condition? And yet it does. The cleaned up addict knows life is better, but returns to the degradation of addiction. Gomer gets her life-time chance at decency with Hosea, but reappears on the slave block. Israel is saved from the brick pits of Egypt, but builds the hated calf.

Jeremiah knew this. In his bone-chilling MRI scan of the human condition found in Jeremiah chapter 2, the prophet paints a vivid picture of the descent of a nation, a person, a soul, into the hell of bondage to sin, of knowing what is right, knowing the world of hurt sin brings, but finds no other recourse but to sink:

The Beowulf poet goes on detailing their plight:

…Oh, cursed is he
who in time of trouble has to thrust his soul
in the fire’s embrace, forfeiting help;
he has nowhere to turn… (Lines 183-185)

They turned back, because somehow, “Deep in their hearts, they remembered hell.” Something about the very misery of lostness, un-goddedness, or perhaps over-goddedness, plays a role in the reversion of the believer to empty lies and worse. I confess I feel the intuitive truth of this but have no real explanation for it.

What did the Beowulf poet—with the author of Judges—know, that we fail to see?

© Seedbed 2021
Now For Something A Little Different
MORE STORIES