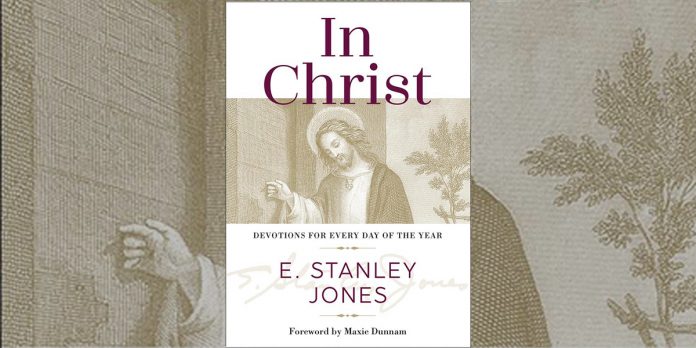 In Christ is one of two books, apart from Scripture, which most shaped my theology and spiritual formation. In my first appointment out of seminary, I was the organizing pastor of a congregation in Gulfport, Mississippi, in the early 1960s. We grew rapidly, and the pace of leadership was demanding. But what was more draining and spiritually demanding was the civil rights furor that was raging and becoming more intense and violent.

Though our church was considered by the denomination to be exceedingly successful, I felt an emptiness at the heart of what appeared to be a dynamic Christian fellowship. I could not escape the fact that the fellowship of the congregation was not unlike the fellowship of the Rotary Club. In my pastoral leadership, I placed a strong emphasis on prayer and small-group study and sharing. It was in my small prayer/share group that I received the most spiritual strength.

In 1963, civil rights leader Medgar Evers was assassinated. Roy Wilkins, executive leader of the NAACP, said that no other state had “a record that approaches that of Mississippi in inhumanity, murder, brutality, and racial hatred. It is absolutely at the bottom of the list.” It was during this time that my pastoral leadership was constantly challenged and the emotional and physical demands were unbearable. I was losing confidence in my call, feeling totally inadequate and ready to throw in the towel. I felt incapable of navigating the sea of hatred and distrust. Providentially, the Lord intervened.

At a pivotal time in my personal struggle, I discovered E. Stanley Jones’s book, In Christ, and used it in my prayer/share group. Not only did the book give me perspective and empower me in that season of my life, it helped me become the spiritual man that I am today.

When we think of the apostle Paul, we normally think of his great teaching on justification by grace through faith. But equally prominent in his teaching was the indwelling Christ. It is a cardinal principle taught not only by Paul, but it the glorious invitation of Christ, “Abide in me.” This dynamic came alive in my life through my study of In Christ.

Off and on now, for more than fifty years, my morning ritual has included a word to myself. Sometimes I speak it aloud, sometimes I simply register it in my consciousness: “Maxie, the secret is simply this, Christ in you, yes, Christ in you, bringing with him the hope of all the glorious things to come.” That’s Phillip’s translation of Colossians 1:27 addressed to me personally.

You may not begin that ritual after reading this book, but you will certainly become aware of the cardinal principle of the indwelling Christ; the invitation of Jesus, “Abide in me,” will become more meaningful and attractive. 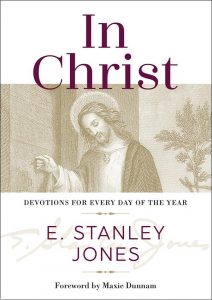 This highly anticipated reprint of In Christ: Devotions for Every Day of the Year by E. Stanley Jones is a thorough study of the 172 times the phrase, “In Christ” or its equivalent is found in the New Testament. Centering on the theme of being in Christ and what that means for daily living, its meditations ring as true in our modern day as they did when it was originally written more than 50 years ago. Get a copy from our store here.