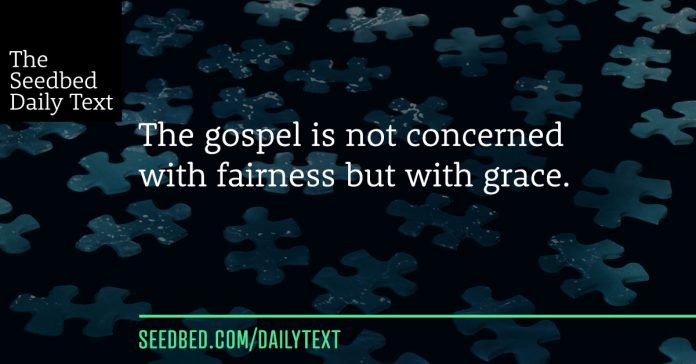 12 God’s purpose was that we Jews who were the first to trust in Christ would bring praise and glory to God. 13 And now you Gentiles have also heard the truth, the Good News that God saves you. And when you believed in Christ, he identified you as his own by giving you the Holy Spirit, whom he promised long ago. 14 The Spirit is God’s guarantee that he will give us the inheritance he promised and that he has purchased us to be his own people. He did this so we would praise and glorify him.

Though diversity abounds throughout the world with nationalities, ethnicities, races, languages, religions and more, according to Scripture there are only two kinds of people: Jews and Gentiles—the descendants of Abraham and everyone else. It doesn’t mean we ignore all of these wonderful diverse distinctions. We just need to understand a much more fundamental demarcation underlying them all.

According to Scripture, God’s purpose and plan has always been to save the whole world. After the epic failure in Eden, leading through the flood and all the way to the fated tower of Babel, God  reset the game board. As he began with a man and a woman in a flourishing garden, so he would begin again with a man and a woman. Only this time he would begin with barrenness.

God began the nation through whom the whole world would be blessed, with a couple in their seventies. Attn Wal-Mart shoppers,  let that sink in; especially you retirees among us.

God’s plan was always to craft a people with whom he could dwell and through whom he could bless everyone else. Jews first; then Gentiles. Every intervening religion and interloping prophet, from Asherah to Aphrodite and Baal to Buddha, are at best self-help strategies and at worst deceptions from the pit of hell. Mind you, I am merely the messenger here. I recognize this is not politically correct, but the last time I checked, the Bible insists that we humbly labor to be theologically correct. Though all people be created equal, all religions are not.

To be sure, I am not condemning the adherents of other religions. I am simply reporting—according to the Bible, they already stand condemned. They are terminal. Is this fair? It seems terribly unjust.

Think about it this way. If there were only one perfect cure to cancer and it was available to all, would we consider that unjust? No, we would call it merciful and name it salvation and we would do everything possible to get it to every cancer patient in the world. It would be our gospel.

That is precisely my point. The gospel is not concerned with fairness but with grace. Grace blows fair out of the water every time. Fair or not, sin and death are the cancerous facts of the human race. We all have it. Far beyond fair, grace and mercy are the glorious facts of the gospel. We all need it.

What if we could see the world and all its people in two categories: those living under the curse of the cancer of sin and death and those set free from the curse and being cured by the grace of God in Jesus Christ? If we think of Jesus as the cure, we might think of other religions as herbal remedies (no offense intended to you herbalists out there). They may do some good, but in the end they won’t save your soul. We need not confront the sick with scorn. We only need to present them with the cure, backed up of course by the evidence of its working in our own lives.

Abba Father, we thank you for your son, Jesus, who said he came not for the healthy but for the sick. I want to confess the sin sickness in my own soul. Show me the nature of it and lead me to the cure of your holy Cross.  We pray in Jesus name, amen.