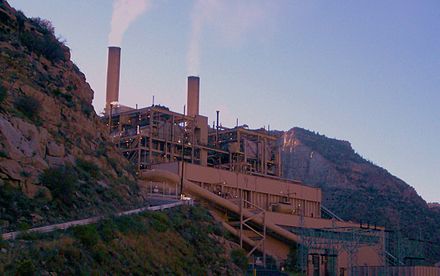 The Earth – all of us, all humanity – now faces two massive global pandemics: Covid-19 and Climate Change.

Underneath and around these, of course, lurks the global pandemic of sin. But I speak now of the two much newer earth-wide epidemics we hear about in the news and experience daily in our lives and bodies.

Earth’s human population stands at nearly 8 billion. For the past two months, most people on earth have been aware of the novel coronavirus pandemic, Covid-19. At the same time, increasing numbers of folks are becoming alarmed about the other global pandemic, Climate Change.

My point here is simple. Earth’s people are facing two death-dealing pandemics at once. Despite big differences, these two pandemics are quite alike.

Compare them, and you see key similarities and key differences:

We now know the Climate Change pandemic got started as coal was massively mined and burned in England. The steam engine was invented. Unlike water wheels along rivers, steam engines require very hot energy. The only adequate fuel was coal, abundant in England. Fired by coal, the Industrial Revolution took off in England in the 1800s. It soon spread to Europe, North America, and around the world.

As a kid, I still remember visiting smoky Pittsburgh, heart of the steel industry (hence the Pittsburgh Steelers). I saw the coal-burning factories along the rivers and remember the glowing slag dumped on hillsides.

An 1872 article in England’s Popular Science Monthly noted, “We are now raising from our coal-pits nearly one hundred and ten millions of tons of coal annually. Of this quantity we are exporting to our colonial possessions and foreign parts about ten million tons, reserving nearly a hundred million tons of coal for our home consumption. Not many less than one hundred thousand steam-boilers are in constant use in these islands, producing steam—to blow the blast for smelting the iron-ore—to urge the mills for rolling, crushing, and cutting with giant power—to twirl the spindle—and to urge the shuttle.”

Already in John Wesley’s day in the late 1700s smoky, smelly, polluted skies were sickening Londoners. The price of progress. This spread around the globe, the coal-power center gradually shifting from Europe and North America to China, where it is today. Burning coal and other fossil fuels—especially gasoline, fuel oil, and natural gas—is the major cause of most of our climate issues today—in the air, on land, in rivers, deadening the oceans.

Friends, this is not rocket science. It is well-known earth science. Carbon mostly, but also a mix of other related chemicals and compounds like lead, mercury, and sulphur are the culprits. God never intended this stuff to be spewed into the air century after century, spreading globally, poisoning the good creation. This is not “progress.”

It took 200 years for us to realize we’re in the grips of a global pandemic. As early as the 1890s however some scientists saw this coming. (See Salvation Means Creation Healed, Chapter 6.)

In contrast, the Covid-19 pandemic rose and spread globally in only about three months. In a few more months, medical science will pretty well understand Covid-19, and governments and the public will largely accept the science and act on it.

But Climate Change science, though vastly more complex, is already well understood by scientists worldwide. Because Climate Change is so complicated however, so taken for granted and now so politicized, most governments and publics have barely responded. Consequence: Millions more will die from Climate Change than from Covid-19. Avoidably so. Men, women, children will drown in oceans, starve in droughts, waste away from preventable disease, die in tornadoes, hurricanes, floods, be poisoned by food and water, gasp and suffocate from deadly air because up till now, in most countries, the science has been ignored or denied. Even considered a hoax!

Just this week a new study warns that by 2070 major areas of Africa but also of India, the Middle East, South America, Southeast Asia, and Australia will likely be encompassed by extreme heat.

The key differences between the two are obvious. Covid-19 came up suddenly and spread worldwide quickly. It likely will end when a vaccine is found. Something close to a global consensus plus effective global action have emerged in months. Most governments and businesses believe the science. They are acting on it. And trillions—not billions—of dollars have been committed to ending the pandemic and mitigating its effects—unlike with Climate Change.

Another big difference is that this pandemic (like the 1918 flu epidemic) will likely wind down in a year or two and leave little permanent damage to the earth and its people beyond the human lives lost. Not so with Climate Change.

Yet Covid-19 and Climate Change really are alike. The reach of Climate Change is global, by definition. It surely is fatal—not through a virus but through environmental disease and death. People seriously ill with Covid-19 can’t breathe. People suffering most directly from Climate Change can’t breathe due to lethal air pollution, floods of water, poisoned rivers, or famine. Prolonged suffering and gradual or quick death.

There is no ill effect of Covid-19 that does not have its deadly and painful prolonged parallel in Climate Change.

Both pandemics kill people. Understanding and treating both requires good science. Yet both have their deniers and even enablers. Both require sustained concerted global action until the plague ends. Both require widespread testing and contact tracing to understand cause-and-effect. Both are grounded in the earth and its creatures. In both cases, the longer the delay, the greater the damage and the greater the cost in money, lives, and spiritual vitality.

Like Covid-19, Earth’s pandemic has its telltale symptoms. If you see them, be forewarned. What should we watch for?

It is never wise to disregard dangerous symptoms.

Back to the Bible

The Bible offers a clear biblical perspective here. Nowhere more graphically than in God’s covenants and corresponding human faithfulness or unfaithfulness. Walking in God’s ways or wandering off on our own, whoring after false gods and goals.

This is graphically clear in the book of Deuteronomy. What happens if people walk in God’s ways?

And if people go their own way and ignore God’s covenants?

Then all these curses shall come upon you and overtake you: Cursed shall you be in the city, and cursed shall you be in the field. Cursed shall be your basket and your kneading bowl. Cursed shall be the fruit of your womb, the fruit of your ground, the increase of your cattle and the issue of your flock. . . . The Lord will make the pestilence cling to you until it has consumed you off the land . . . . The Lord will afflict you with consumption, fever, inflammation, with fiery heat and drought, and with blight and mildew; they shall pursue you until you perish. The sky over your head shall be bronze, and the earth under you iron. The Lord will change the rain of your land into powder, and only dust shall come down upon you from the sky until you are destroyed. . . . You shall plant a vineyard, but not enjoy its fruit. . . . You shall carry much seed into the field but shall gather little in, for the locust shall consume it. You shall plant vineyards and dress them, but you shall neither drink the wine nor gather the grapes, for the worm shall eat them. . . . All your trees and the fruit of your ground the cicada shall take over (Deut 28:15-42).

Hear the word of the Lord! Remember that in the Bible, “cursed” means not so much direct punishment from God. Rather it means these consequences will surely follow if you go your own foolish ways rather than the way of God’s covenants.

Here is the biblical background of our situation today. The specific covenants with Israel parallel God’s larger covenant with the land and all creation (Gen 1-2, 9).

Old Testament prophets pick up these same themes. Hosea writes, “hear the word of the Lord, O people of Israel; for the Lord has an indictment against the inhabitants of the land. There is no faithfulness or loyalty, and no knowledge of God in the land. Swearing, lying, and murder, and stealing and adultery break out; bloodshed follows bloodshed. Therefore the land mourns, and all who live in it languish; together with the wild animals and the birds of the air, even the fish of the sea are perishing” (Hos 4:1-4).

Perhaps the Lord of heaven and earth will awaken us to his covenant promises and warnings.

We have much to learn about caring for the earth, about what Scripture teaches, about sowing for blessings rather than curses. Things like: Not poisoning the garden (our yard or globe) with harmful chemicals. Drawing energy from the self-renewing earth, not from polluting fossils. Knowing what exactly we are eating, where it came from, whether the source is sustainable or not. Adopting earth-friendly and poor-and-alien-friendly policies at every level of our lives from our own houses to city councils, statehouses, the White House, the United Nations, and the G-20. Electing people who put earth and people before themselves and their own egos. Learning that healthy farming is polyculture, not monoculture. Protecting earthworms and earth fungi and other soil-enriching microorganisms rather than killing them with chemicals. Living like people who know God has an everlasting covenant with the earth and its creatures (Gen 9).

And read Pope Francis’ stirring little book, Praise, Yes! Caring for Our Common Home (2015)—the title recalling Saint Francis’ Canticle of the Creatures. “The Creator does not abandon us,” Pope Francis says; “he never forsakes his loving plan or repents of having created us. Humanity still has the ability to work together in building our common home” (p. 10).

We know by now what we must do, based on good science and God’s Word. As part of evangelism—living, being, and announcing Good News—Christians globally have a golden opportunity to show the way.