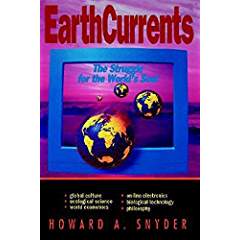 I walk into a shopping mall. In a central courtyard is a beautiful floor made of different colors and sizes of tiles. Admiring the floor, I start to wonder whether the tiles are laid out randomly or by design. I trace the tiles with my eye, seeking a pattern.

No design seems evident within a small area, so I examine a larger section.

Gradually I think I see a pattern. A certain mix of colors and sizes seems to be repeated about every ten feet in each direction. With this hypothesis, I look further.

Walking first in one direction, then at right angles, and then diagonally across the floor, I find my hypothesis confirmed. I have found a pattern in the tiles. It really exists. It’s not just in my mind. I could show it to others.

Satisfied that I have solved the order of the floor, I cross to the other side to do some shopping. Absentmindedly, I continue to trace the pattern in the tiles. Then suddenly, at the far side, I spot an inconsistency. A ten-by-ten section of tiles doesn’t match. Here the pattern seems to have turned to chaos.

Several explanations come to mind. Perhaps someone made a mistake; this section is, in fact, chaotically arranged, contrary to the intended design. Or could this section display a pattern that’s just the reverse of the larger design I had seen? Or perhaps this section follows a totally different plan, unrelated to the larger pattern.

There is another possibility. This section of tiles may be an intentional exception to the larger pattern. Perhaps the designer, for reasons unknown, chose to insert this exception as part of his or her overall plan. This might be confirmed by checking out other work done by this designer. If I discovered similar cases of “disorder” or “chaos” in other work by this person, I would conclude that this designer’s pattern includes one area of apparent disorder!

In other words, disorder could be part of the design, contained within the order.

This point is reinforced if I consider the thought of dimensionality. The parable is a two-dimensional analogy––a flat surface. This is its limitation. Chaos may exist in a part of these two dimensions, as I see in the floor, if some tiles fail to follow the pattern. Yet in other dimensions this chaos vanishes. The whole floor is flat and stable, not chaotic –– thus no chaos in the third dimension. The fourth dimension is also nonchaotic: the whole floor exists in the same time frame.

Just so: What appears chaotic (and may really be so) within our normal dimensions of perceiving may be orderly at higher levels of dimensionality.

The Beauty of Surprising Order

This little parable speaks about the existence and design of the universe. The fundamental order is such that it allows for genuine surprises. We may think these surprises cancel the order; that the two can’t exist together.

Just the opposite! The truth is that the universe includes both Order and Surprise. Surprise is part of the order.

This would be impossible in a clockwork or machine model of the universe. But it might be consistent with other models––for instance, an organic, ecological one.

It is possible of course to make machines with built-in surprises––a jack-in-the-box, a Trojan horse, a virus-laden computer program. The surprise is contained within the order; within the design. But this is a predictable, mechanistic surprise, not surprise in the sense of true unpredictability and freedom. It’s a clever trick.

In fact the universe, at least as a physical place, is marked by both Order and Surprise. This may give some insight into human society and history as well. There can be––must be––both order and surprise in human affairs. One doesn’t kill the other.

But there is also Beauty! Order and Surprise are not the whole story. The universe is also beautiful. Poets and sages through the ages have sung its praises. So have astronauts and cosmonauts, seeing the universe from space. So have astronomers and, occasionally, scientists peering through microscopes.

What makes something beautiful? Perhaps it is precisely (or at least partly) the joining of Order and Surprise.

Poetry and music give good examples. Orderly music has a certain beauty. Add the element of surprise, and the result (if done skillfully) is even greater beauty. Likewise in poetry: it is often the arresting word or image or rhythm that creates exquisite beauty.

Surprise, skillfully employed, boosts the beauty of order. Incidentally, it also makes humor possible. Conversely, surprise which otherwise seems totally chaotic is made beautiful when the right touch of order is added. Like just the right spices.

We see this in life. We are beset by surprises––unexpected and seemingly random and perhaps tragic events. Seeing no meaning or pattern, we feel disorder, tension, anxiety. We ask, why? What’s happening? What is the reason? But if we later discover a pattern that makes sense of the surprises, we are reassured. We can deal with them. We may even see the surprises as enriching the beauty of our lives.

Like reading a story that seems to make no sense. Then finally, near the end, everything falls into place. It all fits, even though it didn’t seem so at first.

Or another example. A man moves from a desert climate to one where it rains often but rather unpredictably. If the man isn’t familiar with the new climate, he probably feels it is chaotic and rather inhospitable. This proves annoying. Over time, however, he discovers the weather pattern and learns to live with it. He may even come to like the new climate better than the old one, appreciating the variety, maybe even the unpredictability.

Or, a less tangible but more personal case. Strange and seemingly random events start to upset a woman’s life. She is stressed and begins searching for ways to cope. If she fails to find a meaningful pattern in the unfolding events, she may well “make up” a pattern to provide order and security. That imposed pattern may be either healthy or unhealthy; it may be actual or fictional. It may in fact be destructive, as when a person concludes wrongly that bad things are happening to them because of something they or someone else has done. For example: “I am a bad person; that’s why these things are happening.”

The point: The universe is in fact marked by order, surprise, and beauty. At least the physical universe is. Perhaps this is true as well of such intangible things as society and history. Human history, for instance, includes great ugliness. Yet, those who have lived life at its ugliest are often the very ones most aware of its beauty. Consider Holocaust survivors.

It seems that order, surprise, and beauty are in fact fundamental marks of society and history, as well as of the material universe. Even things in life that appear chaotic and ugly may, in some ultimate sense, be part of a pattern of order and beauty when and if we come to see the whole picture.

In fact, order, surprise, and beauty must be part of any worldview that is coherent, credible, and functional in people’s lives. At this time in history, especially, humanity needs a worldview that has pattern and order, that yet allows for surprises and seeming chaos, and has a certain esthetic appeal in the way it holds these two together. Only such a view can give really satisfying answers to fundamental worldview questions.

Worldviews that fail to incorporate this trinity of qualities will prove defective and perhaps deadly. Order and surprise without beauty would be a dungeon or a bare island, not a habitable worldview. Surprise and beauty without order would be fascinating at first, like fireworks, but could be deadly and would prove unlivable. Beauty and order without surprise would become tiring and constricting, like a person trapped forever in Disney World. The monotony would finally prove fatal.

Order without surprise, or order and surprise without beauty, or surprise and beauty without order––all run counter to the very nature of the material universe and the rhythm of our lives. They prove functionally inadequate in both personal and corporate human experience.

Here then is one test for the rational coherence and practical livability of worldviews: Do they include order, surprise, and beauty?

(From Howard A. Snyder, EarthCurrents: The Struggle for the World’s Soul [Abingdon, 1995], Chapter 17, “Order, Surprise, and Beauty: The Coherence of Meaning.”)