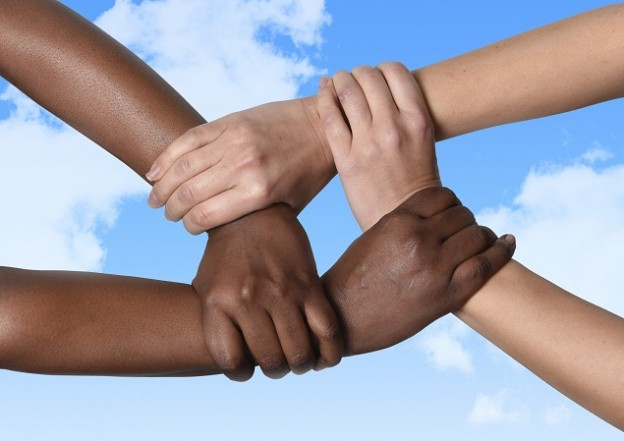 Regardless of where one stands in the political quagmire of these United States or the social strata of our national economic structure, there is a terror manifesting itself that we should all find alarming and disturbing. The recent rise of high profile incidents (including murders) in the African American community, which carry the stench of being racially motivated‎, is an ugly reminder of a history that we in these “United” States would just as soon forget.

And the question I am driven to ask is: What should the church (and, namely, we as preachers) be saying from our pulpits in the face of these far too regular occurrences?

What should we say when“stand your ground” vigilante laws allow an African American boy to be killed because he is suspected of being in the “wrong neighborhood,” believed to look brooding because he’s wearing a hoodie‎, and yet only found to be carrying the deadly weapons of Skittles and iced tea while trying to get home in this racially perceived “wrong neighborhood?”

What should we say when a historic African Methodist Episcopal Church opens its doors and its arms to welcome a white brother to Bible Study, including embracing, and loving him‎ like the black church has ALWAYS done (even during the eras of racism and Jim Crow) only to have his racial hatred assassinate them AFTER being treated as a fellow brother and Christian comrade?

And even since the murders of the “Emmanuel Nine” and the removal of the Confederate flag from South Carolina and Alabama’s capital grounds, black churches are burning and being riddled with bullets because the removal of this symbol of “heritage and pride” has instigated a renewal of white on black racial rage and terror.

And so, what should preachers say to these things? Well, we should say SOMETHING, because saying NOTHING should never be an option! We should not be comfortable in silence, ignoring, or feigned oblivion to what’s happening all around us! And the African American pulpit within predominantly African American churches should NOT be the only voices speaking with prophetic urgency to this. But it is just as essential, if not more, that white ‎pulpits within predominantly white churches proclaim God’s Word in unity and harmony with African American pulpits–speaking truth to power–concerning this renewed national tragedy!

Dr. Martin Luther King, Jr., in his “Letter from a Birmingham Jail” of 1963, wrote with prophetic precision and anointed accuracy to this challenge that I am raising in 2015. He suggested that silently ignoring the ragged racial realities of his day created a type of acceptance of it; that made those inactive and quiet people of good will just as problematic as those who openly opposed racial reconciliation. King wrote that, “Shallow understanding from people of good will is more frustrating than absolute misunderstanding from people of ill will. Lukewarm acceptance is much more bewildering than outright rejection.” He continued by challenging the white church of his day to take a stand driven by our commonality as people of faith (namely Christians) versus our differences denominationally, socially, politically, and (most specifically) racially. King contended that if the white church opted out of this prophetic opportunity, it would essentially be “dismissed as an irrelevant social club.”

And so, all of us, who mount pulpits to proclaim the Word of God, must (regardless of our race, culture, and politics) boldly and unashamedly preach truth to power until “justice rolls like waters, and righteousness like an ever-flowing stream.”

We must say something about the great racial chasm that continues to divide our world, our country, and our churches!

We must say something about selfish special interest groups lobbying for legislation that limits the least; and polished politicians polluting our airwaves with positions they don’t hold and promises they won’t keep!

We must say something about evil economic and educational systems that support the sustained wealth of the rich, promote the continued poverty of the poor, create caverns of co-dependency in our communities, and stands on the neck of any efforts towards self-reliance, self-empowerment, and self-improvement!

We must say something, preachers, about the legalized and legitimized murders of far too many of our sun-kissed and dark hued men, women, boys, and girls who are also an Imago Dei part of the human family whom God desires for the Body of Christ!

We cannot preach with honesty and integrity a belief in the unity of the Church, the common brother and sisterhood of the human family, and the life-transforming power of Jesus Christ‎ while simultaneously remaining silent on this matter that the world needs to hear the whole church speak to! James Forbes in his book The Holy Spirit and Preaching wrote, “If we dare to preach the gospel of the kingdom; dare to make plain the social, economic, and political, as well as the traditionally defined spiritual consequences of pursuing that kingdom, we should expect conflict.”(8) This was the ministry of the prophets and Jesus Christ; the ministry of Richard Allen and Dr. King. It must be our ministry as well! Join me in one united voice, preaching this gospel!