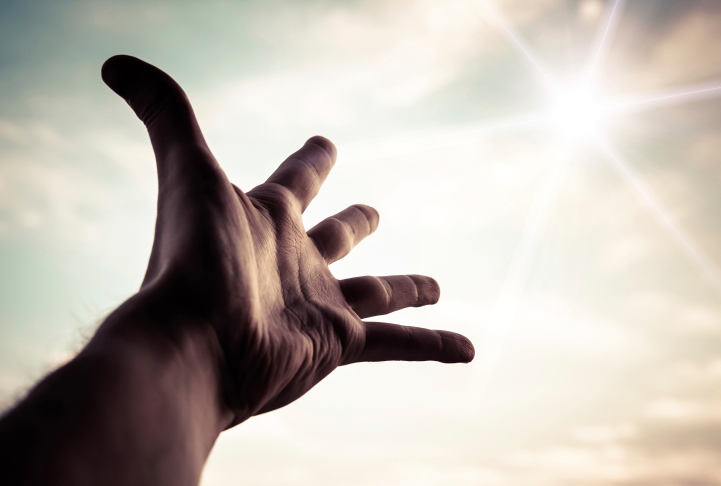 Like all structures, theological or otherwise, Wesley’s doctrine of prevenient grace can be dismantled to enrich our understanding of it.

One commonly confusing attempt to understand this doctrine centers on how prevenient grace has saving intentions to its nature, but is not what might be called “saving grace.” After all, John Wesley is noted as championing a three step gift of God: (1) prevenient grace, (2) saving grace, and (3) sanctifying grace. The former leads to salvation, the second provides salvation, and the latter continues salvation. So, how can divine grace come to all people preveniently without necessarily saving these subjects of grace?

This period of pre-salvation is complex. Prevenient grace by definition “comes before” saving grace, enabling a person to recognize sin, repent of sin, and believe in Christ for forgiveness. Although its effects are saving, Wesley differentiated between God’s gracious enabling and his actual saving. The same love, prompting, and convicting take place by the Spirit. This divine effort is all part of one goal: our full salvation. Yet, a period of conviction precedes the moment of repentance, and the separation of the two causes can offer a helpful perspective towards that whole effort of salvation. Two pairs of distinctions can help explain this phenomenon of prevenient grace: broad versus narrow and objective versus subjective.

The Arminian general gift of grace and that of the Reformed tradition are both similar and different. Albert Outler, perhaps the paramount Wesleyan scholar of the twentieth century, distinguished two uses or forms of prevenient grace. This narrow sense of the term includes “the general illumination of sinners that takes place as a result of the work of Christ, but also the conviction of sin brought about by the ministrations of the Holy Spirit.”[1] The broader sense of the term includes “every way that God initiates activity in the hearts of humankind against the effects of sin in order to accomplish his purposes.”[2] The second, broad application is akin to Calvin’s doctrine of common grace, in which God provides a gracious restraint from the extension of sin in the world. Calvin writes, “So universal is this good that every man ought to recognize for himself in it the peculiar grace of God. The Creator of nature himself abundantly arouses this gratitude in us [even] when he creates imbeciles.”[3] Here, the broad gift of grace is shared between two traditions often viewed as polar opposites: God’s grace, both prevenient and common, causes humankind to do good deeds as if its members were Christian.

This difference in salvation becomes the basis for a more defining distinction, a difference between the broadness of this prevenient gift of grace and that of the narrowness of the Reformed tradition. For Arminius this grace is also the seedbed of salvation; for Calvin that grace does not influence salvation at all. John Wesley remarks, “There is a measure of free-will supernaturally restored to every man, together with that supernatural light which lightens every man that cometh in the world.”[4] Such a view is a broad opportunity for salvation by God’s prevenient grace, without guaranteeing the belief of any certain person. On the other hand, John Calvin remarks, “Let us remember that although life is promised generally to all who believe in Christ, faith is not common to all, but God opens the eyes only of the elect that that may seek Him by faith.”[5] Such a position is a narrow view of salvation, guaranteeing the belief only of certain persons. For Arminians, the broadness of the gift was a universal grace that preveniently enables all. The saving grace that comes to those who believe becomes the narrow application of salvation, conditioned upon a response of belief.

Concerning an objective grace, the gift of God both to influence the world to goodness and sinners to repentance comes indiscriminately to all people. “The true light, which enlightens everyone, was coming into the world,” John 1:9 reports. It applies to all people who follow Adam, even those before Christ, by the technical term “prolepsis” or “prochronism.” Here, the atonement can be assigned to a period earlier than its own. The Book of Hebrews explains how the success of Christ’s work applied proleptically. As a mediator of a new covenant, Christ “offered one sacrifice for sins for all time” (Heb. 10:12; cf. 9:28) including those who lived prior and later. “A death has taken place for the redemption of the transgressions that were committed under the first covenant, [that] those who have been called may receive the promise of the eternal inheritance” (9:15). Christ’s death covers the sins of the Old Testament godly, the thief on the cross contemporary to him, as well as the Christians who believe in him later. Christ’s death facilitates all inheritors of Adam’s sinfulness the ability to seek a savior.

Concerning subjective grace, the Holy Spirit bears on the heart of every person to recognize his or her need for a savior. Whether it be through creation, evangelistic efforts of the church, a sermon, the writing of an apologist, or the silent witness of a believer, the grace of God influences each individually toward repentance. “Every believer’s story is different, as every Christian reports in contemporary testimonies how God miraculously worked on his or her own heart at the time of conversion.”[6]

Whether objective or subjective, broad or narrow, one can center the source of this gracious gift on the atonement. Jesus remarked in John 12:32, “I, when I am lifted up from the earth, will draw all people to myself.” In 2 Corinthians 5, Paul states that God has saved believers through what he calls the “ministry of reconciliation.” The message of this ministry is “that God was in Christ reconciling the world to himself” (v. 19). This reconciliation at the cross has an application to all who believe and are called elect, and an invitation to those who do not yet believe. In his letter to Mr. John Mason, Wesley just made this claim: “Adam’s sin … is cancelled by the righteousness of Christ.”[7] Kenneth Collins says, “Thus, the atonement of Christ … is the foundation for all the grace … which God showers on the world, but it is the Holy Spirit who conveys this boon to humanity by his very presence.”[8]