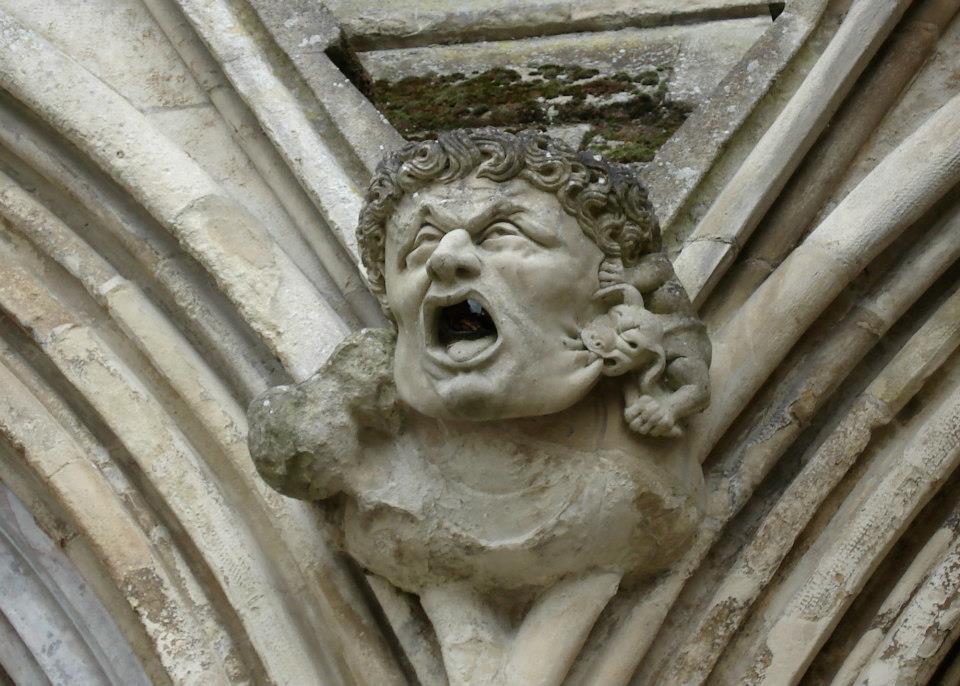 (Based on a non-canonical hypothetical conversation between Jesus and Thomas.)

For forty days after his resurrection, Jesus met often with his apostles, speaking about the kingdom of God (Acts 1:3). The apostles asked many questions about times and seasons, and about God’s plan.

One day Thomas said to Jesus, “You rose from the dead and defeated Satan! But there is still so much violence and evil in the world. Why?”

Jesus replied, “As I have often told you, there are many things you do not understand now, but you will know later.”

Thomas said, “But can you give us some help now? We are troubled and puzzled that we still see so much suffering and evil all around us!”

Jesus said, “This is a very big question. And there will be a very big answer.”

Thomas said, “Surely there must finally be a truly satisfying answer to evil! Especially the problem of so much terrible and seemingly meaningless, innocent suffering in this present world.”

Jesus said, “In the Age to Come, the Father will fully compensate for all this evil and suffering. He will make up for it fully.”

Thomas replied, “Well, yes. God’s purposes are always good and perfect. And your people in the past have always said that. The Psalms often say the same thing, one way or another. Among us Jews, it’s the traditional answer. But it doesn’t give much help to people who are suffering right now!”

Jesus said, “Yes, I know. But there is a great truth here. In the Age to Come, the Father will fully, genuinely compensate for all the suffering in the present world. He will give the victims of suffering a rich, fulfilling life that far outweighs the suffering. Even if the people who suffer now do not know me now in the midst of their suffering, they will know me then.”

Thomas was quiet, pondering these words.

Jesus continued: “Actually the life to come will be richer, fuller, deeper, more joyous and satisfying than if the person had never experienced the suffering at all. Tears of suffering will become streams of joy.”

Jesus said, “In that day you will see that the painful, often overwhelming experience of suffering will have been redeemed. In fact, the heavy agony of suffering will make the New Creation richer and brighter than if it had never happened!”

Thomas said, “I can’t comprehend that.”

Jesus said, “No, not yet. But search the Scriptures. Many places the Law and the Prophets point this direction. Some of my chosen instruments in coming days will teach and write things that point this way. This will give comfort to those who mourn or suffer or must endure torture, tragedy, exploitation, and abuse.”

Jesus added, “I am not saying everyone will be saved, or that suffering buys salvation. No. But I have paid the ransom. I have opened the door. I have conquered death, suffering, the grave, the Evil One.”

Thomas and the other apostles fell silent, thinking about these words.

After a few minutes Jesus added, “This is for you to believe. You must trust me and the Father. You must let my Spirit lead you. And you will be my comforting arms and hands and feet now, to the world’s poor and oppressed, the world’s suffering ones, here and to the ends of the earth.”

Jesus concluded, “So this is for you to believe. It is faith and trust. It is hope, not as the world gives, but as promised by the Father in the Scriptures, and as you have seen in me and in all that I have taught you. This is not meaningless. It is not empty words. It will not satisfy the wisdom of the world. But it is the truth.”

Jesus said finally, “I am the Lion and the Lamb. Right now, people see me mostly as the Lamb that was slain, who died but rose again to bring salvation. But I am also the Lion of the Tribe of Judah. The day is coming when I will roar, evil will be judged, and the earth will be filled with the glory of God as the waters cover the sea.”

Postscript: N. T. Wright argues in Surprised by Scripture that the solution to the problem of evil is to be enacted, not explained philosophically. We, God’s people, are to be the solution to the problem of evil. Wright argues, “The suffering love of God, lived out again by the Spirit in the lives of God’s people, is the God-given answer to the evils of the world” (Surprised by Scripture, 124).

Still, the problem of evil remains painful and complex for us now, as I discuss in my previous Seedbed post, “The Myth of ‘God’s Uncontrolling Love’” (a version of which is now also on Academia.edu).