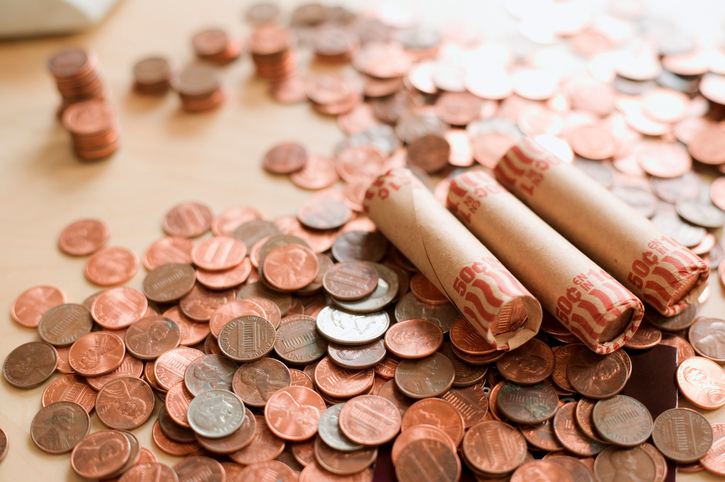 Stories have a certain power in our lives, especially when they are stories we live ourselves.  Here are three stories that have impacted me.

After working with our small group to set up an apartment for an Iraqi refugee family with beds and furniture, and stock their cabinets with dishes and food and toiletries, I drove to the airport to meet them as they stepped onto American soil for the first time. I watched as the family of 4, exhausted from their long flight and no doubt from the violence and uncertainty they had endured, held the small amount of luggage they were able to carry with them—their only belongings. Later I sat with them in their small apartment and listened as they told me about their families in Iraq, still living in war-torn communities.

On another occasion, I shared a meal with an undocumented immigrant that my sister had befriended.  She related her story of coming to the US when she was just a child. She described how her parents sacrificed and risked to try to give her a better life. Unfortunately, these opportunities were lost due to her inability to become an American citizen.

More recently, I received a text from another sister, a school nurse in a rural community with many immigrants, explaining the tremendous fear the students in her school felt after our recent election. One student in particular was so anxious and afraid of what might happen to his family that he was physically ill.

These stories, and others like them, have left their mark on me. They have become a lens through which I, an American, and by most measures a person of privilege, view the world around me.

As a Christian, the stories and parables Jesus told also define my view of the world. Some of Christ’s stories are easier to understand and apply than others. For me, one parable in particular, the Parable of the Talents, has been more difficult than others.  My husband, a former corporate banker and a current business professor, has encountered a variety of different “business-related” applications of this parable. Like others, I can see how it makes sense to interpret Jesus’ words in terms of work, investment, and productivity. However, I confess that I have tended to find these applications somewhat awkward and have struggled to discern a more personable application.

However, I recently reread this parable with my daughter and as we discussed it, I saw something I hadn’t seen before.  What if the parable of the talents had less to do with productivity, and more to do with risk?

The Message puts it this way (in response to the third servant burying his money):

Where I had been looking for productivity, work ethic, or the right formula for avoiding condemnation and assuring safety, I was missing the risk inherently involved in doubling the money that was given. In order to make more money (and clearly Jesus wasn’t talking about money, but the Kingdom of God), one has to let go of what one has. Holding on too tightly and maintaining the status quo may feel safe, but it will never bear fruit.

In our current political climate, immigration and the refugee crisis has become a topic almost as divisive as views on abortion and redefining marriage. I have watched with dismay as fellow Christians, with whom I share deeply held and formative theological beliefs, have seemingly aligned themselves with people in power who promise to keep “others” out, to build walls, to limit incoming refugees, and who speak in language that further entrenches us in an “us” versus “them” mentality.  I watch with deep sadness and confusion as many fellow Christians seem to make grabs for safety, while closing their eyes to blatant materialism, ethnocentrism, racism, and misogyny.

I don’t make those statements lightly or from an ivory tower of “holier-than-thou.” I am a wholehearted member of the Church. I love this large and diverse body and I owe so much of who I am to her members who have modeled Christlikeness for me, lived in community with me, and who have often made sacrificial choices for the sake of the Kingdom. I speak from the confusion I feel in this space of division. And I wonder—could it be that we are responding to fear, to the inherent instability of risk?

Instead of being led and empowered by the Kingdom of God, where there is no scarcity and no need to protect oneself, is fear reigning? Is it fear that is driving us to keep ourselves safe, to avoid risk,  to maintain things as we imagine they have always been, to keep everyone around us looking like us? Is fear is pushing us to employ that dreaded human ability to objectify others? Is fear convincing us that as long as the “them” is a faceless number, or a statistic, then they can be seen as “less than” and treated accordingly? Is fear demanding that the people who hold the human power need to have our best interests in mind and protect us from threats from within and without? If we are honest, are we heeding the threat fear makes that the Kingdom of God just isn’t enough?

Fear. It’s what the third servant felt. It’s why he buried what he had been given, why he settled for the temporary safety of the status quo, why he was so blind to what his master desired from him.

The implication seems obvious to me now: I—we—have been entrusted with much, but it’s for the Kingdom, not for ourselves. And in order to build the Kingdom, we need to let go.

We need to risk.

Left to my own devices I would gravitate (or run!) towards what feels safe and secure. I would hold on tight to what I have been given out of the fear that if I risked letting go at all, I would lose it.

Left to draw my own conclusions, without the stories of people who are “other” than me, like refugees and immigrants, I might conclude that I needed to hoard my sense of safety and my national citizenship. I might decide that letting go of some of my privileges and welcoming in the stranger is just too risky, and not worth the cost.

But being a citizen of the Kingdom means that we are not chained to the demands of fear, and we don’t look for political power or the status quo to keep us safe. It means that we look for ways to build His Church as the immigrant and the alien, the fatherless and the oppressed come to us. It means that we let go of the way things have always been and embrace standing up for those who have lost their voice to war and violence and poverty. It means we stop pretending that our job is to hand back to our Master only what we have been given.

In light of the stories I began with, I humbly offer this:  The Parable of the Talents is a timeless message to us now about what it means to live as citizens of the Eternal Kingdom in a world that is changing and increasingly unsafe.

Perhaps these are the words we need to hear for our time that will call us to “put our talents to work” so that we can present to our great King something greater than safety.  The nations, in the form of immigrants and refugees, are coming to us. We, the Body of Christ, have a tremendous opportunity for to further the Kingdom. Our Master will return. What will we present to him?