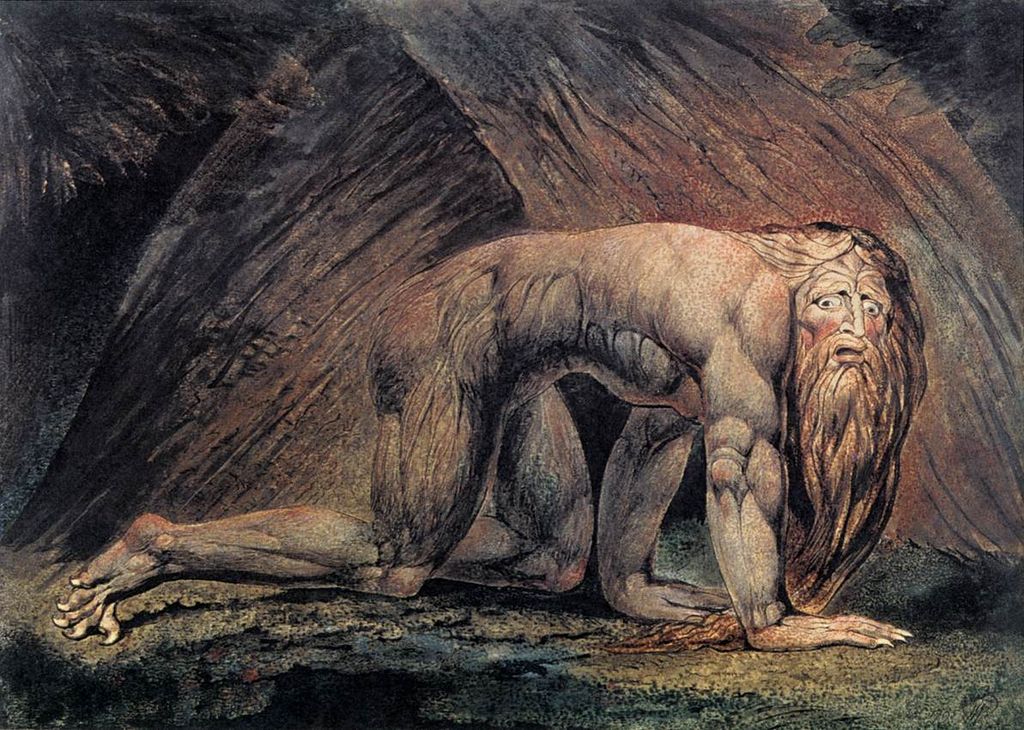 So, walking into the room filled with gas fumes that was the upset king of Babylon, Nebuchadnezzar, we’ve noticed Daniel could confront the fear and insanity of the moment because Daniel found a way to fit in, to be at home culturally in the place where God put him. But, paradoxically, in that place, Daniel learned to stand out. There is another pair of things I notice, and they also stand in some tension with each other.

The third thing I see about Daniel, and rather like the “fitting in” issue, is a bit of a surprise. Daniel Shows a Striking Tenderness toward Nebuchadnezzar. Recall just who this guy Nebuchadnezzar is: three, maybe four devastating attacks on Judah and Jerusalem one after the other, in (perhaps) 604, 601, 597, 586 and again in 585 B.C. Each time, he took captives. In 597 he had deported many back to Babylon, including the newly crowned young king, Jehoiachin. Then in the nightmare of 587-586, Nebuchadnezaar had slowly strangled Jerusalem with a bone-crushing siege in which starvation pushed some Jerusalemites to cannibalism. Nebuchadnezzar brutally killed King Zedekiah’s sons before his very eyes, then blinded Zedekiah and dragged him to Babylon, where his predecessor, Jehoiachin, enjoyed the acceptance of the Babylonian court as the true king of Judah. We have no account of Zedekiah’s death, but he doubtless lived his last years utterly shamed. Of course, in 586 Nebuchadnezzar razed the city of Jerusalem, demolished the temple of Solomon, looted the sacred precincts of their holy objects which were brought to Babylon and later subjected to further sacrilege. Nebuchadnezzar then abandoned the city, making no efforts even to insure that what few survivors remained could pay him tribute. So, to a frightened Nebuchadnezzar, Daniel could be tempted to say “Well, Nebuchadnezzar, your sins are catching up with you. God is going to burn it all down.” But Daniel shows genuine tenderness for the tyrant. In 4:19, Daniel wishes the dream and its meaning were for the king’s enemies, not him.

And the dream… The king saw a great tree, nourishing and shading all, brutally cut down by order of a “Holy Watcher” from heaven. The tree stump is rained on, but not uprooted: an iron band clamps the stump, presumably to slow its decomposition on invasion by parasites. Daniel informs Nebuchadnezzar that he, in fact, is the tree, and the tree’s felling portends a time of bestial insanity, in fact, “seven times” worth of insanity. We don’t know what that means, but the time was significant. Though this could have been a source of real pleasure to Daniel, he shows tender compassion. Daniel stresses the devastating reality of the coming insanity, but also assures the king of hope of restoration: that iron band around the stump pointed to divine mercy.

Insane, dangerous times, even times of grief, anger and outrage, must still be times of tenderness, even for an enemy. Daniel had seen a goodly share of death and suffering, all caused by this king. Nevertheless, he wishes no harm on the king, so when this dangerous, powerful man enters a moment of vulnerability, Daniel’s voice sounds notes of reason and compassion.

But today we tend to think “reason and compassion” imply lowering God’s standard of righteousness, of being soft on sin. Not in Daniel’s case. The fourth thing I find here is that Daniel Honestly Witnesses to God’s Standards of Justice. In his tenderness, Daniel speaks soberly and with restraint of God’s moral order. This dream story is all about power and pride, the two trademark character features of Nebuchadnezzar, known for pride, savage use of power, injustice and oppression, and the violent destruction of others to expand his power and aggrandize the massive appetites of himself and his favored elites. Without preaching a long sermon, Daniel is honest about these things.

Nebuchadnezzar therefore will lose that one thing that was his glory: his charismatic, incisive mind. The mind that envisioned a global empire, a dazzling urban center, ornate temples, the hanging gardens of Babylon…wonders of the world then, legendary even today…this mind will now descend into bestiality. Nebuchadnezzar must be driven insane to see the insanity he had been living all along!

So Daniel pleads with the king (4:27) to break off from his sins, to practice righteousness, stop the violent oppression, and promises that God will indeed be gracious. But Nebuchadnezzar does not heed. Then, 12 Months pass. As often happens, the slow pace of divine justice is mistaken for its unreality. But suddenly, “it” happens. It’s actually a familiar biblical scene: someone patting themselves on the back, thinking they’ve got it made, and God calls their name. “This day your soul is required of you.” And then the night fell on the brilliant, arrogant mind of Nebuchadnezzar.

Nebuchadnezzar was lucky. He got the message. He recovers, confesses the lordship of God, and admits that his own pride has been humbled by God. It’s revealing to compare the proclamation at the beginning of Daniel 4 with the one at the end. The first is the word of a fan but the second, the word of a follower. The speaker of the first is impressed, of the second, convinced.

All because of Daniel. Daniel found a way to fit in. He didn’t compromise or cave, but stood out. He truly loved his enemy, but he did not flinch from God’s just requirements. So Daniel became an agent of redemption.