Some Other Morning - Seedbed
close
Menu

Note: I realize that I used the David Bentley Hart quotation at the end of this article in my last piece, about two weeks ago. I used it in the homily, and didn’t want to delete it in the blog version. It’s worth reading again anyhow!

In the Daily Office Lectionary, Psalm 74 is set as the evening Psalm. I wonder a bit at the wisdom of the editors. This psalm, right before bedtime, might well lead to nightmares!

Lots of psalms deal with complaints, laments. It’s one of the things we love about the Psalms, the transparency of the prayers. Anger, guilt, loneliness, resentment, hatred…it’s all there, all laid before God without shock or shudder. Normally, we get to see the psalmist move from the destructive, negative posture to one of praise and surrender.

Psalm 74 surprises precisely because of its lack of resolution. the last note is one of clamor. Perhaps that’s because of what it seems to be talking about. The psalmist, of the family of Asaph, appears to have been an eye-witness to the destruction of the temple in Jerusalem by the soldiers of Nebuchadnezzar in 586 B.C. He has seen horrible things:

Direct your steps to the perpetual ruins;
the enemy has destroyed everything in the sanctuary.
Your foes have roared within your holy place;
they set up their emblems there.
At the upper entrance they hackedthe wooden trellis with axes.
And then, with hatchets and hammers,
they smashed all its carved work.
They set your sanctuary on fire;
they desecrated the dwelling place of your name,bringing it to the ground.
They said to themselves, “We will utterly subdue them”;
they burned all the meeting places of God in the land.

And notice the phrase “perpetual ruins.” The Psalmist isn’t standing there, appalled, as the still-burning temple smolders. No, it has stopped smoldering. The weeds are growing up. The processes of erosion, abandonment, neglect…all have been doing their work for decades, reducing the temple mount to a place where wild animals graze. The psalmist suffers under an old bruise on the soul. His is a mature grief.

But surely there is some hope, some word from the Lord? Unfortunately, no.

We do not see our emblems;
there is no longer any prophet,
and there is no one among us who knows how long.
How long, O God, is the foe to scoff?
Is the enemy to revile your name forever?
Why do you hold back your hand;
why do you keep your hand in your bosom?

As a side note, rather striking here is the Psalmist’s apparent ignorance of Jeremiah, who stated in no uncertain terms that the Exile in Babylon would be 70 years, long enough for God to make a full end of the old Israel in order to bring a New Israel out of the wilderness (Jer. 25:1-14). Daniel knew of Jeremiah’s word, and prayed for its fulfillment (Dan. 9:1-2). But the Psalmist, apparently unaware prophet’s message, has no word to which he can cling.

So he does the only thing he can do: He clings to God.

Yet God my King is from of old,
working salvation in the earth.
You divided the sea by your might;
you broke the heads of the dragons in the waters.
You crushed the heads of Leviathan;
you gave him as food for the creatures of the wilderness.
You cut openings for springs and torrents;
you dried up ever-flowing streams.
Yours is the day, yours also the night;
you established the luminaries and the sun.
You have fixed all the bounds of the earth;
you made summer and winter

Here he blends the miracles and wonders of old, the dividing of the sea, the defeat of Leviathan, the chaos monster, God’s mastery over the cosmic floods, turning them on and off like a faucet, at will. But he also does something else: he affirms God is “my king.” However contrary the circumstances, he claims God as his king. However absent, however distant the mighty acts of Yahweh seem, however much they seem a long lost past, a dead past, the Psalmist declares God as his King.

The Psalmist also does something surprising. In the ruins of the temple, and in the ruins of his own peace, he simply affirms the order of creation. God doesn’t just slaughter the chaos monster. He also owns the day and night, he sets the boundaries of creation, summer and winter come and go. The psalmist has seen the ravages of time on the sacred mount. He knows indeed, that time does not heal. But he also knows that healing always takes time. I wonder if in fact, he found more comfort in the simple, relentless orderliness of the creation, than in the dramatic stories of miracles that don’t seem to happen anymore.

So he finally decides what he must pray:

Remember this, O LORD, how the enemy scoffs,
and an impious people reviles your name.
Do not deliver the soul of your dove to the wild animals;
do not forget the life of your poor forever.
Have regard for your covenant,
for the dark places of the land are full of the haunts of violence.
Do not let the downtrodden be put to shame;
let the poor and needy praise your name.
Rise up, O God, plead your cause;
remember how the impious scoff at you all day long.
Do not forget the clamor of your foes,
the uproar of your adversaries that goes up continually.

He ends his prayer with an appeal for God to remember his covenant. In the midst of “the dark places of the land” —remember, this is the Promised Land, but there are still “dark places”—that are “full of the haunts of violence,” he calls on God not to forget the terrible things that are happening.

One thing the Psalmist does not do…he does not try to turn the pain into blessing. He does not try to re-name the darkness light, he doesn’t deny the pain and horror, the apparent absence of God. He is not an optimist. He cannot look at the abandoned ruins of the Holy Place and say “Maybe it’s really all for the best.”

He waits. He knows what he is looking at, and knows that he must not lie. He must not re-name it, re-frame it, or deny it. It is evil, wrong. He must wait, trust, and pray until he sees something else, Someone else.

After the tsunami of 2004 that ravaged the south Pacific, we heard a lot of chatter, a lot of loose talk, from self-appointed philosophers and theologians about what this implied for the reality, the existence of a good, all-powerful God. It was David Bentley Hart, though, in a little book entitled By the Doors of the Sea, gave the best account, and his closing words are worth hearing here:

Until that final glory, however, the world remains divided between two kingdoms, where light and darkness, life and death grow up together and await the harvest. In such a world, our portion is charity, and our sustenance is faith, and so it will be until the end of days. As for comfort, when we seek it, I can imagine none greater than the happy knowledge that when I see the death of a child, I do not see the face of God but the face of his enemy. Such faith … [has]  set us free from optimism long ago and taught us hope instead. Now we are able to rejoice that we are saved not through the immanent mechanisms of history and nature, but by grace; that God will not unite all of history’s many strands in one great synthesis, but will judge much of history false and damnable; that he will not simply reveal the sublime logic of fallen nature, but will strike off the fetters in which creation languishes; and that, rather than showing us how the tears of a small girl suffering in the dark were necessary for the building of the Kingdom, he will instead raise her up and wipe away all tears from her eyes – and there shall be no more death, nor sorrow, nor crying, nor any more pain, for the former things will have passed away, and he that sits upon the throne will say, “Behold, I make all things new.”

So our Psalm for the evening prepares us for a long night. You know, sometimes it’s not better in the morning.

Sometimes, must await another morning. 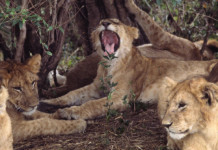 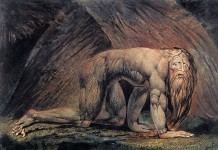 Sanity in an Insane World-Part 2 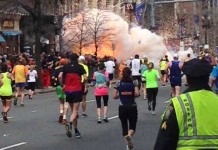 © Seedbed 2021
Some Other Morning
MORE STORIES