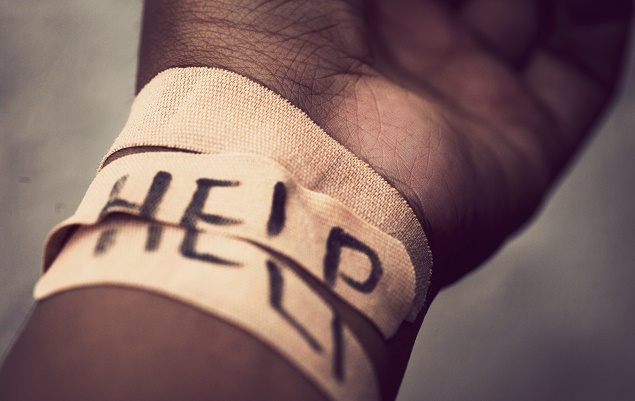 We experience the stories on the news: friends and family members with tears and choking voices saying, “I can’t believe he would commit suicide.” We hear statements of shock and denial from people trying to grasp a truth that is impossible to hold on to for very long.

Suicide. Permanent. Painful. Grief. Anger. Shame. It is something we don’t want to think about—something we avoid—because it is what happens to other people. But, avoidance only works until we have to confront it because it has impacted us. Then, like a curtain drawn back, we begin to see how pervasive it is and fully realize the stigma around talking about it.

September is National Suicide Awareness Month, and we here at Soul Care want to break through the silence and stigma. We want to encourage you to enter into dialogue about addressing the shame that surrounds the topic of suicide. Speak up and help others ask for help when they think the only way to end the pain is to end their lives. Let’s also start conversations that address the stigma and shame for those left behind to mourn.

Individuals who show warning signs of having suicidal thoughts or behaviors need compassionate, safe people to engage them. Families and friends who have lost someone to suicide need people with wisdom to encourage them and to listen to the stories of their grief and love for the one who could no longer bear to continue to live in this world.

There are conversations that can make a difference in ending the silence and dispelling the lies that define the choice to take your own life. The conversations may be hard, but they can be lifesaving.

As a trauma therapist, I have had hard conversations with clients, friends, and strangers. I have had to ask if they are planning on harming themselves or others. These conversations sometimes continue with asking about specifics of how they have planned to take their lives. Though they were in a place of soul crushing darkness, those conversations ended with a plan to stay alive for one more day, and then another, and another.

The hardest part of the conversation is knowing that you can bring up the word suicide. Asking someone about their intentions while remaining open, honest, non-judgmental, and willing to be present is a powerful thing, especially to someone who has been living in their own pain and thoughts until they believe the only option is to end their life.

Conversations remove the stigma associated with mental health issues and suicide. There are many wonderful resources available to help coach you through having an exchange with someone you suspect is bordering on harming themselves. These resources also have 24-hour crisis lines and lists of helpful things to do, more resources to read, and how to comfort people who have lost loved ones to suicide.

Look through the following resources and get comfortable with a very uncomfortable topic. Become aware of the warning signs and don’t hesitate to have this potentially life-saving conversation.

You can do this because you care—because you know that not having the conversation is no longer an option.

More on Suicide from Seedbed

On Suicide: The Power of Having a Marathon Partner
Suicidal Thoughts: an Inside Look

Charlotte Easley is a member of the Soul Care Collective Steering Committee.