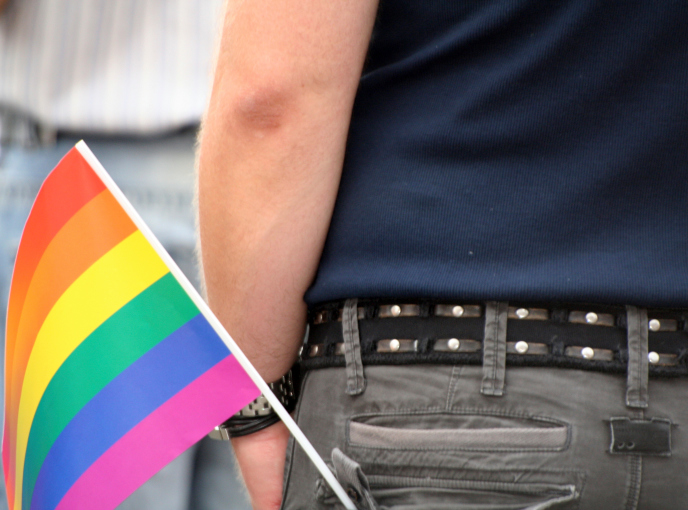 Every month or two there is another hot-button issue developing in the world that will no doubt work its way into your next small group, Sunday school or coffee conversation with students.  Students will be very disappointed if you never address the issue at all, but addressing these off the cuff can be disastrous in many ways including students’ future spiritual well-being and your own job security.

So what do you do?

Teens are making a difficult transition in their spiritual life over the teen years.  As they grow and mature, they are moving from believing because their parents believe to believing because THEY believe.  In other words, they are forming their own beliefs about basically every spiritual, theological issue, and you are being invited to be part of that.

You cannot take that role lightly.  If you do, you will watch as students graduate from your youth group and also graduate from their faith.  You job is NOT to tell them what to believe, but guide them through the tools (like the Quadrilateral) that will allow them to form THEIR beliefs.

Why is that important?  Because when students leave your care and have a belief challenged by a professor, they are going to ask, “Why do I believe this?”  If the only answer is because that is what their pastor believed, the belief is as good as dead.  If instead they have a list of reasons they developed on their own though a tool they now know how to use they can re-evaluate and figure out where this new information or challenge fits or doesn’t in their belief system.

That is not to say that you don’t have a role in offering a perspective, but that role needs to be detached.  A great professor named Parker Palmer talks about this way of teaching. He talks about it as giving life to an idea as if the idea or position was another personality in the room.  You treat it  as someone with whom students can interact (through you) and who will respond.  However, it is not you. It is not your ideas or opinion. It is a third-party.

In this setting, your role is not to offer what you believe (see #1) but to offer what your church believes. That means you need to get a very good understanding of what your church believes and why it believes it.  For the UMC, CME, AME Zion, and Wesleyan Church you start with the Discipline (the Manual for Nazarenes and the Doctrines and Disciple for AME), but if you are unsure of the official document for your church ask the senior pastor.  From there you get a good idea of all the extra bits that aren’t in the official statement from your leader.

3. Talk to your supervisor

Whenever you talk about a hot button issue you need to inform your supervisor.  Don’t just shoot them a text before you walk into the youth room, but set up a time to talk through what you are going to say, how you are going to say it and ask them how they would like you to respond to the kinds of questions you expect.

Depending on the advice of your supervisor, it will likely be helpful to inform the parents of the controversial subject matter so that they can ask you questions ahead of time or not send their kids if they prefer.

All that preparation is to ensure that when you walk into the room to address the issue, you have what you need.  Whatever you do, don’t skip a bunch of those steps so that you can talk about it “while it’s still hot.”  It will ALWAYS be hot.  It is far better to be successful in a sensitive discussion than to be the first to have it.

You start by introducing the current version of the issue.  For homosexuality in the next couple weeks you may talk about the Supreme Court Ruling.  However, you need to move quickly from the current expression of the issue to recognizing that it is something far bigger than whatever the latest headline is proclaiming.

From there you should say something like, “I don’t want this to be a conversation about what I believe. I am good with sharing my thoughts and beliefs on this issue, but I don’t want to begin there or move there too quickly. I would rather begin on a much larger and more firm foundation– that of what  the church believes…”

From there you can spend ten or fifteen minutes laying out the belief that your church has by situating it within the current conversation.  You should make sure to engage seriously with the valid claims made by opposing opinions.  When you engage with them, you need to treat them as reasonable options and your church’s beliefs as choices made to go in a specific direction.

Then, as the representative of your church’s belief, you open the floor for discussion… not argument or debate.  Allow students to express their own personal journeys, their stories and the stories of their friends.  Offer them grace and peace through the words and lens of your church’s position.

Whatever you do, do not ask students to decide on the spot or raise their hand for which side they are on.  This is only the beginning of the process.

Now that you have started the conversation.  Now it’s time to follow up with most of the students that were present starting with the ones who seemed most engaged or troubled.  In these conversations you begin guiding them to explore deeper and form their beliefs through scripture, tradition, reason, and experience.  You meet with them multiple times and watch as they claim for themselves faith in the savior of the world.