The Bible and the Creeds of the Church - Seedbed
close
Menu 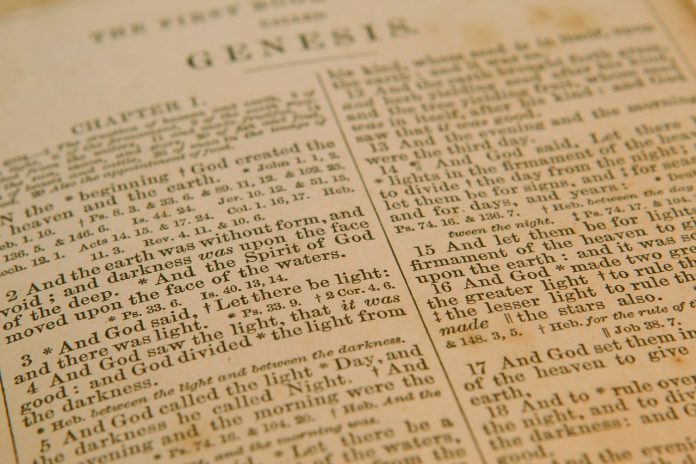 At times in the past, Christians have developed short statements of faith to guide believers in their understanding and proclamation of the good news of Jesus Christ. Some churches, such as the Roman Catholic Church, the Orthodox Church, the Anglican Church, and some Methodists and Presbyterians are explicit in their use of the historic creeds. The most commonly used are the Nicene Creed and the Apostles’ Creed. Some Protestant churches, especially those that practice more informal or contemporary forms of worship, have what might be called an “implicit creed.” For example, in these churches, you would likely learn that God is the Holy Trinity, and that Christ was fully God and fully human. These beliefs, summarized for the church in historic creeds, have made their way into the theology of these Christian traditions, even though the creeds themselves have not. Rather than preserving these beliefs in the form of a creed, these communities pass them down through preaching, music, and teaching.

Occasionally I have heard people claim that their church or denomination is non-creedal. I don’t believe that there is any such thing as a non-creedal church. There are churches with implicit creeds and churches with explicit creeds. Every Christian tradition, however, is organized around some set of beliefs that set it apart from other traditions, and the adherents of those traditions generally know what those beliefs are. These beliefs help to shape the ways in which the community of faith understands and applies Scripture. Why are the creeds important? They are important because they summarize for us the story of God’s saving work on our behalf. This story tells us what God has done in the past, including the creation of the universe, the coming of God’s Son to save us from sin, and his crucifixion and resurrection. It also tells us of what God is doing in the present as the Holy Spirit abides among the community of the church. Finally, it tells us what God is going to do in the future by raising the dead, judging all people, and receiving the faithful into eternal life.

This is the story of our salvation, which has a beginning, middle, and an end. In various forms, it has been preserved to teach Christians about the nature of God and what God has done for us. As Christopher Bryan wrote, “Insofar as our biblical canon as a whole has a ‘matter,’ this creedal story, this Rule of Faith, is it.” (Listening to the Bible: The Art of Faithful Biblical Interpretation [New York: Oxford University Press, 2014], 68.) In other words, the Bible tells us a story that is summarized in our historic creeds. Insofar as we understand this story, we grasp the central ideas about God’s creating and saving work on our behalf. It is easy to misinterpret Scripture, even if we have the best of intentions, and the creeds help to make good theological sense of what we read in the Bible.

The second-century Christian bishop Irenaeus wrote a work called Against Heresies. He was dealing with forms of early Christianity that he felt did not sufficiently express the basic content of the gospel. Those people with whom Irenaeus took issue, however, were most often using exactly the same sacred texts as he was. The problem was not that they were using the wrong texts, but the way in which they interpreted them. Irenaeus said that the Bible is like a mosaic that depicts a king. Some people, however, come along and rearrange the pieces of the mosaic so that, rather than a king, it depicts a fox. In other words, they cause the writings of Scripture to testify to something other than that which God has done for our salvation.

Reading through parts of the Bible, for example, like the Gospel of John, we might begin to wonder about Jesus’ full humanity. Yes, John’s Jesus is certainly divine. We learn this in some of the first verses of the Gospel: “In the beginning was the Word, and the Word was with God, and the Word was God. . . . The Word became flesh and made his dwelling among us” (John 1:1, 14). This Word, who was God, became flesh . . . but what does this mean? Christians in the past have wrestled with this very issue. And almost all churches of both the East and the West have assented to the statements of the Nicene Creed on this issue:

For us and for our salvation
He came down from heaven,
was incarnate of the Holy Spirit and the Virgin Mary
and became truly human.
For our sake He was crucified under Pontius Pilate;
He suffered death and was buried.
On the third day He rose again
in accordance with the scriptures;
He ascended into heaven
and is seated at the right hand of the Father.

Jesus was incarnate. He was made human. He also suffered and died. He was not an angel or simply a spirit, but a person. Even after the Nicene Creed was finalized, however, Christians continued to struggle with the difficult issue of the relationship between Jesus’ divinity and humanity. To address ongoing questions and disputes, theologians developed the Definition of Chalcedon (which is basically another creed), and like the Nicene Creed it was adopted broadly throughout the church. The Definition specifies that Jesus was “perfect in Godhead and also perfect in manhood; truly God and truly man,” and that he was “in all things like unto us, without sin.” Jesus, then, was entirely divine, and he was also entirely human. He was no less of one than the other. Without the guidance of the church, we might miss this point. If we don’t have in hand some of these basic concepts about who Jesus was and what God did through him, we are bound to misunderstand many other aspects of our faith.

These creedal teachings of the church provide some helpful parameters for our interpretation of Scripture. The Bible is really too large, and its subject matter too vast, for any one of us to interpret on our own. Therefore, we read with the communion of saints, both past and present. The church’s creedal tradition provides helpful and concise material born out of the struggles between earnest Christians attempting to understand the nature of our God and our salvation through Jesus Christ. As we walk the pathway into the life of God, the saints who have gone before us have left markers along the way. 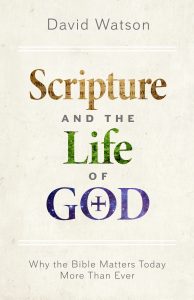 If you enjoyed this entry, you’ll benefit from Scripture and the Life of God by David F. Watson. In these pages you’ll: (1) Gain spiritual appreciation for the Bible (2) Grapple with some of the difficult portions of Scripture (3) Learn to use the Bible as a means of grace an catalyst for personal growth. In Scripture and the Life of God, David Watson takes us on a journey through what it means to enter into the life of God through texts that God has inspired and made authoritative for the teaching of the Church.