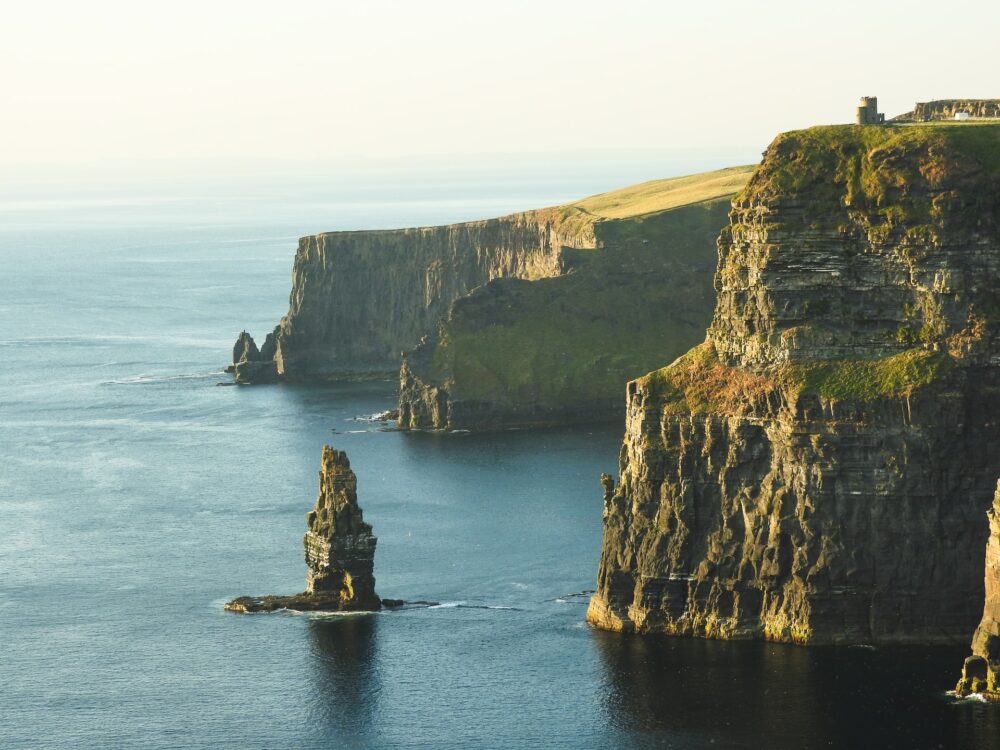 I bind to myself to-day,
The strong power of the invocation of the Trinity:
The faith of the Trinity in the Unity
The Creator of the elements.

I bind to myself to-day,
The power of the love of Seraphim,
In the obedience of Angels,
(In the service of Archangels,)
In the hope of Resurrection unto reward,
In the prayers of the noble Fathers,
In the predictions of the Prophets,
In the preaching of Apostles,
In the faith of Confessors,
In purity of Holy Virgins,

I bind to myself to-day,
The power of Heaven,
The light of the Sun,
(The whiteness of Snow,)
The force of Fire,
The flashing of lightning,
The velocity of Wind,
The depth of the Sea,
The stability of the Earth,
The hardness of Rocks.

Christ, protect me to-day
Against poison, against burning,
Against drowning, against wound,
That I may receive abundant reward.

I bind to myself today,
The strong power of an invocation of the Trinity,
The faith of the Trinity in Unity
The Creator of the Elements.

This hymn sets out the richness and the depth of the Christian understanding of God. The hymn begins by surveying the vast panorama of the works of God in creation—one of the great themes of Celtic Christianity. The wonders of nature are reminders that God’s presence and power undergirds the world of nature.

The hymn then turns its attention to the work of God in redemption. It declares that the same God who created the world—the earth, the sea, the sun, moon and stars—acted in Jesus Christ to redeem us.

We are thus invited to reflect upon the history of Jesus Christ: his incarnation, baptism, death, resurrection, ascension and final coming on the last day. These powerful ideas do not displace the belief that God created the world, and may be discerned in its wonders; it supplements this, by focusing on another area of the power and activity of God. All these, Patrick affirms, are the actions of the same God who created us and redeems us through Jesus Christ.

Yet the hymn has not quite finished; there is another aspect of the activity and presence of God to be surveyed. Again, this is not to be seen as an alternative or substitute for what is already believed; it rounds off the full and authentic Christian vision of the character and power of God. The same God who called the universe into being and redeemed us through Jesus Christ is also the God who is present with here and now.

The hymn thus affirms that the one and the same God created the world, entered into our work and redeemed us in Christ, and is present as a living reality this present moment. No other account of the nature and activity of God is adequate to do justice to the Christian witness to God, and no other doctrine of God can therefore be thought of as “Christian.”

Excerpt from Alister McGrath, Glimpsing the Face of God: The Search for Meaning in the Universe (Grand Rapids: Eerdmans, 2002), pp. 106–108.