The Critical Distinction Between Posture and Posturing - Seedbed
close
Menu

“A farmer went out to sow his seed. 4 As he was scattering the seed, some fell along the path, and the birds came and ate it up. 5 Some fell on rocky places, where it did not have much soil. It sprang up quickly, because the soil was shallow. 6 But when the sun came up, the plants were scorched, and they withered because they had no root. 7 Other seed fell among thorns, which grew up and choked the plants. 8 Still other seed fell on good soil, where it produced a crop—a hundred, sixty or thirty times what was sown. 9 Whoever has ears, let them hear.”

It never ceases to fascinate me. When Jesus wants to delve into the mysteries of the essence and ways of the Kingdom of God, on Earth as it is in Heaven, he takes us to the farm. Note how he doesn’t give the people something to do. He does not present information per se. He wants us to see something and in seeing it he wants us to contemplate it. Now, contemplation is not so much a way of thinking as it is a posture of receptivity. The only prerequisite for contemplation is a humble mind and heart. When Jesus references, as he soon will, eyes to see and ears to hear, he is talking about a quality of humility. As I have noted before, humility is not so much how we perceive ourselves as it is about our posture before God. (When is the last time you got on your knees?)

There’s a concept in Buddhism—and don’t worry, I’m not going “Zen” on you—that gets at this notion of eyes to see and ears to hear. It’s called “Beginner’s Mind.” No matter how much we’ve learned or how long we’ve been at it or how mature we consider ourselves, beginners mind calls us to suspend our notions of mastery that we might once again be mastered. When the Bible speaks of the fear of the Lord being the beginning of wisdom (see Proverbs) this is what is meant. The soul’s capacity to receive revelation from God requires a humble, reverent and awestruck posture before God. Until we genuinely find this posture before God, we will devote most of our energy to some form of “posturing” before people. (When is the last time you got on your knees?)

At that time Jesus said, “I praise you, Father, Lord of heaven and earth, because you have hidden these things from the wise and learned, and revealed them to little children. Yes, Father, for this is what you were pleased to do. Matthew 11:25-26

The problem is not with being “wise and learned,” as much as it is with the all-too-oft posturing of the wise and the learned. Beginners mind, for a Christian, is not somehow becoming anti-intellectual or unthoughtful. It’s about becoming unassuming and unpretentious before God. Beginners mind does not eschew expertise. It calls on us to sublimate our expertise to the greater excellency of the Godhead, who is perfectly revealed to us in the person of Jesus Christ.

If the fear of God is the beginning of wisdom, then the end of all wisdom is the love of God. It’s why, in the end, philosophy (the love of wisdom) must become doxology (the worship of God) else it become an erudite form of a dog endlessly chasing its tail (see Ecclesiastees).

Meanwhile, back at the ranch—I mean farm—we see how beginners mind works. We must find ourselves standing in the crowd, leaning in to listen to our Teacher—not to gain more knowledge but to grow more mature. And where does he begin? At the beginning, of course—the ground, literally of our being—the dirt from which we are made. He’s not worried about the Seed. He’s concerned about the soil. We are so prone to think it all begins with a seed when in truth the starting place is the seedbed. ;0)

Rather than rush to the interpretation of this parable, which won’t come for another ten verses, let’s plant ourselves in the obvious, contemplating these various soils and the fundamentals of farming. 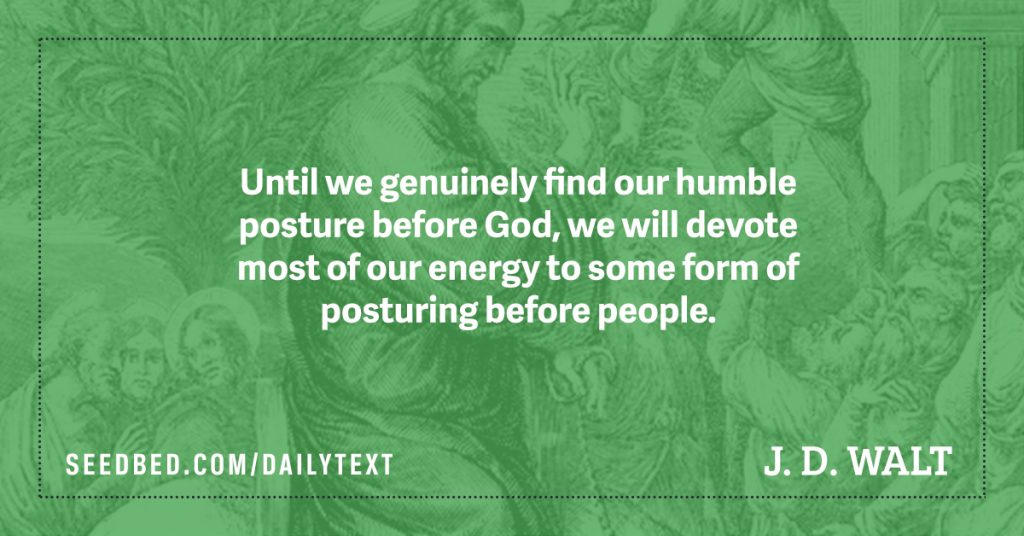 1. Whatever it requires, do not approach this text of chapter 13 with a passing glance. What will it mean to bring yourself into submission, which is to say authentic hearing? How might you “contemplate” the text?

2. What will it mean to shift the goal of our learning from the acquisition of knowledge to the aspiration of becoming? What does “beginners mind” look like for you?

3. Are you grasping how Jesus parabolic teaching puts the uneducated and the scholar on the same playing (or farming) field? At the same time can you resist the dichotomous or binary thinking that wants to prize one and put down the other?