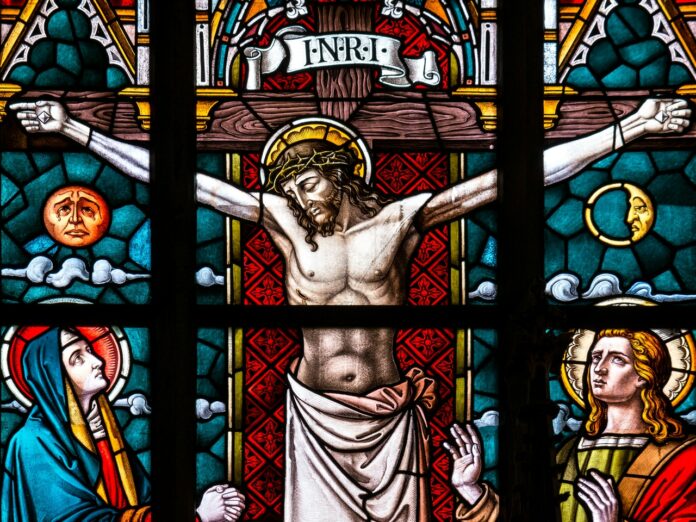 Before there were four written Gospels, there was the single oral telling of the good news. The world of Jesus was an oral culture. The apostle Paul, for example, uses the phrase “God’s word” (singular) in 1 Thessalonians 2:13 to refer to the oral proclamation of this singular story of Jesus that changed their lives so radically—one story, not two, or four, or ten. So what was the story of Jesus that was told around the fire at night, and in the synagogues on Shabbat, and by wells as people drew water, long before the four Gospels were written down in the last third of the first century AD? My hope is that this book will give you a sense of that story. But, I imagine some readers might ask, “Why do we need such a harmony of the Gospels?” There are several good reasons that come immediately to mind.

To begin with, it is high time we did a better job of looking at things from what we know of the first-century Christian perspective, and not the fourth-century perspective (when the canon of the New Testament was settled). I have heard evangelical and other orthodox Christians say that they want to be more like the earliest Christians; well, it’s time to live into that in the twenty-first century, especially when it comes to Jesus. The original story that went out from Jerusalem did not come pre-packaged as the four artful and different Gospels that we have in our Bibles. That was a development of the later first century AD. And when the Gospels were finally written, at least two of them were not written by eyewitnesses. I do not say this to critique our Gospels. I love the fact that we have four versions of Jesus’ story. Jesus is a man who fits no one portrait—he is too big and complex a historical figure. I simply say this to point out that there was a singular history and a single story of Jesus that existed before there were written Gospels, and subsequently to ask, “What did that story sound like?” I hope this book will give you a glimpse of that story.

Next, we live in the age of atomization and sound bites, and it happens to the good news in church buildings almost every Sunday. We often cannot see the forest for focusing on the individual (albeit very interesting) trees. And when you look in detail at particular Gospel passages, what you discover is a very telescopic, bare bones treatment of Jesus’ words and deeds. Doubtless this was originally due, in part, to the need to confine the whole story to one papyrus roll. But even in the case of Luke’s Gospel, which is the longest and could just barely be squeezed onto one papyrus roll, we are still left wanting more—more description, more context, more background to the individual stories that make up the one story of Jesus.

What would a more contextual chronicling of Jesus’ life, with more historical detail and comment, have looked like? In this book I seek to begin to answer that question. I don’t think there should be any tension over this; we need to see the grand sweep of the unified story and we need the perspective that the four portraits of the Gospels offer. Just now, it is the former that is neglected again and again in a church which preaches single words, or salient ideas, or tiny passages, and which uses lectionary readings, which means some passages are never heard. There is a need for an overview like this to put the various Gospel pieces together; not to supplant the four portraits of the Gospels, but to scrape off some of the dust that has accumulated on them over the centuries, and allow you to see the vibrant colors in which they were originally painted. What is especially needed is an attempt to show how the Synoptic Gospel portraits (Matthew, Mark, and Luke) fit together with John’s portrait of Jesus.

Imagine for a moment that you could hear the story from someone who has heard Jesus tell the story. Wouldn’t we want to hear that just as much as we love to hear the later tellings by the evangelists? Who wouldn’t pay good money to have been in on that Emmaus road Bible study led by Jesus, where he went through the Hebrew Bible and showed where it referred to him? My point is simple: a good critical probing and blending of the story is as close as we can get to what actually happened back then as a single storyline. Why wouldn’t we want to try to do that as a faith venture, not to supplant the four Gospels, but to enhance our understanding of the history behind the four accounts of the one story?

Armed with these reasons, what I have attempted to do here might be called “Ben’s Diatessaron,” or four Gospels in one, like the effort of Tatian, the early church father. I have stuck as closely as I could to a verbatim telling of the four Gospels, not trying to present a critical edition of the story, with things omitted because of questions of historicity. No, this was an exercise in seeing if one could make sense of the stories as they are, if one combined them all together.

Thus, what you have here is a significant amount of the English texts of these Gospels. I am using the Common English Bible as my primary translation, varying from it only where I have concluded that there is a better rendering, offered from my own translation work. I have also deleted material that was duplicated. It is important to note that, just as the four Gospel writers arranged the individual stories in ways that were shaped by their theological goals, I have arranged the stories to my own ends. Thus, some material may appear to be misplaced, or out of chronological order. I have often combined some of the brief stories, vignettes, and sayings in ways that make sense and flow naturally or logically together. Sometimes this involves a sort of topical arranging of things; at other times, a geographical sorting of the material. I hope that seeing familiar stories in unfamiliar places will help you hear them afresh.

I have chosen not to include the birth narratives, except by way of flashback, and in this regard I am following the example of Mark’s work, our earliest Gospel. Of the material which I have added to the Gospel texts, some is interpretive, some explanatory, and some is connective material, tying the stories together.

Let me emphasize once more that no one should conclude from this that I think it is problematic that we have four canonical Gospels, because I do not. I think Jesus was such a complex and important historical figure that even four interpretive portraits is hardly enough. But this book is intended to help the reader put the pieces of the story together in a fresh, meaningful, and helpful way so they may see its range, arc, purposes, and trajectory better. I must stress once more that in the church and in schools, too often, the stories of Jesus are handled only in bits and pieces. This is particularly the way we approach Sunday school lessons and sermons. One hardly ever gets a sense of the whole story in one or two sittings. I hope this effort may go a little way to remedy this problem. New Testament scholar Gerd Theissen’s excellent and creative retelling of the Gospel story as a single plot line, The Shadow of the Galilean, has been used in seminary classes for more than twenty years. I hope that this book may prove equally as helpful.

The alert reader will also see that I am trying in this portrait to help us understand what the Gospel writers are telling us about the relationship between what we call the humanity and divinity of Jesus. This is a very complex matter indeed, which the Gospel writers approached somewhat differently than the later church fathers. The Gospel writers do not talk about the two natures of the Christ, but they certainly do present Jesus as both human and much more than human—indeed, much more than even an angelic figure. In fact, as John suggests at the very beginning of his Gospel, some of them, at least, were prepared to call Jesus both Son of God and God in some sense, without suggesting that Jesus was the same person as the heavenly Father. How does one do justice to this? As you will see, I have intimated in this book that the Son of Man title, which Jesus certainly did use of himself (alluding to Daniel 7) may well provide us with the clue, since the figure in Daniel 7 is not only bequeathed an everlasting kingdom in which he personally would reign, but he is also the judge of the earth, and the object of worship. At least that is how I read that text, and I believe Jesus himself would have read Daniel 7 that way.

I have not tried to psychoanalyze Jesus in this book, but I have tried to tease out the implications of what the Gospels say or hint about the thought life of Christ, and how he viewed himself. For a critical approach to this subject, please see my older study, The Christology of Jesus. I hope the reader will sense both the pathos and the irony in the story, the honesty about the disciples’ foibles and lack of understanding, and the mystery of why Jesus said and did some of the things that he did. Most of all, I hope that the reader will, having read this book, see him more clearly, love him more dearly, and follow him more nearly. If that happens, even in small measure, I am content. 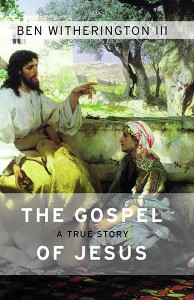