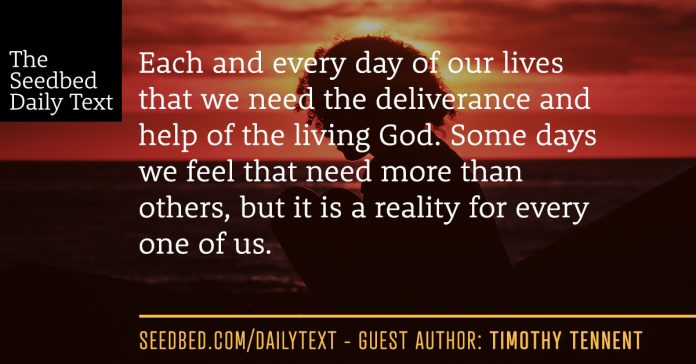 2 May those who want to take my life
be put to shame and confusion;
may all who desire my ruin
be turned back in disgrace.
3 May those who say to me, “Aha! Aha!”
turn back because of their shame.
4 But may all who seek you
rejoice and be glad in you;
may those who long for your saving help always say,
“The Lord is great!”

5 But as for me, I am poor and needy;
come quickly to me, O God.
You are my help and my deliverer;
Lord, do not delay.

Psalm 70 has the somewhat surprising distinction of being the most-quoted psalm through Christian history. This psalm is a brief, liturgical selection from Psalm 40 (Psalm 70 is the same as Psalm 40:13–17). It is a brief prayer for safety and deliverance. Saint John Cassian (360–435) was an early Christian writer born in Romania who, because he was fluent in both Latin and Greek, became revered in both the Eastern and Western church. Cassian took the first verse of this psalm and created a prayer for deliverance, which he included in the daily liturgy for the Egyptian-styled monastic order he established on the coast of France, known as the Abbey of St. Victor. This is the prayer: “O God deliver me; O Lord, make haste to help me!”

John Cassian had a major influence on another major monastic leader, known as Benedict. Saint Benedict (480–543) is the father of another great monastic tradition and the author of the most famous monastic rule of life, known as the “Rule of Saint Benedict,” which beautifully blended a life of contemplation with a life of work. Saint Benedict took this prayer from Psalm 70, which Cassian formulated, and required that every monk and nun pray this seven times per day. Centuries later, Archbishop Thomas Cranmer adopted the same prayer from Psalm 70 and made it a daily prayer in the Anglican liturgy.

This prayer, therefore, has become the most-prayed prayer in the history of the Christian church, spanning both East and West; Eastern Orthodox, Roman Catholic, and Protestant traditions; and across eighteen centuries of time!