The Heart of the Matter: Can Methodism Be Reborn? - Seedbed
close
Menu 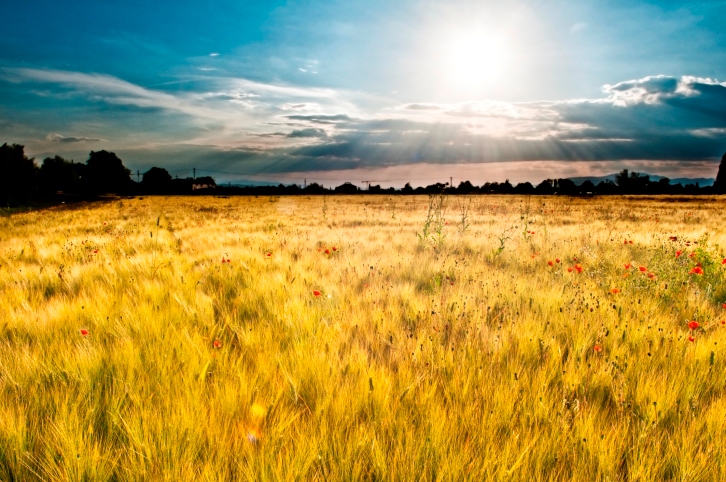 I’m reading a wonderful little book entitled, Methodism Can Be Born Again, by W.E. Sangster, an extraordinary Methodist preacher and leader in Britain during the mid 20th century.

What I find so wonderful about this book is that it is written in 1938. The problems faced by the church then are not unlike the ones we face today, 75 years later, but the diagnosis for the problem is very different than what we hear today. After naming the popular reasons of his day behind the decline in both attendance and ardor by those within and without the church – things like the War, loss of biblical authority, competing attractions on a Sunday morning, radio (ha!), a transient society, and a spirit of secularism – he then points his readers to the starting line from where a cure will come:

We must begin with ourselves. General criticism of “Methodism” must give way to clear, incisive and detailed criticism of a Methodist.

When was the last time you heard that? Absent from Sangster’s analysis of the current state of his church is a critique of the Church at large or the culture in which it fights to exist or even the values of one generation over another. Rather, Sangster goes to the heart of the matter by going right for the heart. Just like Jesus.

If your news-feed is anything like mine then over the past many weeks you have been inundated with posts and counter-posts about why this group or that group are leaving church and what we can do to get them back. As the dust settles it is becoming increasingly clear to me that the purpose of it all is to avoid blame. Every problem the church faces seem to be, conveniently, external and oppressive to the one naming the problem.

When confronted with the news that someone will betray the Master during The Last Supper, Sangster reminds us that each of the disciples around the table asked, “Is it I?” Being with Jesus had taught them humility and a self-awareness which took seriously the deceitfulness of their own hearts and proclivity for wandering. He writes,

The pew has been blaming the pulpit: the pulpit has been blaming the pew. The pew says that the preaching is lifeless and irrelevant: the pulpit says the people are absent or prayerless. Back and forward the blame has gone, and nothing will be done till the utter folly of this mutual recrimination is seen as folly, and pulpit and pew alike humble themselves before the Cross, confessing their own sins, and saying, “Lord, is it I?”

I have become increasingly convinced in my own life and ministry that humility is the virtue I need, and my church needs me to need, most. The great Scottish preacher, Robert Murray McCheyne, said, “The greatest need of my congregation is my own personal holiness.” I cannot lead anyone where I have not been, and revival will not take place in my church until it begins in my heart.

This posture of the heart touches all aspects of my life. An example can be found in the margin of my Bible next to the mandate for husbands to love their wives as Christ loved the Church. There I have written the words, “When there is a problem in my marriage it is always my fault. I must bear Amy as Christ bore me.” I realize that not all would agree with this sentiment. I also realize that if a jury were to decide who the guilty party was in our disputes they might charge Amy now and again (only on a fraction of them though!). But I take seriously my responsibility to lead through humility, not because I’m the man and she the woman but simply because I’m a man striving to be like Jesus. Keeping always before me the cross of Christ it is not terribly difficult to decide to suspend my will and go low for the sake of my closest neighbor. When there is a problem in my marriage, the buck stops with me.

I extend this same principle to the church I am appointed to shepherd. If there is a problem in my church, if there is a mass exodus, a lack of belief, a rebellious spirit, a spiritual malaise, a disdain for holiness, a lack of zeal for the lost, I hope I will be restrained by God’s Spirit from pointing at anyone else by either pen or posture but return first and foremost to the foot of the cross and ask, “Lord, is it I?”

Sangster believed Methodism could be reborn, and so do I. But it will not come through additional programs, better music, more Barna research, grasping cultural complexities and differences, well-argued blog posts, generational bridge-building nor anything else that doesn’t start with the heart of the matter: the heart of each Methodist.