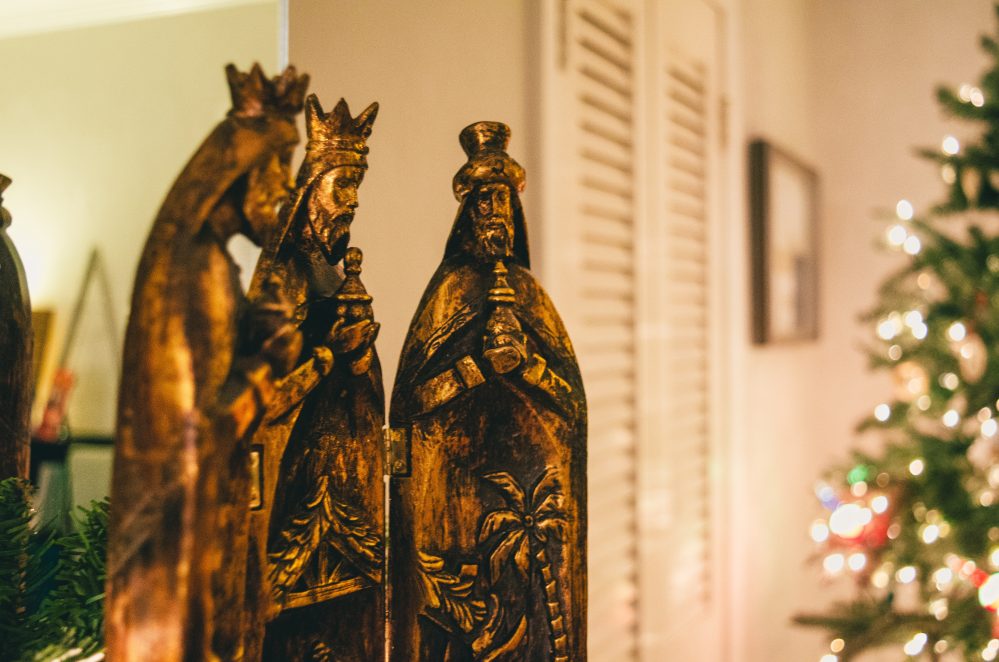 1 Why do the nations conspire and the peoples plot in vain? 2 The kings of the earth rise up and the rulers band together against the Lord and against his anointed, saying, 3 “Let us break their chains and throw off their shackles.”4 The One enthroned in heaven laughs; the Lord scoffs at them. 5He rebukes them in his anger and terrifies them in his wrath, saying, 6 “I have installed my king on Zion, my holy mountain.” 7 I will proclaim the Lord’s decree: He said to me, “You are my son; today I have become your father. 8 Ask me, and I will make the nations your inheritance, the ends of the earth your possession. 9 You will break them with a rod of iron; you will dash them to pieces like pottery.” (Psalm 2:1-9)

Key Observation: True security in the present is found in confidently trusting that the future is secure in God’s kingdom.

Psalm 2 opens with the first question in the book of Psalms. “Why do the nations conspire and the peoples plot in vain?” If Psalm 1 offers clear instruction from a bird’s-eye view on our individual lives as God’s people, then Psalm 2 serves to offer a global perspective on the relationship between God’s people and the kingdoms and the nations who do not yet worship God. How can an individual live faithfully in an unholy world full of threats? By trusting in the Lord and in the Lord’s Messiah who rules God’s kingdom.

Psalm 2:1–3 reminds us of the dangers of living in our world. There are nations and peoples all around who neither know the Lord nor desire to practice faithfulness. In the psalmist’s time, God’s people were surrounded on all sides by hostile nations. During the times of the Bible, God’s people faced domination from scores of nations: Philistines, Midianites, Syrians, Assyrians, Egyptians, Babylonians, Persians, Greeks, and Romans. Many Christians around our world today face real persecution that threatens their security and sometimes their lives. The conspiracies and plots of those yet to know the Lord can challenge faithfulness, but this psalm assures us that these plots will ultimately amount to nothing. Psalm 2:4–9 offers the response of the Lord to the raging of the nations. We find security in our world not in our own strength or by trusting in political or military power. Verses 4–6 describe the Lord’s response to the real threat of the nations as laughter! The nations surrounding Israel had superior weaponry and larger armies, but compared to the power of the Lord, they may as well have squirt guns and paper planes. Yet God does not respond with overwhelming force or shock-and-awe displays of military might. His answer to the nations is to appoint a king who will serve as the earthly representative and leader of God’s kingdom from Zion, that is Jerusalem.

Observe in verses 7–9 the language used to describe the king and blessings that the Lord pronounces. First, the Lord identifies the king as his Son. “Son of God” is not a biological statement. Rather it is a pronouncement of the king’s position and role within God’s kingdom. To be the Son of God means that the Israelite king was God’s human agent through whom he would administer his kingdom. The word “today” refers to the psalm’s original use as a psalm of coronation. Psalm 2 provides language for the occasion when God’s people anoint a new king. Verses 8–9 offer bold statements about the Son’s authority over the nations. The nations may rage and conspire, but the Lord is in control over all the earth and God’s Son sits on the throne of God’s kingdom to administer it. Originally, Psalm 2 served to declare the power and prestige of the Davidic king who ruled from Jerusalem. With the coming of Jesus in the New Testament, Christians recognized that the words of Psalm 2 were ultimately pointing not to a mere earthly king but to Jesus.

Questions for Reflecting on This Psalm 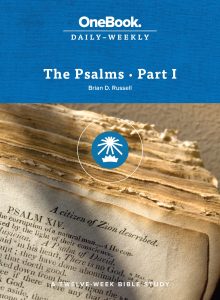 Are you interested in learning more about the Psalms? Consider taking a deep dive into the book with a dynamic teacher, Brian Russell. The book of Psalms is often quoted and clichéd, but much less often contextualized. When we understand the Psalter relative to the circumstances in which it was written, we find a rich resource for God’s people. Through these prayers, God both speaks to us and models how we might speak back to Him. At its core, the book of Psalms is an instructional guide to a moment-by-moment walk with God through the world. Get the book and accompanying videos in our store here.