The Spirit Rushes to a Humble Heart - Seedbed
close
Menu 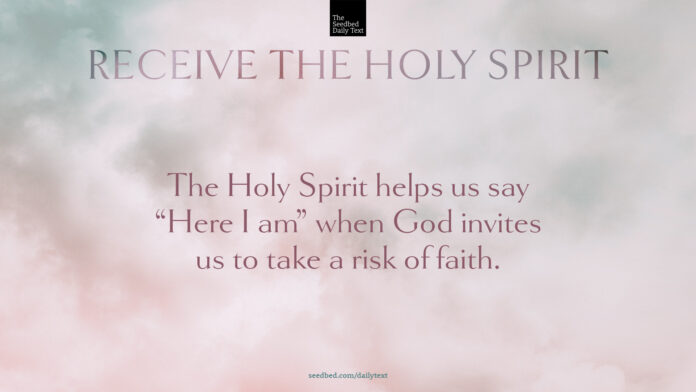 So Samuel took the horn of oil and anointed him in the presence of his brothers, and from that day on the Spirit of the Lord came powerfully upon David.

Discovering the work of the Holy Spirit throughout the Old Testament is a delightful process of scanning the Scriptures for the active presence of God. Like seeing vapor trails in the sky that show an airplane has passed that way, we can scan the sky of the Scriptures for signs of the Spirit’s activity—moving back and forth through covenant history as we do.

In 1 Samuel 16, we meet David. David is first introduced to us as a shepherd, the youngest son of his father, Jesse (v. 12). We later discover that David is also a musician, singer, songwriter, and brave warrior (he is skilled with artillery, the proper category for the sling and the stones he used). He has been known to hang around sheep for extended periods of time, and to kill attacking lions and bears on an as-needed basis (1 Sam. 17:34-36). He’ll take down the giant Goliath eventually, but that’s not where our reflection is pointed today.

David’s primary, Spirit-inviting character trait is seen at various points in his extremely up and down journey to wholeness and faithfulness. It’s a trait that garners him the favor of the Lord throughout his lifetime. That trait is humility.

In 1 Samuel 16, the prophet Samuel shows up at Jesse’s house after the Lord has rejected Saul as king. The Lord tells Samuel that it is one of Jesse’s sons who will take his place. But when Samuel becomes impressed with a few of the young brothers standing before him, God famously says, “The Lord does not look at the things people look at. People look at the outward appearance, but the Lord looks at the heart” (v. 7b).

The Lord looks at the heart. Let’s sit with that phrase for a moment.

David is called in from the field, and Samuel has found the Lord’s anointed king. As Samuel is anointing young David with a horn of oil (oil symbolizing the Spirit in the Bible, and the presence of the Spirit on a person), the Spirit “came powerfully” on the new king as the anointed one. The Hebrew word for “came powerfully” actually can convey the meaning that the Spirit rushed on David (ESV), forcefully and unequivocally, empowering him for the life of obedience that was ahead.

The Lord looks at the heart. The Spirit rushes on David. Could these two ideas be connected? The Bible is not shy about revealing to us on whom the Spirit likes to reside. Yes, the Holy Spirit comes forcefully on David for the task ahead of him. But could it also be that the Spirit is rushing on David because the Spirit is actually inclined toward David? Is David, before he even starts his kingly journey, a “man after God’s own heart” (Acts 13:22), with the kind of humility that recognizes who God is and who we are in his sight?

Humility is the character trait that opens David’s heart to the Spirit, and the Spirit’s heart to David. Humility will open up our relationship with the Spirit as well. The Spirit’s presence rushes toward humility; the Lord gives grace to the humble (James 4:6; Prov. 3:34) and draws near to those whose heart is fully his (2 Chron. 16:9a).

Jesus, I receive your Holy Spirit. I want to live in the humility of Christ, not considering equality with you something to be grasped, but becoming a servant of all (Phil. 2:1-11). Come, Holy Spirit, teach me the ways of humility so I become a resting place for your presence. We pray in Jesus’ name, amen.

© Seedbed 2021
The Spirit Rushes to a Humble Heart
MORE STORIES