The Terrible, Wonderful Simplicity of God 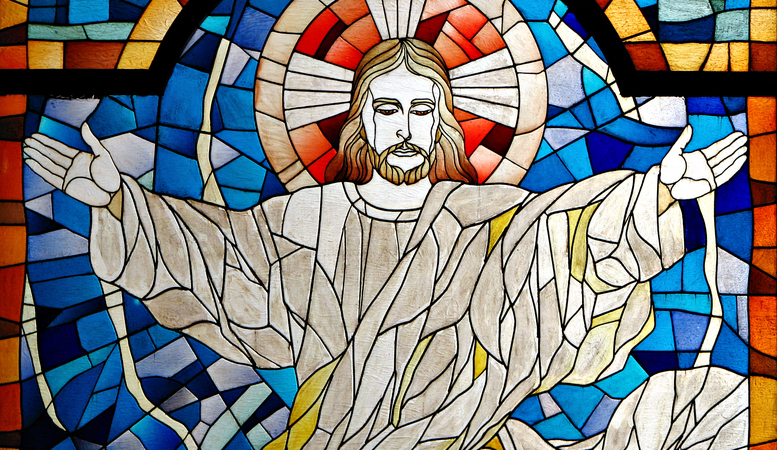 “The faith of a devil!” When John Wesley preached about saving faith, one of the ways he distinguished it from the non-saving kind was with this bold paraphrase of James 2:19. That passage says “You believe that God is one; you do well. Even the demons believe—and shudder.” Demons, Wesley noted, exercise some sort of belief in God. In Sermon 1, “Salvation by Faith,” he enumerates some of the things demons must believe about God: “Not only that there is a wise and powerful God, gracious to reward, and just to punish; but also, that Jesus is the Son of God, the Christ, the Savior of the world.” In typical Wesley style, he is not so much exegeting this single verse as networking a whole range of relevant Scriptural texts (including the cry of the demon in Luke 4:34, “I know Thee who Thou art; the Holy One of God!”). That’s a lot to believe in!

But look for a moment at James 2:19 itself. What the demons are said to affirm is just that “God is one.” This article of infernal faith seems to be derived from Deut 6:4’s “Hear, O Israel: The Lord our God is one Lord.” As an echo of the Shema, it contains considerably more than mere belief in the existence of a God. Yet it also seems to contain considerably less than Wesley finds in it: wisdom, power, grace, justice, the Trinity, salvation.

What is it about believing in God’s oneness that makes demons shudder? It seems unlikely that a shudder would be provoked just by monotheism as opposed to polytheism. There must be something more lurking in the affirmation that “God is one.”

There is good reason to think that what shakes “the faith of a devil” may be a richer conception of God’s oneness, a conception that includes a radical consolidation and convergence of all that God is. The force exerted by the idea may be the insight that this one God not only has wisdom, but is the wisdom that he has. And that wisdom which God simply is, is not even theoretically at odds with the power which God simply is, because God is wise power and powerful wisdom at once. Nor is grace tacked on to that being, nor justice. No, in the case of every divine attribute, God simply is each of them, and exists as the absolutely singular and uncompounded unity of all of them. “God is one.”

This kind of unity is a mind-blowing kind of unity, truly without parallel among creatures. The classical theological tradition has called it the doctrine of divine simplicity. In a recent book, The Perfectly Simple Triune God: Aquinas and His Legacy (Fortress Press, 2016), Methodist theologian D. Stephen Long has drawn together the evidence that the Reformers and their heirs enthusiastically endorsed this doctrine. “Wesley,” says Long, “affirmed the perfectly simple Triune God and all the attributes that teaching entailed.” (p. 165)

The briefest way of stating the doctrine of divine simplicity is that God is without parts, and that is precisely the teaching Wesley handed on in the article about God in the Methodist Articles of Religion: “There is but one living and true God, everlasting, without body or parts, of infinite power, wisdom, and goodness.” But the most positive and compelling way of stating the doctrine is that “everything that is in God is God.”

Considered from this angle, the interpretation that Wesley gives to James 2:19 is startlingly apt after all: God’s wisdom is God, God’s power is God, God’s grace and justice are God, God’s triunity is God. “God is one” as this perfectly simple triune God. For demons to believe all this in believing that “God is one” is indeed to believe something that would cause them to shudder with a frisson of terror. Their shudder arises partly, as Wesley says in his Notes Upon the New Testament, from “the dreadful expectation of eternal torments.” But it must also arise from something deeper, from the knowledge that the God they have ranged themselves against is this comprehensively unified, indissoluble deity. There is no sheltering from any of his attributes in any of his other attributes, for all of God’s attributes are God. Everything in God is God. God is one.

But the very simplicity which is a terror to God’s sworn and permanent enemies is salvation and comfort to those who have, not “the faith of a devil,” but saving faith. The same truth, that everything in God is God, also holds open the promise of salvation for those who, unlike the demons, have the chance to hear and respond to the call of the God who triune simplicity is the unchanging source of salvation. The divine simplicity that is terrible to the demons is wonderful to those who hear, with Israel, the good news that the Lord is one.

The Terrible, Wonderful Simplicity of God