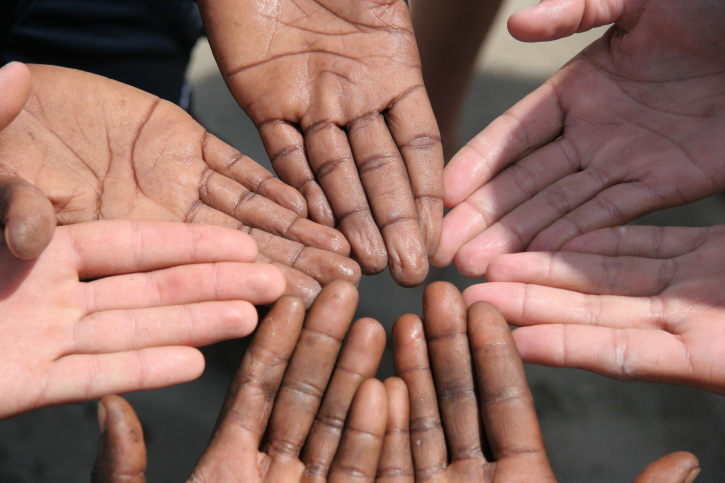 The world is a getting safer. For centuries, violence has been subsiding.

Really? Most people find this hard to believe.

But consider evidence presented by Stephen Pinker in his fascinating book, The Better Angels of our Nature (a Lincoln quote), published by Viking in 2011. Pinker teaches psychology at Harvard University and has won awards for his prior research.

The book is subtitled, Why Violence Has Declined. Pinker argues, “The decline of violence may be the most significant and least appreciated development in the history of our species. Its implications touch the core of our beliefs and values—for what could be more fundamental than an understanding of whether the human condition, over the course of its history, has gotten steadily better, steadily worse, or has not changed?” (692).

Pinker argues that in point of fact violence has declined over time and continues to do so.

Pinker takes the long view, covering many millennia. But his primary focus is the last 2000 years. He marshals a wide range of data to prove his case that as a long-term trend, human violence has dropped dramatically.

Can it be? “Wasn’t the 20th century the bloodiest in history?” Pinker asks. “Haven’t new forms of war replaced old ones? Aren’t we living in the Age of Terror?” Yes, but, he says. “[F]or all the dangers we face today, the dangers of yesterday were even worse.” Unlike the past, most people today “no longer have to worry about abduction into sexual slavery, divinely commanded genocide, lethal circuses and tournaments, punishment on the cross, rack, stake, or strappado for holding unpopular beliefs, decapitation for not bearing a son, disembowelment for having dated a royal, pistol duels to defend their honor, . . . and the prospect of a nuclear world war that would put an end to civilization or to human life itself” (30).

Such evils still exist, of course. But Pinker points to statistics. It’s true many people today—in some cases, millions—face lethal dangers like betrayal into slavery or the threat of genocide. But over centuries, and continuing today, the incidence of such horrors has been declining.

This can look like a cold, heartless analysis. Who cares about statistics when one’s six-year-old child has just been gunned down in her own classroom? And yet the very horror and immediacy of such violence can immunize us to the truth of larger trends. Or so Pinker argues.

Pinker focuses on the centuries-long decline in violence, particularly homicide, in Europe. He shows that in England murder rates have dropped dramatically since about 1200—“from the 13th century to the 20th, homicide in various parts of England plummeted by a factor of ten, fifty, and in some cases a hundred” (60). Unearthing this data, he says, “confounds every stereotype about the idyllic past and the degenerate present. When I surveyed perceptions of violence in an Internet questionnaire, people guessed that 20th-century England was about 14 percent more violent than 14th-century England. In fact it was 95 percent less violent” (61). Today Europe is the safest place in the world to live.

Pinker discusses violence within the larger context of culture and “the civilizing process.” As societies get organized into larger units, violence gradually comes under control—partly through government action (police or military, law codes) and partly because more civil behavior gradually becomes the cultural norm.

Drawing upon (with some qualification) the work of Norbert Elias (1897-1990), Pinker describes what happened in Europe over the past 800 years or so. “Europeans increasingly inhibited their impulses, anticipated the long-term consequences of their actions, and took other people’s thoughts and feelings into consideration. A culture of honor—the readiness to take revenge—gave way to a culture of dignity—the readiness to control one’s emotions.” This shift first took hold among “aristocrats and noblemen,” but these new values “were then absorbed into the socialization of younger and younger children until they became second nature.” The new norms also “trickled down from the upper classes to the bourgeoisie that strove to emulate them, and from them to the lower classes, eventually becoming a part of the culture as a whole” (72). More pacific values and norms got increasingly internalized.

This change brought an array of cultural benefits, Pinker argues. “Across time and space, the more peaceable societies also tend to be richer, healthier, better educated, better governed, more respectful of their women, and more likely to engage in trade” (xxiii). “Since violence is largely a male pastime,” he adds, “cultures that empower women tend to move away from the glorification of violence and are less likely to breed dangerous subcultures of rootless young men” (xxvi).

Pinker’s basic argument is that “we enjoy the peace we find today because people in past generations were appalled by the violence in their time and worked to reduce it, and so we should work to reduce the violence that remains in our time” (xxvi).

Pinker’s evidence seems pretty convincing. It is important precisely because it is so counterintuitive. It is a reminder not to take for granted, at face value, what we hear on the news. We all know that bad things make news in ways that good things don’t.

Pinker misreads history, however, in at least one important respect. He largely ignores the role of Christian faith and ethics as a key factor in reducing violence, and more generally in “the civilizing process.” He engagingly describes the results, in other words, but misreads the causes.

My point at the moment, however, is simply that we—Christians and non-Christians alike—easily misread our own culture. All of us are caught up with the news of the day and our current concerns. Necessarily so. We simply don’t have the data nor the historical perspective to see the big picture or know how to read it.

This is a key reason why we need constantly to immerse ourselves in Scripture and keep company with the saints, not only of our time but of the ages. Aside from everything else we can say about the Bible, we can say this: It wasn’t written in the last ten or one hundred years! It’s not of our age. It breathes other ages and cultures and stories. It (so to speak) operates on different assumptions. That is its strength, not its weakness; its relevance, not its irrelevance. It teaches the way of love and shalom through Jesus Christ; the peaceable kingdom.

Plus, the Bible is the inspired, once-for-all written Word of God! We need it in order to “read” our own time and place.

The Bible of course doesn’t answer the question of whether violence is really increasing or subsiding over time. The Bible promises both that evil will increase (2 Tim. 3:1-13) and that God’s kingdom will come. His will done on earth. The Bible leaves us with that conundrum.

But really, it’s not a conundrum. It is a challenge and a call to kingdom faithfulness. The two ways. The world will get better or worse, or both at the same time. A whole lot depends on the faithfulness of God’s people in responding to God’s grace and power and being agents of God’s kingdom coming in our world today.

Meanwhile, let’s not buy into the popular pseudo-Christian myth that our world is inevitably and irredeemably going to the dogs. The gospel is more powerful than that.