When I was in 8th grade, my family lived for a bit in some low income apartments. The apartment complex was formed in a square with a decent sized courtyard in the middle. In the courtyard was where all the dramatic action was – this is where kids got in fistfights with each other, where drug deals happened after dark, and where about once a week there would be a screaming match between two random people. Sometimes it would be spouses, sometimes neighbors, sometimes just two drunk people who had nothing better to do.

My family largely avoided these screaming matches. Not because we aren’t dramatic, mostly just because none of us are fighters, so we avoided all physical confrontation.

But one time we were the crazy people in the courtyard yelling-match. I don’t remember the details, but my mom and a guy from across the courtyard started yelling at each other because one of them owed the other money. It didn’t take long for the situation to unravel into a contest to see who could insult the other in the deepest, most cutting way. I’m sure lots of inappropriate language was used, but the thing I remember the most is that the guy from across the courtyard looked at my mom’s four kids, including me, and said, “I bet not a one of your kids even has the same dad!”

Now, up to this point, I’d largely just been a by-stander. I was in 8th grade and this guy was really old…like 35, so there wasn’t much I could do. But once he said that, once he insulted my momma, I was ready to throw down! I got in my best WWE fighting position, stepped in front of my mom and I came back at him with the best insult I had, “We do too have the same dad. You don’t even have the same dad.” And the best thing is, I was so in the zone, I didn’t even realize my insult didn’t make a bit of sense! I just immediately said to myself, “Nailed it!”

There is this universal human experience that, no matter what you’re arguing with someone about, you can always escalate the situation by insulting a person’s mom or dad or family of origin. If you can insult my heritage, if you can question my family tree, then you can cut me in one of the deepest, gravest ways possible, because it calls into question who I am and my worth as a person.

In light of this universal reality, it is fascinating then, that scripture gives us the complete family tree of Jesus in Matthew 1. Because by giving us his family tree, once we know who is who, we know that there is a lot there that can be insulted in that family tree. There’s a lot in there that can be used against him in a courtyard shouting match.

You see, when we read genealogies today, we find them ridiculously boring. For us, this is like going over to someone’s house and having them show you all their family photos! Why in the world would God have a genealogy on the front page of the New Testament? Why in the world would there just be a list of names?

But this wouldn’t have seemed boring to an ancient person. For an ancient person, their genealogy was everything. It gave them a place in the world. It let them know who they were and where they came from. Grandpas would pull their grandkids up on their laps and they’d go through the family genealogy together, and with each name, the kid’s eyes would get brighter and brighter because each name was accompanied by a story, and each story led to the next, to the next, until that kid knew who he was in the world.

But the kid also knew who he wasn’t. See, genealogies were often selective in who they included. Certain behavior could get you left out of a genealogy. So it served as a warning to the kid: Don’t mess up like uncle Bob, you’ll be removed from the family tree.

And so, too, ancient people filtered their genealogies. If your great grandpa fought next to King David against the Philistines, you were probably going to see his name in that genealogy and you were going to know his story.

But if your great grandpa was one of the leaders of an idolatrous revolt in ancient Israel, then his name is probably going to be blotted out of the list. With certain exceptions, embarrassments to the family name were not listed.

And that’s what makes Jesus’ genealogy so fascinating. When we read this list of names, we see cheaters, liars, cowards, and sex offenders. We see a mixed bag of heroes and villains – heroes who became villains – villains who turned their lives over to God and became heroes. But all in all, we see broken people – people and stories you would not want to display on your walls in family photos.

Abraham was the father of our faith, but because he didn’t trust God’s promises, or because he lacked the patience necessary to see things through, he took a sex-slave and tried to bring about the child of promise through her.

Jacob was a momma’s boy who swindled his own brother out of the family business, and straight up lied to his aging, blind dad to get the family money. You think your extended family is jacked up, read the life of Jacob.

By including these awkward people in the family tree of the savior of the world, Matthew is trying to say something to us about the God who is saving the world. Namely, that God enters into the awkward, ambiguous, sketchy parts of human existence and wants to redeem it from the inside. “God’s plan is not always accomplished through pious people, but through passionate and thoroughly disreputable people…Jesus did not enter the nice clean world of middle-class respectability, but rather he belonged to a family of murderers, cheats, cowards, adulterers and liars – he belonged to us and came to help us.” (Stanley Hauerwas)

And, in fact, the work of God is helped, rather than hindered, by this awkwardness. Because the awkwardness provides some raw authenticity with which God can work and get intimate with us.

The way we often think of God is that he’s almost like a Department of Family Services agent who visits our house to see if it’s in order. He comes in with his objective checklist, his no-nonsense attitude, and he distantly observes all the happenings of our house so he can fill out his mysterious report on us. But Jesus isn’t like that at all.

Jesus, oddly enough, is more like Michael Bluth from Arrested Development. As the series opens, Michael is keenly aware of the ridiculous, awkward, messed up family he has: A dad in prison for tax evasion, a sister whose marriage is on the rocks, a brother, who’s a failed magician – despised by the rest of the family – especially his highly judgmental mother. And Michael is right there in it with them – literally. He moves into the same house with all of them. He’s got the same heritage; he’s not a stranger to their issues. In fact, the real crux of the show is that Michael, in all of his own brokenness, is the one trying to fix the rest of the family.

But though Jesus enters into our brokenness, he does not participate in it. He knows this family’s problems. He has our genes. He’s inherited the stories of our successes and failures. But beyond Michael Bluth’s capabilities, Jesus can redeem us because, though he enters our brokenness, he is not overcome by it, and He alone can heal it.

Rather, he calls them to the light. In this genealogy we learn that though Jesus enters into our story, he enters as one who shines light in the darkness. He looks at the messed up people in this genealogy, he looks at the swindlers and the cowards, the violent and the sex offenders, and he says, “They are mine. They’re dysfunctional, but they’re mine. Their hearts are always so fearful, but they’re mine.” And when Satan comes and accuses us for this thing or that, Jesus doesn’t deny it. He says, “You’re right. I know. But they are mine. And that means there’s hope for them.”

We work so hard to hide our brokenness. We think if we don’t dress a certain way, drive a certain car, live in a certain neighborhood, or have certain kinds of pictures on our walls that people will think less of us. But all of that is just a façade to cover up that we’re really insecure and fearful that someone might find out who we really are.

So we make sure we privatize our lives so no one sees the deepest, darkest realities.

All in order to put up pretenses that we’re better than we are, smarter than we are, more successful than we really are – and all because we fail to realize that Jesus refuses to deny us simply because we’re messed up. Instead, this family tree tells us that he specializes in those who are messed up.

Jesus Christ didn’t come into a perfect family in order to save perfect people who didn’t need saving to begin with. He came into a family as messed up as yours and mine, he claims them as his own, and offers a better way of living. But redemption is possible only by you and I acknowledging and confessing our brokenness.

So, if that’s what scripture asks of us – to acknowledge and confess – then I believe it has to begin with me, since I’m the one preaching this message. Let me begin by telling you who I am, where I come from, and what I’m afraid of. And then tell you how I’ve seen King Jesus begin working redemption in those areas…

See, if we can just acknowledge our own brokenness, if we, as the church, can begin to see those places where God is working redemption in us, that is precisely the place that God will call us to look outward and work for redemption in the lives of other people.

Our places of healed brokenness are the exact places where God’s mission must be lived out. We don’t need to go to Tanzania to live on mission, though that’s a good option. What we need is to simply look at where Jesus has helped fix my brokenness, and search out ways to witness to others of that healing. This is far from hiding our brokenness. But Christian living was never about hiding anyway, was it?

If Matthew was able to find God’s redemptive hand at work in this mixed bag of morally ambiguous people, then surely we ought to be able to see God’s hand at work in our own brokenness and the brokenness of our family of origin. And if God’s hand is at work, then there’s always hope that King Jesus can bring about redemption of all of our brokenness. The snapshots of your past don’t have to dominate the landscape of your future in Christ. 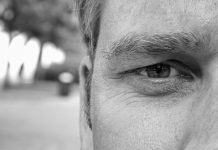