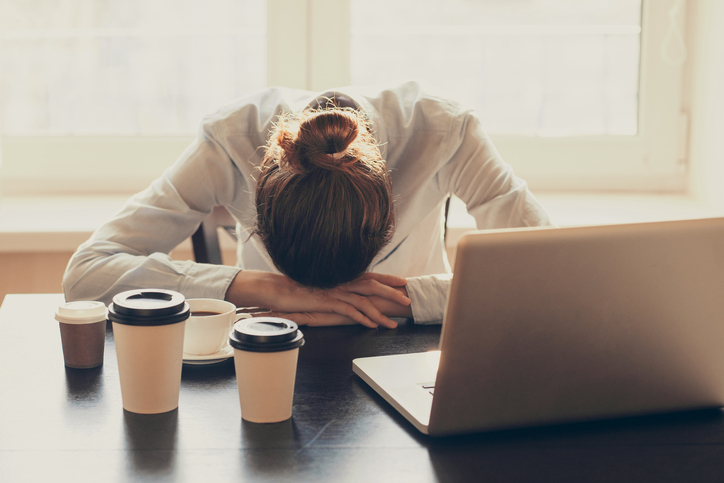 “They were completely amazed, for they had not understood about the loaves; their hearts were hardened.”  -Mark 6:51b-52

Ministry to and with students can be tiring and perplexing. And ministry to the parents can be mind numbing at times. Then we have Lead Pastors who may give the impression that the incredible talent, energy and time we are putting in isn’t enough.

Anyone who has spent any time in student ministry has experienced these things, and what it can do to us over time. There is a reason the average youth minister sticks around at a church less than two years. Student ministry can be, no actually will be, exhausting. Having been working with students for some time now and realizing it’s a calling and not a season for me, I have experienced the fatigue that at a time or two went past exhaustion to burnout and disillusionment. If we are not careful we can be so burned through that it affects our loved ones as much, if not more, than us.

In the moment of the frustrations and wanting to give up, it was easy to blame people and environments around me, so I did. But something “funny” happens when you are at the end of your rope with God: Jesus shows up even if you are not looking for Him, or not wanting to see Him.

I love the stories we have of the first followers of Jesus, it points me to why ministry can be so exhausting, because Jesus was, well, exhausting to follow. The people following Him also got frustrated with Jesus, I bet they even griped about Him in conversation with each other. There are two stories in the sixth chapter of Mark that capture this reality, “The feeding of the five thousand” and “Jesus walks on the Water.”

For the disciples, this starts out promising enough. Jesus tells them to rest, but that plan got nixed pretty quickly when some unexpected needs arise (sound familiar?). Instead thousands of people are in front of them and Jesus has compassion for those gathered. They needed a Shepherd and according to Jesus… food. So often we focus on the miraculous in this story and rightfully so, however to focus only on that is like crediting only the preaching when a dynamic healthy ministry emerges. Yes, loaves and fishes multiplying is spectacular. But twelve guys delivered food to thousands of people, probably hungry, impatient and ungrateful (middle schoolers?) people.

After Jesus has compassion on all those people, he has some compassion on his disciples right? Time to catch up on that rest that was on the agenda? Nope. “Immediately Jesus made his disciples get into the boat and go on ahead of him to Bethsaida, while he dismissed the crowd. After leaving them, he went up on a mountainside to pray.” Mark 6:45-46

I don’t know about you, but if it’s me in that boat, I’m pretty done with Jesus right about here. I’m exhausted, and the preacher tells me to row against a current while he goes and prays.

I think sometimes we miss the human element of the disciples in the Gospels. They really are not all that different than us. Asked to do all sorts of crazy, tiring and ridiculous tasks, with little recognition, or maybe even over critiqued.

I’m going to assume that I’m not alone when I say, there have been times when I have been so broken hearted, stressed and worn down from doing Christ’s work with great people that I can’t recognize Jesus when He’s right in front of me. I will assume that Jesus is all together something else when he presents himself. I completely miss him. “’Take courage! It is I. Don’t be afraid.’ Then he climbed into the boat with them, and the wind died down. They were completely amazed, for they had not understood about the loaves; their hearts were hardened.” Mark 6:51-52

I hate missing Jesus and I’ve learned that always, I mean always Jesus is there. In the moments of fatigue, conflict, dry seasons or the incredibly fruitful but fast paced seasons where we run on empty and my heart gets hard. I don’t understand. And Jesus is there.

So take courage, don’t be afraid, don’t give up, it is Jesus right there with you. Christ is at times severe in calling us past where we think we can go, yet always tender in giving mercy and calming the wind.