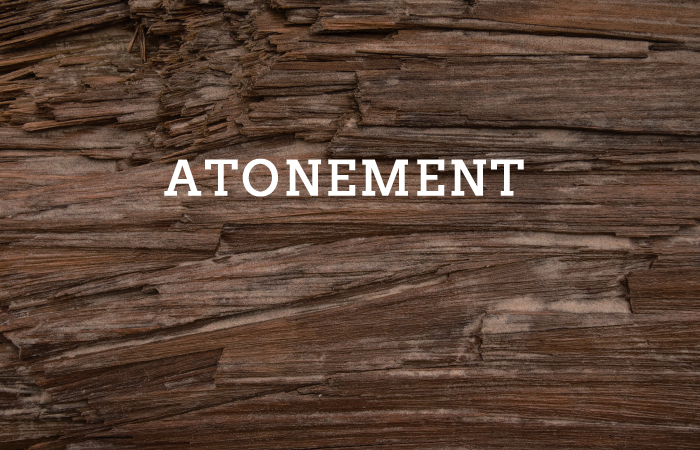 In evangelical parlance, Atonement is an Anglo-Saxon word referring to how Christ accomplishes the righting of relationship between humans and God.  In spite of its multifaceted meaning in the New Testament and throughout the ages,[1] atonement has often been subject to one meaning, especially from juridical narratives. Hence, justification, known as the soul of the Gospel, is primarily viewed as a legal exchange on the cross “in a way that seems rather external to us, a transaction taking place in a different space and time from ours.”[2] Such understanding is usually taken for granted and defended as ‘the way’ even in non-western settings. For instance, healing in atonement is rejected in an African context[3] even though Isaiah 53:1-12 assigns healing also as resulting from the fate of the suffering servant. Those who deny sacrosanctity to the juridicizing or to other classic metaphors find freedom in exploring other pertinent meanings.[4] Assessing the meaning of the cross using more than western forensics is crucial for many reasons, including problems with the legal system itself.[5] One of Stephen P. Garvey’s concerns about atonement and the ideal community rightly points to the community shattering nature of crude retributive system.[6] According to T. Richard Snyder, the system conveys a narrow understanding of God’s grace with nefarious effects on society.[7] Boyd Hilton’s The Age of Atonement has the merit of showing how evangelicals’ conception of God and atonement can affect such areas as economics and politics.[8] Yet, such chaos breeding issues are rarely discussed in relation to atonement. Therefore, other narratives can be used to apprehend atonement as does this theological exercise which uses an ajru[9] to imagine the meaning of the cross beyond a western court room.

A Story for the Story

“There was a man, the wealthiest and also the greediest person everyone knew in the village. He was called “Adɔnɔ,” i.e., ‘greedy.’ Adɔnɔ was unique. He refused to get married and would not ask for help from anyone. He was proud to do all his chores by himself because he just wouldn’t ‘give’ anything to anyone. The entire village suffered due to his greed. One day, as he was doing his activities, Adɔnɔ felt into a well. Seeing his life in danger, he began calling: Help! Help! Help! While everybody hesitated, the village chief felt an urge to rescue him. Against the wishes of families and others, he run toward Adɔnɔ and extended his hand saying in a loud voice, « Adɔnɔ, give me your hand so I can take you out of the pit. » But Adɔnɔ is not used to « giving » anything so much so that in such a dangerous situation he had difficulty giving out his hands in order to be rescued. He hated the thought of giving. The chief became concerned that time was running out and, realizing Adɔnɔ’s problem with ‘giving,’ he adjusted his language: ‘take my hand, hold it, and come toward me.’ To this Adɔnɔ responded, and came out of the pit. The rescue process left scars on the chief who later died of his wounds and pains. The sages of the village gathered with Adɔnɔ, and covenanted in memory of the chief, “We shall stand together against adɔ [greed].”

An attempt to relate this story to the Gospel narrative might see the chief symbolizing Christ in incarnation and crucified, the village as the world, Adɔnɔ and other villagers as humanity, the urge felt by the chief to rescue Adɔnɔ as a move by God’s Spirit. The narrative might then point to an integrated transformative nature of the cross, seen through the self-emptying of the chief. Here, cruciform love goes toward Adɔnɔ, is willing to incarnate not only Adɔnɔ’s geographical space but his linguistic ability also: the Gospel moves near, speaks locally using familiar words, and moves Adɔnɔ from death to life. Like God in the redemption story, the chief forgave Adɔnɔ and maybe had other villagers upset that Adɔnɔ caused the chief’s pain and impending death.  Moreover, cruciform love engages the future of the entire village with regard to the threat of adɔ without excluding Adɔnɔ. The way Adɔnɔ lived directly affected everyone else and so is the atonement received. The gathering of the council with Adɔnɔ points to a structural impact of the death of the chief. This is not a solo salvation narrative. There are substitutionary and sacrificial elements in this story, but the rendering is not penal.  Seeing Christ as having come to the pit to end our powerlessness generates faith that the cross undoes life killers such as adɔ. In Christ the crucified, those who’ve being thus apprehended stand against such threats.

The popular penal view of atonement displaces human life from its lived context as a whole to concentrate on legal and abstract moral matters, “a characteristically Western development.”[10] But this pathway to atonement takes in account the lived context of human life and to envision the end of public chaos through the work of the cross. Using a local storytelling (ajru), the cross of Christ is viewed as reordering not only individuals’ abilities to participate in lived life but the created order within which they inhabit also.

What other ways would you consider as you imagine the wider meaning of the cross?

[4] Wonhee Anne Joh, The Heart of the Cross: A Postcolonial Christology, (Westminster, 2006).

[5] See Jens Soering, The Convict Christ: What the Gospel Says about Criminal Justice, (Orbis, 2006); For discussion of the wedding between penal substitutionary atonement and western penology, see Timothy Goringe, God’s Just Vengeance: Crime, Violence and the Rhetoric of Salvation, (Cambridge UP, 1996).

[9] Ajru is a Beninese storytelling used as a rhetorical devise for educational purposes. Usually from unknown authors and used in villages, the same ajru may have different variants. The present ajru is one such story from an unknown author.