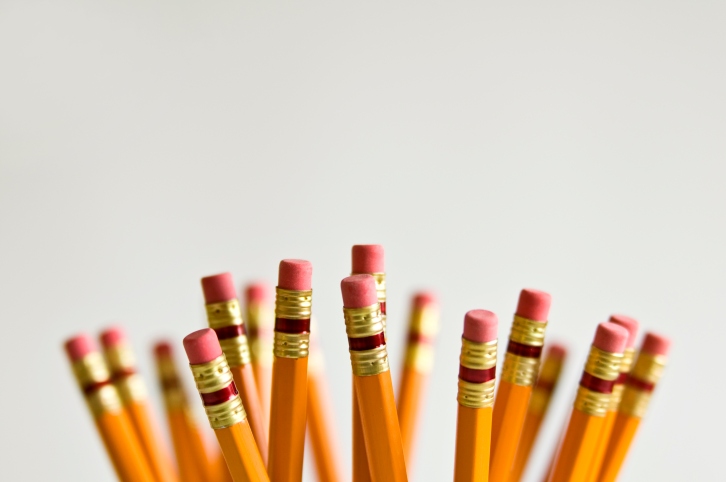 This sermon is the first in the series, Stung by the Tongue. Watch for the remaining sermons in this series over the next several months.

An elderly man lay in a hospital with his wife of 55 years sitting at his bedside. “Is that you, Ethel, at my side again?” he whispered.
“Yes, dear,” she answered.
He softly said to her, “Remember years ago when I was in the Veteran’s Hospital? You were with me then. You were with me when we lost everything in a fire. And Ethel, when we were poor—you stuck with me then too.”
The man sighed and said, “I tell you, Ethel, you are bad luck.” Our Daily Bread (1-18-00)

Some people just don’t know how powerful words can be, do they. The Bible says:

I said, “I will watch my ways and keep my tongue from sin; I will put a muzzle on my mouth while in the presence of the wicked.” (Psalm 39:1)

The soothing tongue is a tree of life, but a perverse tongue crushes the spirit. (Proverbs 15:4)

The tongue has the power of life and death, and those who love it will eat its fruit. (Proverbs 18:21)

Over the next four weeks we will be looking at what the Letter of James says about the power of speech. James is clear that the tongue is powerful: All kinds of animals, birds, reptiles and sea creatures are being tamed and have been tamed by human beings, but no one can tame the tongue. It is a restless evil, full of deadly poison. (James 3:7-8)

With the tongue we praise our Lord and Father, and with it we curse human beings, who have been made in God’s likeness. Out of the same mouth come praise and cursing. My brothers and sisters, this should not be. (James 3:9-10)

James is writing not so much about speech, but the misuse of the speech. A key misuse of the tongue is criticism. Rabbi Joseph Telushkin, author of Words That Hurt, Words That Heal, has lectured throughout this country on the powerful, and often negative, impact of words. He often asks audiences if they can go 24 hours without saying any unkind words about, or to, another person. Invariably, a small number of listeners raise their hands, signifying “yes.” Others laugh, and quite a large number call out, “no!”

I want you to think about your homes for a moment. Do you find that there is sometimes a critical spirit in your home that is expressed in words? It might be between siblings, or spouses, or between parents and children. Do you find yourself being critical of others at work, in your neighborhood, or in the community? What is the conversation like as the sports team practices or plays their first game?

I have always been intrigued by how much easier it is to destroy things than it is to build them. It takes years and months to build buildings, and when buildings are demolished, only days and seconds to destroy them. This is what a critical tongue does: it takes aim at a person, a church or organization, a project, an effort, a habit, an incident, a conversation, and it sets the charges to blow it up. What is amazing is how powerful our words can be, how easily they can offend and how deeply they can wound.

In the award-winning film The Joy Luck Club, one little girl has the capacity, in her own words, “to see the secrets of a chessboard.” This special gift enables her to become a national chess champion by age eight. Her only liability is a driven parent, who is both envious of her daughter’s gifts and selfishly using her to fulfill her own ambition for wealth and power. At one point, the little girl dares to speak back to her mother. The woman responds first by giving an icy silent treatment, and then by saying to her daughter, “You are nothing. You are nothing at all.”

This is how the little girl describes what happened next:

“What she said to me was like a curse. This power I had, this belief in what I’d been given, I could actually feel it draining away. I could feel myself becoming so ordinary. And all the secrets that I once saw I couldn’t see any more. All I could see were my mistakes and my weaknesses, and the best part of me disappeared.”

Jesus says that we have the power to give others blessings or curses. We can build them up, or tear them down. A blessing is a word of insight. It sees in another what they cannot see in themselves. It is naming their God-given gifts and talents. It is identifying the ways that person enriches the world. The reason for the mother’s curse in that movie is that she needed to feel superior, and the only way to do it was to pull her daughter down.

The key dynamic of criticism is the feeling of superiority we have toward those we are criticizing. We feel that we are holding the moral high ground, having the view to see what others are doing wrong and the courage to point it out to them. If I was running the soccer league… If I was on the home owners association… why do you insist on doing that?… Criticism is about feeling that one’s unique perspective gives license to unsolicited comments and advice to others. Often critics speak truth, but they do so without love. Jesus tells us that the key issue in human interaction is love.

A spirit of criticism lacks love because it is a function of pride. When we feel superior to others, we have a contempt that begins to color all of our comments.

If there was ever a person who could feel superior to others because of his abilities or intelligence, if there was ever a person who could hold others in contempt because they could not see what he could see, it was Jesus. And yet, when you read about Jesus, he spent his time building people up rather than tearing them down. He was not known for pride, but humility. How many times in the gospel does Jesus pronounce someone’s sins forgiven and heal them rather than tell them a thing or two about how they have been living?

So how do we follow his example? Generally, to control speech, some Christians use this acronym:

True ~ Is it true?
Helpful ~ Is it helpful?
Inspiring ~ Is it inspiring?
Necessary ~ Is it necessary?
Kind ~ Is it kind?

The problem that I have is that you can be really critical with this acronym. Well, it’s TRUE. And I am trying to be HELPFUL to the other person. Given my wisdom, it is INSPIRING. It is NECESSARY that it be said. It hurts now, but in the long run, this is KIND.

What we need is a word that will move us toward humility and remove that feeling of superiority. What I suggest is that we get rid of HELPFUL. Most of us feel our critical words fit this criterion. Superiority makes us feel we are helpful to others when we criticize.

The quality we need is to be SURRENDERED. James 3:17 says, But the wisdom that comes from heaven is first of all pure; then peace-loving, considerate, submissive, full of mercy and good fruit, impartial and sincere. If we first surrendered our speech to the love of Christ, if we first asked how Jesus would speak to others, then good things would follow and the rate of criticism would plummet. That changes our acronym. Now it becomes:

What I am asking you to do this week is to STINK. I promise that if we STINK, we will no longer feel superior to others. In Matthew 7:3-4, Jesus asks us why we are trying to remove a speck in someone else’s eye when we have a log in our own. The reason we do this is that we don’t believe we have a problem. That is why we feel superior. That is why we make snarky comments to other people. (“Snark” is a slang word that combines “snide” and “remark” and refers to sarcastic comments.) We are sarcastic and biting in our criticism. You can only put someone down if you feel that you are above them and feel superior to them. If there is no Surrender, no STINK, then there will be SNARK. The Rabbi’s question is the one I want us to consider: Can you go for a day? Can you go for a week?

I read an article by Lauren Frey Daisley titled “My Month of No Snark.” Daisley writes: “It started when my husband, baby and I drove away from a visit with my aunt, who has Stage 4 breast cancer. I thought back on the 30-some years I’ve known her. I have never once in all that time heard her say anything unkind. Not even in the subtext of her words. I began to wonder, how would holding my tongue—or at least changing what came off it—alter my relationships?”

That’s when she began her “month-long campaign” to practice kindness in her speech. She cornered criticism. Daisley discovered that it’s not easy to live without snark. Instead, she wrote, “It’s so much cooler to be more sarcastic …. It says, “I am so above this scene—above other people, even.“”

She said that it was hard, but it changed how she saw people. It put her on the same plane as others. It made her more compassionate, and more discerning. She was slower to speak, but strangely, she did not lose her sense of humor. She did not lose her ability to point out injustice. But she did become more kind and more substantively engaged with others.[1]

You have heard of Shark Week on TV. Why not declare this your own personal No Snark Week?  I can hear the JAWS theme music now.  Turn the Snarks back.  No Snarks Allowed. Let’s Corner Criticism this week. As a way of communing with Christ, go a week with no contempt for others, no superiority and no snarky comments. Let’s put those comments in a Snark Cage to protect people from biting criticism.