Trust and Obey, Even in Macroeconomics? - Seedbed
close
Menu 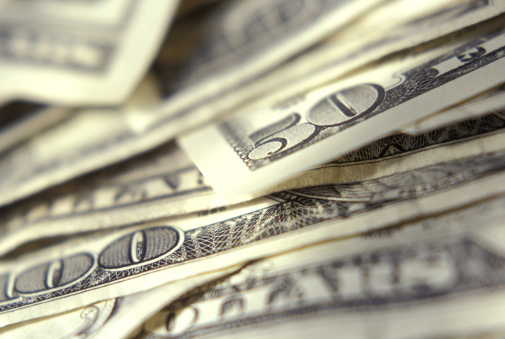 I heard once of an angry letter received by a college campus minister. The letter was from the parents of a young woman who was attending the college. It seems the young woman had grown quite serious in her Christian faith. And she had concluded that God was calling her to the mission field overseas.

Her parents were upset. Yes, they wanted their daughter to be a “good Christian.” But the mission field! Is this the kind of radical thing the campus minister was encouraging?

As Christians, we hear that story and we knowingly say: Well, making Jesus the Lord of your life means giving up control. We must be willing to follow God wherever he leads, even to the mission field if that is where he calls us. We can no longer just forge our own careers as seems best to us. And date whom we feel like dating. And spend our money however we ourselves want to spend it. All aspects of our lives must be surrendered to God. We must seek to discern his will, and then whatever the consequences are to our careers, our finances, our dating prospects…well, we live with it and trust God.

I’ve heard Christians talk about this attitude of trust in all kinds of contexts. And rightly so. But I don’t think I’ve ever heard a Christian talk about it in the context of macroeconomic policy.

In a previous post I noted how forceful the pro-capitalist argument is that wealth is not a zero-sum game. And the free market system (as unfettered as possible) is defended as the best way to create the most wealth for people.

Fair enough. But does this mean that Christians, obviously, should favor free market policies whenever possible. I suppose what I’m questioning is the assumption that, of course, we should favor the macroeconomic system that is the most efficient.

After all, for Christians, efficiency is not how we’re supposed to make decisions at the individual level. As a Christian, I’m not supposed to just charge ahead and make whatever money I can, however I can most efficiently do it. I’m not supposed to make career decisions just based on how I can ‘get ahead’ the quickest and most easily. Even in the context of microeconomics, I’ve heard Christian entrepreneurs and small business owners talk about how they try to practice kingdom principles in how they treat customers and employees, trusting that God will meet their needs. I’ve even heard Christians in business flat out testify that, if keeping their integrity means that their business goes under, they’d rather keep their integrity! They avow that their first commitment must always be to live as God has shown us he wants us to live.

So, pure financial efficiency is presumably not how we as Christians are called to make decisions at the individual level. I hear that message preached a lot on the micro-level. Again, rightly so. But do things suddenly change when we get to the macro-level? If millions of individual Christians are supposed to trust God to provide for their individual financial needs, as they commit to living together as God intends us to live, does the same not apply to a single, macro policy that affects millions of individuals?

Really, I’m just asking the question. I don’t want to presume to have some grand, definitive answer. But surely it’s a question Christians should be asking, and not just assuming.

In the end, there may be some really compelling arguments as to why Christians should defend the free market system in as many contexts as is possible. One argument is that the free market system best allows individuals and families to exceed the system by being more generous than the market demands they be.

But it’s also true that there are reasons for Christians to be suspicious of what the free market system promises. For instance, the Christian understanding of the Common Good is that we are to seek together, and receive together, the things of God that are good.

If the Christian-based arguments for the free market system (on education, health care, etc.) win the day, then fair enough. But I would value a serious discussion, and not just an assumption that the economic policy we should favor is the one that is the most efficient. There remains for me a big disparity between what I hear from many Christian leaders about efficiency versus simple trust, on the macro-level versus the micro-level. The connection between the micro and macro may be complex. But I think it’s a discussion really worth having.
—
Image attribution: Dobrydnev / Thinkstock © Seedbed 2021
Trust and Obey, Even in Macroeconomics?
MORE STORIES