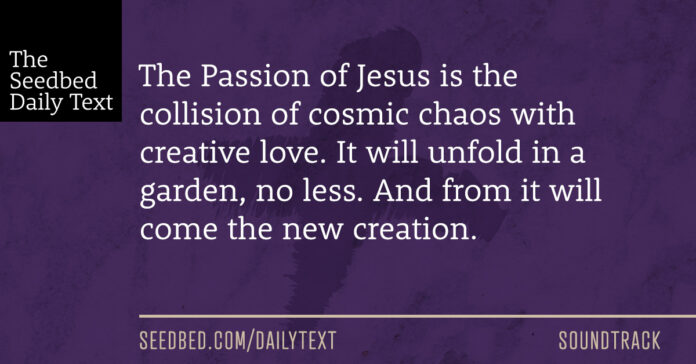 (No hymn tune for this scripture.)

On the eighth day, when it was time to circumcise the child, he was named Jesus, the name the angel had given him before he was conceived.

Now there was a man in Jerusalem called Simeon, who was righteous and devout. He was waiting for the consolation of Israel, and the Holy Spirit was on him. It had been revealed to him by the Holy Spirit that he would not die before he had seen the Lord’s Messiah. Moved by the Spirit, he went into the temple courts. When the parents brought in the child Jesus to do for him what the custom of the Law required, Simeon took him in his arms and praised God, saying:

“Sovereign Lord, as you have promised,
you may now dismiss your servant in peace.
For my eyes have seen your salvation,
which you have prepared in the sight of all nations:
a light for revelation to the Gentiles,
and the glory of your people Israel.”

The child’s father and mother marveled at what was said about him. Then Simeon blessed them and said to Mary, his mother: “This child is destined to cause the falling and rising of many in Israel, and to be a sign that will be spoken against, so that the thoughts of many hearts will be revealed. And a sword will pierce your own soul too.” (Luke 2:21–35)

When Jesus entered the temple courts, he began to drive out those who were selling. “It is written,” he said to them, “‘My house will be a house of prayer’; but you have made it ‘a den of robbers.’”

Every day he was teaching at the temple. But the chief priests, the teachers of the law and the leaders among the people were trying to kill him. Yet they could not find any way to do it, because all the people hung on his words. (Luke 19:45–48)

I wonder if his mom and dad told him. Did they share with Jesus at some right moment the words spoken over him on his eighth day by Simeon at the temple? Somehow, I think he remembered what he was too young to recall.

I bet he also remembered that “third day” in his twelfth year as his parents finally found him sitting in the temple courts, conversing with the rabbis. His response to his mom and dad was unforgettable: “‘Why were you searching for me?’ he asked. ‘Didn’t you know I had to be in my Father’s house?’” (Luke 2:49).

He lived in Nazareth, but the temple was home for him. He came with the real blueprints for this majestic edifice because, in fact, he was himself the blueprint for the temple. The building plan himself had finally entered the building. As the Son of David, he, along with his disciples, ate the consecrated bread from the altar. As Jehovah Rapha, the Lord our Healer, he valiantly healed the sick in the temple, and as Lord of the Sabbath, he did it on the Sabbath.

On that day in the last week, the holy week that was hell week, the day he went first-century postal on the money changers in the temple—he was just putting the final touches on his renovation project.

Here is the one greater than the temple, the very Holy of Holies himself, who said, “Destroy this temple, and I will raise it again in three days” (John 2:19).

The perfection of his comprehensive revelation is breathtaking. The Lord of the Passover is about to become the Passover Lamb. Everything in heaven and on earth comes together in this week of all weeks. The very Word of God, sharper than a double-edged sword (see Hebrews 4:12), will become the Pierced One.

The Passion of Jesus is the collision of cosmic chaos with creative love. It will unfold in a garden, no less. And from it will come the new creation. Believe it.

And thank you, Simeon, for the heads-up. Yes, the thoughts of many hearts will be revealed.

Do I really want to change? How?

ATTN SOWERS. Next Monday we begin a new series on The Daily Text. It’s called FIRST LOVE and will run from Easter to Pentecost through Paul’s Letter to the Philippians. Trust me– it will be a powerful jailhouse party. WILL YOU INVITE OTHERS TO JOIN US? Here’s a Sowers Reward-Challenge for anyone up for it.