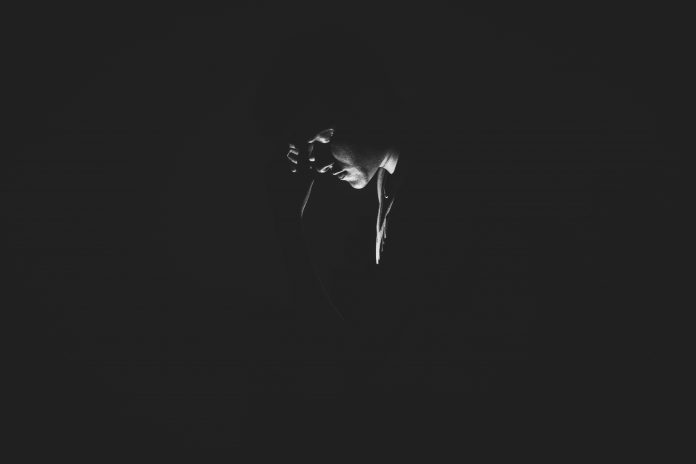 Lust has a wide variety of objects. Purity of heart is opposed by any lust—for wealth, prestige, or vengeance. It is found not only in actions but also in imagination. As Oswald Chambers noted, a person can lust for things that are not “sordid and vile.” The anonymous author of The Cloud of Unknowing brings under the rubric of lust “an inordinate love of giving or receiving flattery” and “a deep-seated need to be liked.” In other words, we can lust for approval and applause. The author, a medieval mystic, described with harsh condemnation the life controlled by lust:

We must also teach ourselves self-control for two reasons: so that we don’t lust after the wonderful necessities of life and so that we don’t rejoice too much in the absence of unpleasant but soul-nourishing godly sorrow. If we don’t learn spiritual discipline in these areas, the power of sensuality will run wild. Like a pig in mud, it will wallow in filthy promiscuity and worldly possessions. At that point, a person’s lifestyle is so beastly and carnal that they cease to be human or in any way spiritual.

Seeking to understand covetousness, a synonym for lust, Richard Foster observed that the “sin of covetousness is the inner lust to have.” (Richard J. Foster, Freedom of Simplicity [San Francisco, CA: Harper Collins, 1981], 18.) We would agree, I believe, that nothing is wrong per sewith having things, but when the desire for things becomes inordinate, compelling, and undisciplined, sin is lurking (1 John 2:15–17). Indeed, this defines covetousness and lust, the inordinate or overmastering desire for things rather than God. This “rather than” is a key phrase, identifying a competition with God for the allegiance of our life. When this point is reached, the worship of things, we have submitted to a form of idolatry “because it puts the object of desire in the place of God.” Remember, David understood that his surrender to lust devastated his loyalty to God.

Foster spoke of fasting as a means of grace that reveals those things that may control a person. Through fasting, he wrote, the lust for good feelings was revealed to him: “It is certainly not a bad thing to feel good, but we must be able to bring that feeling to an easy place where it does not control us.” (Foster, Freedom of Simplicity, 138.) Doing without something, fasting from it, can reveal the depth of our desire for or dependence on it. Ambition and power, not necessarily evil in themselves, can be the objects of lust. “We can be ambitious, but if we have a lust for power, then we have crossed into dangerous territory because our ambition has become excessive or uncontrolled.” (Maxie D. Dunnam, and Kimberly Dunnam Reisman, The Workbook on the 7 Deadly Sins (Nashville, TN: Upper Room, 1997], 141.) The objects of lust are more numerous than we might realize but they have in common an influence over us described as excessive, inordinate, or overmastering. We can serve only one master (Matthew 6:24). Left unsatisfied, lust can lead to depression and dejection, and even worse. “A consequence of greater harm is the damage it does to one’s relationship with God. Lust means ‘I must have it at once.’ Spiritual lust causes me to demand an answer from God, instead of seeking God Himself who gives the answer.” (Oswald Chambers, My Utmost for His Highest: An Updated Edition in Today’s English, ed. James Reimann [Grand Rapids, MI: Discovery House, 1992], February 7.)

It is no surprise that as with pride and anger, lust finds its root in our lack of trust in God. “The sin of lust has its root in the belief that God’s love is not enough to satisfy our longing for intimacy. We suspect that God unfairly withholding from us something that we need.”15In other words we do not trust that God is sufficient to satisfy our needs. This misdirection reveals the deepest harm of lust: the damage to our relationship with God when inordinate, undisciplined desire drives us to seek satisfaction in things God created rather than in God himself. When this happens the believer seats self on the throne, demanding satisfaction, trusting in things rather than in God. Revisiting Psalm 51 and looking at the history of David’s reign as king of Israel provides ample evidence of the devastation from David’s lust to his relationship with God and others.

This understanding of lust can be taken back to the first garden and considered in the context of the failure of Adam and Eve. They brought their desires with them as they came to stand before the tree with the forbidden fruit. The food and wisdom they desired were not, in and of themselves, inappropriate. It was only when they put themselves in God’s place that problems arose. They decided to act on their own, in disregard of God, in order to obtain what they thought they needed. They should have run when they heard Satan say, “you will be like God” (Gen. 3:5).

The problem was that Adam and Eve sought to satisfy their natural desires in a manner that rejected God and his provision. It was a failure of trust. Instead of trusting God to provide to the extent needed, Adam and Eve sought to satisfy their own desires through self-referenced means. These desires became overmastering lusts when they supplanted God’s command and, as a consequence, the relationship with God. Overmastering doesn’t simply mean that passion controls the actions of a person, in the life of a believer, it also excludes the trust required for surrender to the lordship of Jesus.

This is not to say that God makes trust easy. Eating the forbidden fruit no doubt seemed to be a compellingly rational course of action to Adam and Eve. It was precisely at this point that the serpent sought to drive the wedge between God and humans, this point of struggle between trust in rational human thought and trust in God. Satan tempted Adam and Eve to make what seemed to be a rational decision even though it was in clear opposition to God’s command.16 Likewise, David concluded that he deserved Bathsheba, following his own desires rather than God’s command. Every day we confront situations in which something alluring, attractive, and desirable tempts us as a compelling alternative to God’s way of holy living.

For our part, we need to recognize as did the Desert Fathers the presence of lust in our fallen nature and open that part of our life to the transforming work of the Holy Spirit. God’s salvation saves us from something, to some-thing. In our justification, it saves us from being lost and separated from God to being his children, joint heirs of eternal life. In our sanctification, our salvation saves us from a life dominated by lust (sin) to one fulfilled by purity (virtue). Sin may satisfy temporal desires, but virtue satisfies our deeply felt longings. In the quest for holiness, the Holy Spirit will lead us away from the deadly sin of lust to the virtue of purity. 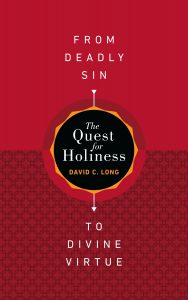 Are you interested in learning more about this topic? David Long wrote a book, The Quest for Holiness: From Deadly Sin to Divine Virtue. It’s a work that seeks to help individuals, small groups, and entire churches understand humanity’s fallen nature and surrender more and more to the transforming work of the indwelling Holy Spirit. Get your copy from our store now.