Learning to Preach by Writing to Speak - Seedbed
close
Menu 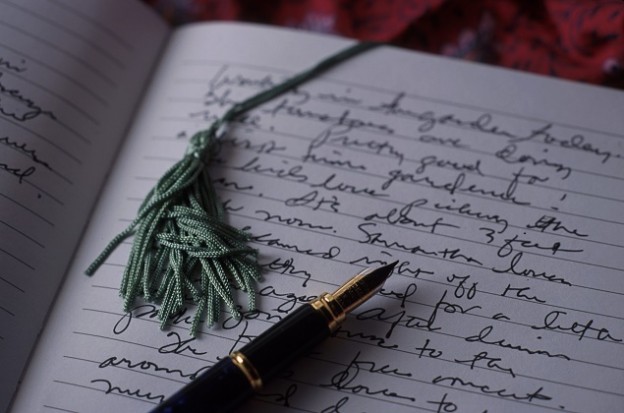 A Book Review of The New Rules For Love, Sex, and Dating by Andy Stanley.

I have learned to preach by reading sermons as much I have from hearing them.

Whether it’s The Collected Sermons Of Fred B. Craddock, Maxie Dunnam’s Pack Up Your Troubles, or even what I read online from John Piper, there is something revelatory in seeing things in print.  It’s always interesting to note how expert preachers manage their arguments and massage their language.

For that reason in particular, I place Andy Stanley’s The New Rules For Love, Sex, and Dating on the must-read list for any preacher seeking to hone his or her craft.

New Rules melds content with form in a way that will advance the preaching ministry of anyone serious about Gospel proclamation.

What do I mean about the melding of content and form?

This: The content of Stanley’s material regarding human sexuality and relational intimacy arrives at a crucial time in our church and in our culture. Soak up the wisdom it contains as you articulate your own explanations for the timeless beauty of celibacy in singleness and faithfulness in heterosexual marriage.

Yet for any aspiring or emerging preacher, the form of Stanley’s book is even more impressive. Its pages contain sermons—adapted to be sure, but sermons nonetheless—from one of the most effective communicators of our day. If you want to learn how to write in a way that will preach, study this book closely.

In short, read it once for content. Then read it again for style. Here’s what I mean:

Andy Stanley writes and preaches in the same way that Jerry Seinfeld does comedy: he gives language to that which we observe but seldom express.

For example, he recommends that parents stop having an awkward fifteen minute talk with their children about sex and instead have a fifteen year conversation. He points out the implausibility of our culture’s proposal that no-strings attached sex with a way-above-average-looking-person is the right and privilege of all of us. Instead, he reminds us that sex early in a relationship masks relational issues that will no doubt surface later.

Culturally, he makes the persuasive case for the reason that Westernized nations have an enlightened attitude towards the rights of women and the equality of the sexes (values missing in cultures of the Mid & Far East): it is “a leftover from our Christian heritage.”

Finally, he tells the haunting tale of asking a single again, sexually active thirty-something woman: “Has sex as a single woman made your life better or more complicated?”

The awkward tears that followed the question prove Stanley’s over-arching point: sex is God’s idea, not ours, and since he invented it he can determine where it can be expressed–in marriage between a monogamous heterosexual couple. In the middle of a confused culture and a bewildered church, that is a message which we need to be modeling, teaching, and preaching over and over.

Prophetically, he calls the church to faithfulness to its ancient roots.

Pastorally, he invites people into a regret-free life.

Now that we’ve covered some of WHAT Stanley says here, it’s time for what’s even more fruitful: HOW he says it.

Many of us who read Stanley’s earlier work,Communicating For A Change, stand by its me-we-God-you-we sermon design. This current volume is an opportunity to see that format in action.

Starting with Sermon/Chapter titles such as “The Right Person Myth,” “Gentlemen’s Club,” “The Talk,” and “Designer Sex,” Stanley captures the reader’s/hearer’s attention before the preaching and teaching even begins.

From there, he deftly pokes holes in conventional wisdom with language that is both precise and penetrating. He uses short sentences, contrasting images, and alliterative skill to hammer home his ideas. For example:

Chances are you would have addressed the relational challenges more quickly if you hadn’t been physically involved (p. 26).

You can choose to express your sexuality outside of the parameters of their divine design. But you can’t choose the outcome (p. 161).

Stanley’s writing here seems so effortless that you know it took a lot of effort. In his rare combination of brevity and boldness, observation and proclamation, absurdity and profundity, he has much to teach us. Not only in the content of our preaching but in its form as well.