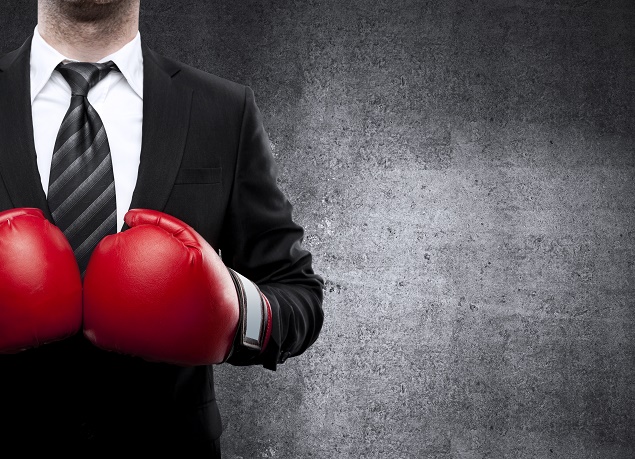 A memorable sports story occurred over a century ago in the year 1909. It involved a boxing match between middle-weight champion, Stanley Ketchel, and an imposing African-American boxer named Jack Johnson. Up until that point, few white fighters would take on Johnson: he was brash, wore fancy suits, drove fast cars, and dated white women. In other words, he didn’t fit the white-black race conventions of early 20th Century America. However, money was on the table—and the search for the “great white hope” to defeat the Goliath-like Johnson created pressure for white fighters to take up the challenge.

One such fighter was Ketchel. Unfortunately, as skilled as he was (he had earned the nickname “The Michigan Assassin”), he was severely undersized and hopelessly underweight relative to his opponent. He had no chance of defeating Johnson, and both men knew it.

Ironically, Ketchel and Johnson were friends and could often be found gambling, drinking, and even attending brothels together. Ever mindful of making an extra buck, they agreed to fight, but with certain conditions. The match would be 20 rounds, and the longer their match, the more likely it was to create additional revenue in the theaters (longer rounds implied that it must have been a good fight).

Thus, boxing lore has it that Ketchel and Johnson made an agreement before the fight: Johnson would agree not to knock out Ketchel as long as Ketchel agreed not to try to win the match. In other words, the two would fall into a type of dance—lasting many rounds—as a means to earn more money.

The day of the fight came and, as expected, the outdoor stadium was filled to capacity. As agreed, the two fighters jabbed, picked, wrestled, and danced from the opening bell. While punches were thrown and blows were landed—Johnson and Ketchel adhered to their pre-determined pact.

However, something happened in the 12th round that would change this arrangement altogether. Ketchel, seeing an opening, decided to stray from the script. Out of nowhere, he opportunistically launched his right arm across his body and landed a thunderous blow across Johnson’s face, sending the giant to the mat. This was met by a sea of white spectators celebrating in jubilation.

The mighty Jack Johnson had fallen. The sports world was set right. The “great white hope” had been discovered.

But Johnson got up.

Not only was Johnson up—he was no longer dancing. Ketchel had abandoned the script; Johnson would too. The duration of the match after the now perturbed fighter arose lasted mere seconds. Johnson charged at Ketchel delivering two devastating blows, the second of which sent Ketchel flailing unconscious to the ground. It was later discovered the Johnson’s right-blast to his opponent’s face was so severe that Ketchel’s teeth were embedded in Johnson’s glove. The victor calmly made his way to the rope, glanced at the crowd, and simply stared at Ketchel’s lifeless body spread out across the mat. In Ken Burn’s epic documentary of Jack Johnson titled Unforgivable Blackness, one sports commentator described the error well: “The moral of the story…follow the script.”

The commentator’s advice is appropriate. However, there is an additional “moral of the story”—and it extends beyond boxing, knockouts, and “scripts.” The Ketchel-Johnson match provides a fitting metaphor for a larger, more human, story: trying to live under different identities, having a divided heart, harboring multiple—and often contradictory—aims.

One is reminded of Elijah, who scolded the prophets of Baal for trying to harbor competing identities: “How long will you go limping with two different opinions? If the Lord is God, follow him; but if Baal, then follow him” (I Kings 18:21). The term “limping” is specific to the NRSV translation. If someone is limping, that means—for whatever reason—they are not walking correctly. Moreover, Elijah suggests that they are not walking correctly because they are wavering between two beliefs, identities, and worldviews: postures that cannot so easily occupy the same space.

Much can be said here, but Elijah’s warning (and Ketchel’s error) is relevant to our present day circumstances. Specifically, in the posts to follow, we want to explore five approaches or conceptions of our faith life and our work life. Four of these “postures” wrongly attempt to accommodate multiple identities. Like Ketchel, we assume these postures at our own emotional, physical, and spiritual peril. We will look at each of these postures in turn, followed by a more faithful approach to how we conceptualize our work lives—what we refer to as “work as worship.”

Kevin Brown and Mike Wiese are regular contributors to Faith and Work Collective. Thanks, guys!