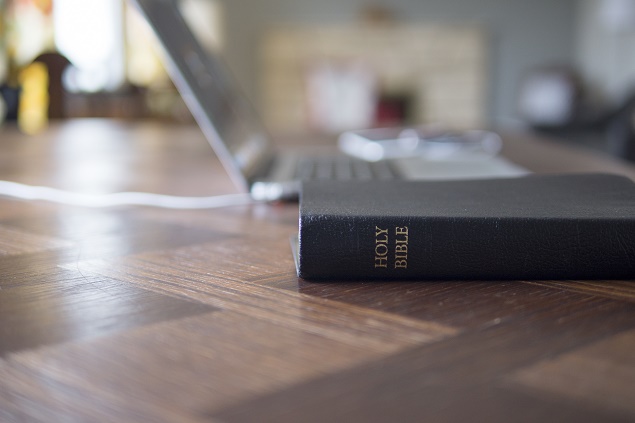 In our previous post, we explored the first misguided posture toward work for people of faith: the Work, not Worship Divide. The next posture we want to give attention to is the Work, then Worship Divide. Where the former inappropriately divorces our faith and work identities, the latter is an imprudent attempt to make the two coexist together.

However, in this divide, work is really the priority. Many of us know that it is not right to divorce our work and our faith lives. But, in trying to find a way to squeeze our spiritual self into our workplace self, we may only create another divide where our faith plays “second fiddle” to our primary work identity.

What does this risk?

Among other things, this presents a strong temptation to superimpose the Christian faith over the business grid. More often than not, this creates the false conception that my business, or my work, is blessed and the business will prosper. That is, this view runs the risk of instrumentalizing Christianity as a tool for our work ends.

Recently a friend shared the argument that Christian values produce business success. He suggested that Christians in his business firm were pitching a “servant leadership” training regimen to upper management because it would ultimately make the company more profitable.

Knowing where the question was going, he responded that money, in many organizations, is the “language of business” and speaking in that language is necessary for Christians in order to implement faith-driven principles such as servant leadership.

While this argument has merit, this view risks making Christian values nothing more than a formula for performance in the firm. Whether it is being honest or implementing principles such as servant leadership—the worth of such attributes is measured by the productivity it engenders, not Christian discipleship.

Why is this important? Because the promotion of Christian virtue as some kind of an economic asset and productivity generator is often nothing other than, in the words of Jeff Pfeffer of the Mckinsey Consulting group, a “modern day morality tale.” He writes:

The first and maybe most pernicious problem is that thinking on leadership has become a sort of morality tale.  There are writers who advocate authenticity, attention to employees, well-being, telling the truth, building trust, being agreeable, and so forth.  A smaller number of empirical researchers, contrarily, report evidence on the positive effects of traits and behavior such as narcissism, self-promotion, rule breaking, lying, shrewd maneuvering on salaries, getting jobs, accelerating career advancement, and projecting an aura of power.  Part of this discrepancy—between the prescriptions of the vast leadership industry and the data on what actually produces career success—stems from the oft-unacknowledged tendency to confuse what people believe ought to be true with what actually is.[1]

Related to this is a recent article in “The Atlantic” that highlights research suggesting that it pays “to be a jerk.”[2]

This is why the Work, then Worship Divide serves as an inappropriate posture toward work for people of faith. We corrupt the meaning of our faith lives (especially in the business realm) when we speak of their virtue as some kind of a necessary ingredient for marketplace success.  That is, in emphasizing the outcome (marketplace success)—we wrongly link the “rightness” of our activities and attributes to the consequences they are expected to produce.  Good consequence = Morally appropriate action.

To be clear, there is no doubt that virtue and character are valuable attributes in the marketplace.  But to advocate for these characteristics because they are expected to produce desirable business outcomes risks an implicit normative judgment about any words, attitudes, or behaviors that can deliver the same or better.

In this sense, we are telling the wrong “tale.”

Kevin Brown and Mike Wiese are regular contributors to Faith and Work Collective. Thanks, guys!