What I Wish Paula Deen Had Said - Seedbed
close
Menu 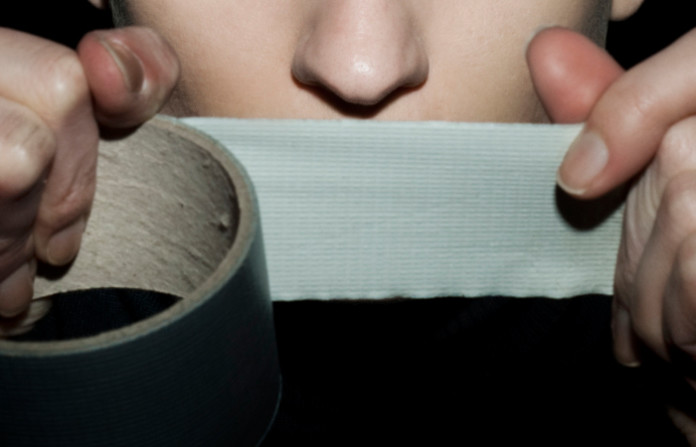 You’ve heard it on the news. You might have seen the interview Paula Deen gave on the Today Show. I found it hard viewing. She was a classical, older southerner and Matt Lauer clearly clueless about the real moral struggles of her generation of southerners dealing with their  racial feelings. For Lauer, it boiled down to whether she’d used a particular word just once or more than just once.

Which got me thinking…I have now seen several prominent southern celebrities trip up over some remark they made that included either a racial slur-word or betrayed what we now understand to be racist, or racist-tending, attitudes. Everyone focuses on parsing the statements, debating the words, but nobody seems, in my mind, to “get it.” The apologies come off lame and sometimes seem outright untruthful. The critics seem hypocritical, dissecting the motives of others when they have done and said much that is as bad, or worse.

So…not to be criticizing Paula Deen, I thought about just what I wish she’d been able to say, and I wrote it out, partly for my own reflection, and I share it with you in the interest of trying to go a bit deeper into these sorts of conflicts.

What I wish Paula Deen had said on the Today Show:

Matt, you can tell by looking at me and listening to me talk. I’m 66 years old,  a southern white woman with big hair who loves to cook. In your mind, I’m not a person, I’m a cartoon. A bottle-blonde ditzy southern belle making big money cooking on television. But there are some things you can’t see from your pundit’s chair.

Matt, In my lifetime, I lived at ground zero of the most significant moral and social transformation to sweep America since the ratification of the Constitution. African Americans went from being abused, buried under prejudice and biased local regulations and customs, subjected to indignities beyond description, to being recognized and welcomed as full citizens in our American republic.

At the same time, I grew up, was shaped by, and loved my—admittedly white—southern culture. Unfortunately, we (white) southerners had to face the fact that our culture had been horribly, obscenely wrong in how it treated African Americans. We didn’t just adjust to new laws. We had to face the grisly fact that we had been on the wrong side of a massive moral divide. It’s hard, one day, to think of yourself and your family as a decent and moral, and the next day, face the fact that you’ve been stained deeply by a moral fault that literally was the air you breathed and the glasses in front of your eyes for most of your life. It could feel a bit like people who suddenly saw they had cancer from a toxic waste dump deep in the ground under the foundations of their home. Of course, choices were made, but choices are only the tip of the iceberg. What makes choices meaningful is the  network of memories, affections, ideas and experiences that inform and shape the choices.

I grew up with a contradiction. My deeply Christian, moral American family believed every person was to be treated equally, both under the law and in everyday human life, and actually, that’s how they did indeed act most of the time. And yet, the toxic legacy of racism lingered. It lingered in our instinctive feelings, in our social reflexes, in artifacts of our speech, and even in our sense of humor, for white southerners but also for African American southerners. Long after we had completely reset our moral compasses, re-charted our course, and re-discovered, by the grace of God, the precious worth of every human being,  especially those we formerly excluded, the smelly vapors of our dead past still periodically wafted up from the swamps of our unconscious. From time to time, the radon gas of racism found its way into our basements despite all our efforts to seal it out.

As a result, we who grew up in the “old” south and have lived to love and celebrate the “new” south, still stumble. We laugh involuntarily at a slyly racist barb that hits our funny-bone just a split second before it registered on our conscience. We trip up on a piece of nostalgic emotion or imagery attached to the old reality, and before we know it, we’ve said something not only wrong, but at odds with our deep moral commitments that we’ve invested decades of effort to shape.

I’ve had some of those moments. I’ve said things, laughed at things, expressed ripples of feeling, that show I am still on this journey, still in need of more growth. And I’m forging ahead. I’m determined to be a finer, better person than I’ve been. I won’t quit until every vestige of the old way is burned out of my life. And I won’t abandon the quest just because I have seen afresh how much I need to keep pursuing it.

Those who have not made this journey, who have never faced a sin that is as much cultural DNA as it is ethical choices, have no idea how hard it is. Our elusive enemy resides within our own soul. It’s the layered fabric of an entire culture, woven through our being at the most formative stage of our lives. We white southerners, especially those of us older than 50, live with this every day. We confess and grieve our moments of callous insensitivity, our involuntary slip into habits and sensibilities of a worldview we have repudiated and now abhor that came from people and places we inhabited and adored. I believe most southerners have done incredibly well in walking this journey, but obviously, we— I—have miles yet to go.

Matt, I’m sorry for hurtful things I said. I won’t make any excuses. I do ask that the other actions in my life—almost all I’ve done and said in my adult life—would be allowed also to have their say as you shape your judgment of me. I ask that you would look into your own heart. Do you not  struggle with deep-seated, culturally ingrained habits of thought, word and deed? Can you face your own attitudes about older, big-haired southern white women, and extend to me, along with this welcomed accountability,  the grace that we all—you included—need in order to walk the path of justice and righteousness together.

The odd thing is, I suspect Paula Deen, in her own way, in her own words, could give that speech. What I wonder, what I doubt, is whether Matt Lauer could hear it…

© Seedbed 2021
What I Wish Paula Deen Had Said
MORE STORIES