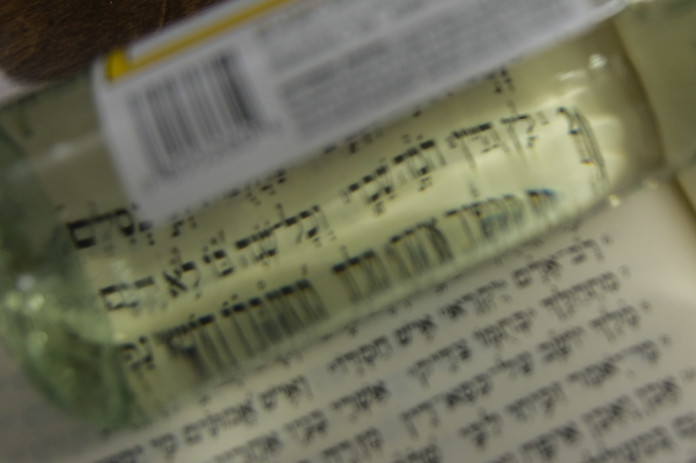 Of course, it depends on who “they” are. In the last several years evangelicals have been talking about alcohol. Historically, American protestant evangelicals have tended though never unanimously, toward the position of total abstinence, a position enshrined in a good many denominational or institutional codes of conduct. This insistence, however, encounters a bit of friction in a good many biblical passages, particularly in the Old Testament, that commend “wine” as a gift of God that makes people happy, noting the Bible only criticizes drunkenness. So it’s not unusual now to see evangelicals diving into the culture of alcohol—becoming wine snobs, micro-brewery aficionados, and even finding it fashionable to refer to having had a little too much from time to time. A recent column in Relevant is a perfect example of what I’m talking about.

Inevitably, push-back comes. Christianity Today recently devoted an entire issue to “The Case for an Alcohol Free Life,” including a personal essay as well as a very fine historical piece by Jennifer Woodruff Tait outlining the various influences that came to expression in the American evangelical “consensus” of the 20th century that total abstinence was the most consistent ethos for a Christian today. The picture is a little different from the cartoon we often encounter.

So the whole debate about Christians and alcohol is an important one, a good one to have. I personally don’t have much energy for the argument, but as I’ve listened to discussions, I notice both sides tend to leave out important aspects of the biblical witness. So for a few blog posts, I want to talk about “what they aren’t telling you about alcohol and the Bible.”

First, if “they” are traditional American evangelicals who insist on total abstinence, one thing “they” are not telling you about alcohol and the Bible is that the Bible does not in fact demand total abstinence from alcohol from believers in any general or absolute way. A variety of dodges exist, of course, including the claim that ancient wine wasn’t high in alcohol content, which makes a hash of commands to avoid drunkenness. It is likely that wine, at least, was diluted with water, but evidently still the

alcohol level was sufficient to warrant warnings against intoxication. The dilution likely was to make it go farther in serving.

Second, “They” haven’t told us that the Bible in many places commends alcohol as making the heart happy, as being a gift of God and a sign of his blessing. Vineyards were a major feature of ancient Israel’s agricultural life, and a particular variety of grape, the Sorek grape, thrived in antiquity only in the rich red limestone soils of the Jezreel valley in north-central Israel. It was one of the few things that could not be grown in Egypt. The Egyptian Pharaoh Thutmose III, after conquering Megiddo in the Jezreel Valley, set aside a massive portion of the valley to cultivate this grape for his kitchens back in Egypt.

The ancients in general, and the Bible in particular, saw the destruction of vineyards as especially heinous because vineyards take many years to mature and produce high-quality grapes. If you plant a barley crop, you’re planting it for yourself. If you plant a vineyard, you’re planting for generations to come. When King Ahab in the Old Testament seized the property to Naboth, which violated the covenant promise of Yahweh that every Israelite’s inherited land was inalienably his, his crime was compounded by the fact that he was plowing under a Jezreel Valley vineyard in order to plant a vegetable garden! He destroyed a distinctive, long-term agricultural heritage in order to have fresh tossed-salad in his Jezreel palace. The point I’m making here is the Bible, at least the Old Testament, does not treat wine as something the Hebrews could take or leave as they preferred. No, viticulture was a vital part of the culture and economy of ancient Israel.

Third, another thing “they” (I’m talking about my crowd here, American evangelical total abstainers) haven’t told us about is the importance of beer in ancient Israel. The Hebrew term שָׁכֵר šēkār is traditionally translated “strong drink” since the verbal form has traditionally been taken to mean “to be drunk.” Some recent data have, however, offered a refinement and many would argue, and I agree, that the closest equivalent in English would be “beer.” For the information and arguments involved, you will need to let me tell you a bit of a story, and I’m already out of space for this post, so you’ll need to stay tuned for the next installment.