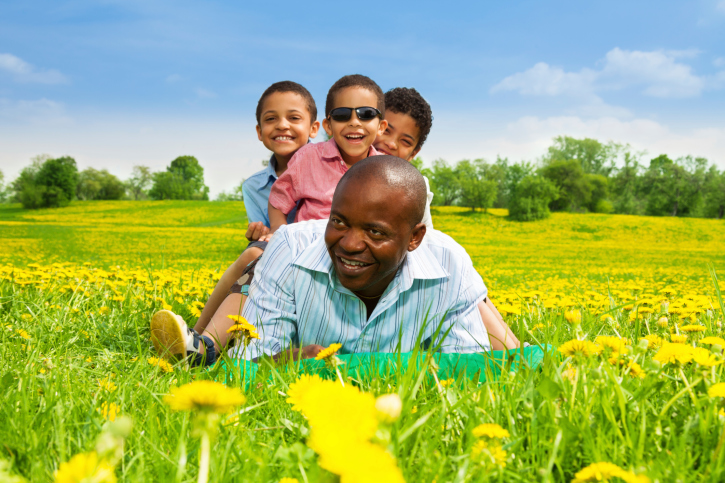 “Dad! Help me!” The kid is trying to program the DVR or change the thermostat, or she is working on her homework. The boy might be trying to get the blinds to be level or the girl might want to change a light bulb in her bedroom. In each case, the Dad’s offspring is getting frustrated and the young one asks for help before they’ve even really begun.

Kids Are Bad at Everything

This is a tempting moment for Dad because he could now be a hero the kids are dependent on. He can swoop in and do it in a jiffy. Dads can change the thermostat and change light bulbs in their sleep. Dads are generally pretty good at all kinds of stuff that kids stink at. Let’s be honest, kids are bad at everything. Most of them can’t even tie their shoes till they are five!

So Dad might be tempted to do it for them, so it’s “done right.” The children could gather around the Dad and sing sonnets to his awesomeness, inviting the neighbor children to gather around him to notice his large biceps and to marvel at his mastery of light bulb manipulation. But, this is not what happens. Forswearing the glory, Dad says this: “You’ll figure it out.”

Sometimes we sense our heavenly Father is saying the same thing. To bring a request to God and hear, “You’ll figure out,” bugs us. We want answers. We want the kind of father our kids want in the short term: one that will fix everything right away. But we don’t get that. We get a Father in Heaven like dads on earth who say, “You’ll figure it out.”

Actually, he doesn’t know how to fix the Wi-Fi. Nobody does. Perhaps not even our Father in Heaven who has more important business. But, that’s not the point. Dad says, “You’ll figure it out,” because he knows something Dads have instinctual knowledge of: kids need to learn how to learn. They need to figure things out on their own. They need to learn patience more than they need to finish their long division. They need to learn hard work far more than they need a new light bulb. Dad wants his kids to start to believe in their own ability to figure things out. Dad doesn’t want the kids to depend on him more and more—but less and less. This is one of the things that turn a man into a good Dad.

So Dad doesn’t jump in and solve the problem right away. Instead, he looks up from his magazine, or his laptop, or the dishes, or the engine he is tuning up, or the laundry, or from the wild boar he happens to be skinning that evening during an episode of Jeopardy, and while looking the lad in the eyes, he warmly says with a smirk: “You’ll figure it out.” And then Dad returns to the crucial dad-business at hand while responding to a Jeopardy answer about boars out loud in the form of a question, just to show off a little.

Our heavenly Father knows that we need to learn how to learn as well. We don’t need a cosmic vending machine God, we need a father that is similar to the father our kids need—one that could fix things, one that can show us how to fix things—but more often than not one that teaches us to wait, and to work hard, to be faithful, and to learn to fix or learn many things we could fix or learn ourselves.

The Futile Rebuttal of the Child

The child does not agree with the answer of the dad. They cannot imagine they will ever figure this out on their own. They have considered how to do it for around thirty seconds, half of which was asking for Dad’s help, and they cannot imagine devoting another thirty seconds. Then they would have given an entire minute to the problem. And with that time they could microwave a treat, or laugh at an online video of people falling down hilariously, or a view a commercial for the new flavor of Frosty ADHD Sugar Pops, or continue watching re-runs of an Epilepsy-Inducing-Japanimation-Marathon. Dad is aware, however, that such things “rot the brain” (which is another thing Fathers say, by the way) and instead it would be better for the child to attempt their task a little longer, a little harder.

Sometimes, rarely, the child returns after a few minutes of trying harder and longer and they truly do need the advice, wisdom, and help of Dad. In these cases, a tutorial is in order where the child is shown the proper methods for such things, including, but not limited to, folding laundry or skinning a wild boar, both of which are difficult for a child to do properly without some coaching. But mostly—almost always—they do figure it out on their own.

Why Dad Says this Kind of Stuff

The child learns not only a new thing, but more importantly, they learn something far greater: that they can figure things out on their own. They also learn that Dad believes in them, and has more confidence in them than they have in themselves. And that’s a good thing for a young one to know.

We learn this about our Father in Heaven too. Our Father believes in us. He has more confidence in us than we have in ourselves, and he knows we’ll figure it out.

David Drury serves at the Chief of Staff for The Wesleyan Church. He is the author of a half-dozen books including Being Dad, a memoir of a son with an intentional father (see beingdadbook.com for more information.)