Where Are the Reformers? - Seedbed
close
Menu 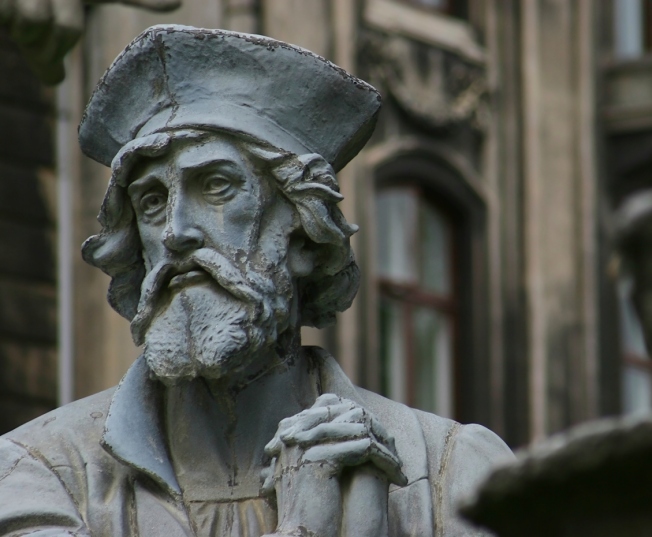 The world is a mess. Where are the reformers?

Americans are frustrated with what is variously called “gridlock” or “dysfunction” in Washington. We face boat-loads of other problems and issues, from obesity (of all things!) to poor education and family breakdown. Meanwhile people in other lands have their own litany of complaints—often more immediately life-threatening than those of us who live in the comparative safety and (for most) decadent prosperity of the United States.

As Christians, we know what the answer is to this messy morass: Revival. Effective witness. Vital churches. Repentance and people turning to God.

But we also know that God works, now as in the past, through a whole range of reform movements. Some explicitly Christian; some not. The grace of God which transforms is not channeled exclusively through the church or professedly Christian movements.

In the case of the United States, we can tell stories about a whole chain of reform movements that have made society more just, safe, and livable. Some of the most obvious are abolitionism, the Civil Rights Movement, the Women’s Suffrage Movement, and the Farmers’ Alliance. Labor movements greatly improved wages and working conditions for workers and reigned in the worst corruptions of monopolies and Robber Barons.

There are many others. In fact, U.S. history is in large measure the story of reform movements serving as checks on greed, corruption, monopolies, and conspiracies that undermine the general welfare. A huge literature exists on this. A few examples: Ronald Walters, American Reformers 1815-1860 (Hill & Wang, 1978, 1997); Tim Stafford, Shaking the System: What I Learned from the Great American Reform Movements (IVP, 2007); Michael Kazin, American Dreamers: How the Left Changed a Nation (Knopf, 2011); David S. Meyer, The Politics of Protest: Social Movements in America (Oxford, 2007); Howard Zinn, A People’s History of the United States 1492–Present (HarperCollins, 1980, 1999); William McLoughlin, Revivals, Awakenings, and Reform (University of Chicago, 1978). And of course Timothy Smith’s classic, Revivalism and Social Reform (Abingdon, 1957, and reprints). Similar literatures exist for other parts of the world.

So, where are the reformers today? Is there any hope for this mess? For the past decade or two citizens of the U.S. especially have shown a strange passivity and lethargy in engaging with today’s critical issues. I remember the Sixties and Seventies. Today feels more like the drifting Fifties, but now distracted by video games, texting, 24-hour cable TV, and Facebook.

And yet. We’re seeing glimmers of potentially significant new reform movements. The Occupy Movement (actually born in Canada) had a brief but significant impact in the U.S. and in several other countries a year or so ago. It altered the conversation (the one percent; the 99 percent) and still percolates in low-profile activism. A new Freedom Movement fighting today’s forms of slavery is active and seems to be growing. Since twenty schoolchildren were gunned down in Connecticut last December, a new Gun Control Movement in several forms has been birthed, or reborn.

There is a whole string of others, depending on how you define movement. Movements supporting buying local; community gardens; urban farming—fairly new, and growing (in both senses). Concerns for healthier food; dealing with obesity and stupid nutrition; recognizing factors in our environment that contribute to illness. A growing emphasis on recycling and the shortsighted insanity of not doing it. Significant movements toward social entrepreneurship, social business, and microenterprise. A large growth in new forms of cooperative enterprises.

There was of course the Tea Party Movement, just as there have been nativist movements in the past. Such movements are largely retro and self-focused. They tend to self-destruct in fairly short order, as we now see before our very eyes. Generally the people at the heart of such movements are the last to get the news.

Globally, we are aware of terrorist and radical religious-political movements—Islamist but also Hindu, Christian, and others. We are less aware of moderate reform movements within (for example) Islam and Hinduism because they don’t get much press.

Other movements in North America and beyond could be cited. Taken together, such movements suggest that the U.S. may be just at the cusp of an historic new Reform Era. It has happened before. It is surely and sorely needed today. We can debate the pros and cons of particular movements. But of broader interest may be the larger mood and ethos of a society, and what stirs people to action.

Arthur Schlesinger, Jr., wrote about The Cycles of American History (1986), and in 1991 William Strauss and Neil Howe published Generations: The History of America’s Future, 1584 to 2069 (to cite two of the more intriguing examples of a large literature). Generations is particularly intriguing for its fold-out chart of generational cycles in U.S. history. The authors’ analysis shows a recurring pattern: Periods of stability leading to decadence and crisis, leading then to new reform movements and spiritual awakenings. Though not writing as Christians, Strauss and Howe draw insightfully from revivals and awakenings. They posit, incidentally, a major crisis beginning around 2013 when “some spark of history can be expected to ignite a new social movement” (p. 381).

Certainly we are due for new social movements and a new reform era. It may be that future historians will trace a long trajectory over the twentieth century and into ours, an inverted arc from decadence to some kind of renewal.

Consider public health, nutrition, agriculture, and the industrialization and “chemicalization” of food. In terms of health and nutrition, the trajectory clearly has been downhill since the late 1940s. It looks now as though the downward trend has bottomed out as the effects of obesity, increasing childhood diseases, and other consequences of industrialized food mainlined into a sedentary population are becoming not just obvious, but critical.

Historian and social analyst Jared Diamond points to Howard Friedman’s new book, The Measure of a Nation. Friedman “compares the United States with 13 other rich countries in five vital measures of individual and national security: health, safety, education, democracy and equality. . . . Contrary to what many Americans think, the U.S. does not lead the world by these measures.” (“Jared Diamond: By the Book,” New York Times, Jan. 17, 2013). Major reforms in these areas can’t come too soon.

And yet the biggest public health, environmental, and security crisis globally, transcending but exacerbating all the others, is climate change. Here also reform movements are tardily awakening. The big question: Which tipping point will come first? The tipping point in public opinion that brings really significant and effective measures to deal with the negative effects of human-induced climate change, or the tipping point of global climatological collapse? The physical climate or the climate of opinion?

But still, where are the reformers, really? Are they (or we) coming?

Despite today’s mess, hopeless as it often looks, I am a bit more optimistic now than a couple of years ago. Washington gridlock may be melting. A new reform spirit may be emerging in the nation and beyond.

May be, maybe not. In any case, what should a Christian to do? Here are my priorities, and perhaps yours:

Pray. I don’t mean this in a passive or copout sense. I mean it in a strong and proactive sense. Intercession. I pray everyday that God will raise up transformative reform movements consistent with his will. And I pray for specific reform movements and those involved in them—as well of course for the oppressed and suffering, the “huddled masses yearning to breathe free,” not just in some general sense but in specific instances. Prayer is action and leads to action.

Based on biblical examples, I have become convinced that broad-scale as well as very specific intercession is much more important than I once thought.

See things from the underside. Reform movements are threatening. Of course! —by definition. Often they are extreme because they see extreme injustice or suffering. And of course movements vary in lots of ways, so discernment is needed.

But things always look different from the victims’ side. Here things tend to look more like the viewpoint of the kingdom of God than of the status quo. More like Jesus.

Expect change and reform. God’s kingdom comes in many ways, but one key way is through movements of social reform. Look for signs that God is at work in reform movements, even if they at first look bizarre or as insignificant as mustard seeds.

Be a disciple. In other words, let’s put the gospel fully to work in our own lives, including in this area. This means asking God and our Christian sisters and brothers for guidance as to what my part is in God’s will being done on earth as in heaven.

For some, this will mean supporting reform movements by active participation or financial support (as well as prayer). For some it may mean joining initiators in starting a new movement. Certainly it will mean being informed, and using such influence as we have in behalf of movements that are consistent in aims and methods with the priorities of the kingdom of God.

Of course, the most significant reform movement by far of our age perhaps is just now a-borning, and we don’t know it yet.

Reform movements, in all probability, will happen. The key question: Will they be in the direction of the kingdom of God, or not? Will they be genuine movements of the Holy Spirit, extending the work of Jesus Christ? And what will be my part?

(I deal with several specific areas of needed reform in See my New Reform Agenda, which is also available here.)

© Seedbed 2021
Where Are the Reformers?
MORE STORIES