Why Study Greek and Hebrew: Make the Biblical Languages Work for You - Seedbed
close
Menu 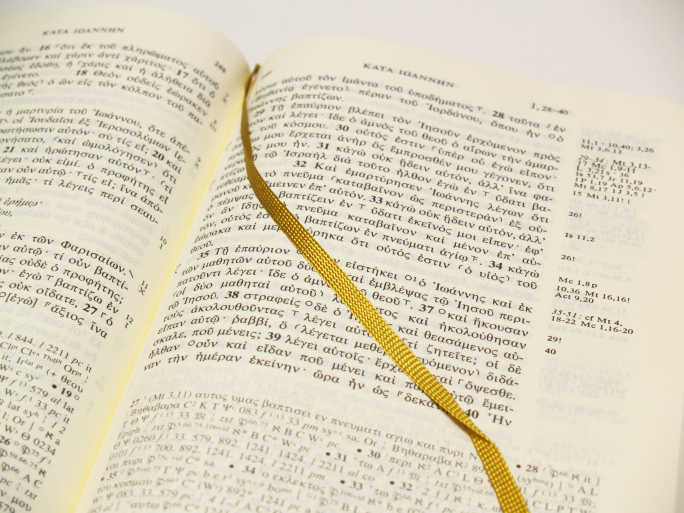 A few weeks ago, a friend of mine was about to complete his final semester of Greek and mentioned that he was anxious to finish the class because he would finally be able to put his Greek books back on the shelf where they belonged. Sadly, this sentiment is all too common. Many students will spend multiple semesters and countless hours studying Greek or Hebrew, only to abandon the languages after their final semester. After all, with the original languages software and online resources available today, even someone with no knowledge of Greek and Hebrew has access to translation options and parsings for various words. Thus, it is reasonable to pose the question: Is the study of the Bible in its original languages a worthy use of time for a pastor, missionary, or serious layperson? Can facility with the original languages give you anything that the digital resources of our day cannot?

I am the chief of sinners. As the son of a seminary professor, I had the opportunity to study both Greek and Hebrew at the graduate-level when I was in high school. Although I did quite well as long as I had the pressure of a grade, my study of biblical languages ended with the final semester. Thus, by the age of 18, I had known, lost, and reclaimed each language at least once.

In my experience, there are two mindsets that contribute to a superficial interest in Greek and Hebrew. First is the class mentality. This is the student who studies biblical languages simply because of a degree requirement. This mindset cultivates an attitude of, “I have to do this,” rather than, “It is a privilege to do this.” The result is that many students do the bare minimum in order to make the grade they want, and it is no surprise that so many quit after the academic motivation ceases. This problem is only exacerbated by teachers who assign enormous exegesis assignments that are absolutely impractical for anyone who ministers outside of academia. Seriously, who is going to write a 12 page exegesis paper in preparation for their Sunday sermon? We need academic expectations that are going to prepare people for real ministry situations.

The second mindset is the cool insight mentality. Far too often, we see biblical languages as a way to introduce some “wow factor” into our sermons or teaching. This usually manifests itself in a word study of some sort—you know, where you impress your audience with your pronunciation of that original word and then tell them it means something besides what’s in their English translation. Besides the possible methodological pitfalls of this sort of approach, the cool insight mentality tends to use insight gained from the original languages as an icing on the cake of what you want to say rather than the determining exegetical factor. In addition, this mindset tends to stick to easier and more superficial issues of semantics and basic grammar rather than more difficult and significant matters like complex grammar and syntax.

So how can skills with the biblical languages enrich your exegesis? I could give hundreds of examples, but let me mention just a few general contributions of Greek and Hebrew.

Structure. Greek has more internal structure than English. Some passages that seem ambiguous or difficult in English can be quite clear to someone who understands Greek.

Word order. Because Greek and Hebrew are not as dependent upon word order to convey meaning, they can rearrange words to put emphasis upon them. Recognizing this can help us to see the intent of the biblical author.

Verbal aspect. Like English, verbal forms in Greek tell when an action occurred, but they can also describe the type of action (continuous, completed, etc.). A knowledge of verbal aspect can deepen our understanding of what kind of action the author is describing.

Anyone can do a word study, but it takes real scholarship and linguistic sensitivity to deal with these more complex issues. In a sense, we can enter into the thought-world of the biblical authors by examining the words and phrases they used to communicate their inspired ideas. Each biblical writer has a particular style—there is a world of difference between Psalms and Ruth, 1 John and Hebrews. As we study the biblical text in its original language, we become more aware of the various styles of its authors and the way they thought. In this way, Hebrew and Greek add intimacy and vividness to our study of God’s Word.

But life is busy! How can we find room for Greek and Hebrew? The prospect of adding this kind of study into our lives can be daunting. One way to develop your skills is to simply do your daily devotions in the original languages. Do what you can handle. For me, this is usually 3-6 verses of Greek and 1-2 verses of Hebrew a day. Even one verse a day, if done carefully, can go a long way.

So, whether you’re a serious layperson who has never studied Greek or Hebrew or a seminary graduate who once knew them well but has now forgotten, let me encourage you to pursue a first-hand knowledge of God’s Holy Word. It’s never to late to start, or to start back—there are more resources available to biblical languages students today than ever before. The Greek and Hebrew grammars published by Zondervan are excellent, and online resources are available for both at teknia.com. Do a quick search on iTunes U, and you can find an entire Greek course for free. My hope is that the insight gained from this pursuit will enrich your own walk with God and the ministry that flows from it.

How have biblical languages deepened your understanding of God’s word?

© Seedbed 2021
Why Study Greek and Hebrew: Make the Biblical Languages Work for You
MORE STORIES