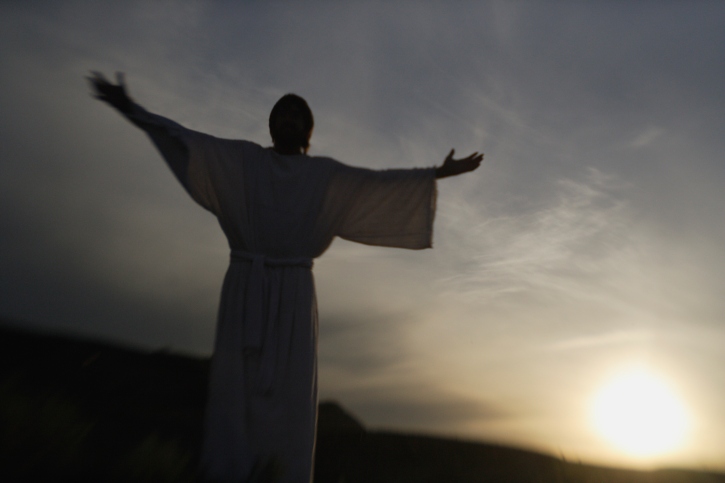 There’s never been another story that went so seemingly wrong. The pendulum swing from Palm Sunday to Resurrection Sunday is a plot twist that no one expected, at least in all of its horridness. The cries of “Hosanna! Hosanna!” on Palm Sunday shockingly morph into “Crucify, crucify!” on Good Friday. Silence, disbelief, and mourning accompany Holy Saturday, and when we put ourselves into the gospel story, we understand why Sunday is the day to anoint Jesus’ body and say goodbye. Three days? Surely, he’s as good as dead.

But, then, there are the women in Matthew’s gospel who go to the tomb early in the morning because of their hope in Jesus’ prophetic words. There are the linens folded up tidily in John’s account with angels at the head and foot of where his body had been laid. There’s a bit of frantic running, a beloved disciple who “believed,” and an impromptu gathering on a mountain in Galilee. Amidst all that was happening, one thing rang true on that first resurrection Sunday: Jesus had been dead in the grave, but through the power of the Holy Spirit of God, he was raised to life. The tomb was empty!

Resurrection is not merely a happy ending to a story that appeared to spiral out of control, but it is the beginning of the new creation breaking into the world. Resurrection is not God working in panic mode, but represents his consistent and precise love triumphing over evil.

I love the story of Jesus’ encounter with the two on the road to Emmaus in the Gospel of Luke. As Jesus opens up the scriptures to them, and later breaks bread in their company, they turn to each other and say, “Were not our hearts burning within us while he talked to us on the road and opened the scriptures to us?” That’s the power of resurrection. It causes a fire in our bones and awakens our souls to God’s great love. It reminds us that Christ has trampled down death by death and has made us free. We have nothing to fear but sin, which Christ’s great love, through the power of his death and resurrection, enables us to overcome. Jesus’ ministry on earth was a foretaste of the Kingdom of God, but his resurrection is humanity’s new beginning, humanity’s new song. While we must acknowledge that sin still wreaks havoc in our world, we can also count on the promise that, with the resurrection of Jesus, comes a reversal of the curse.

It’s only a matter of time before Jesus fully triumphs over all forms of brokenness in our world. In the meantime, as Christians, we hold on to the belief that the perfect love of Christ is transforming the world now, bringing healing to the image of God in all people. Yes, the resurrection is indeed the only thing that can enable us to live as people who are wholly alive, loving and free.

In this Eastertide season, may we remember that resurrection is the very truth of our faith. Without it, as the apostle Paul says, we are to be the most pitied.

We must cling to the resurrection, for it is our dearest hope, the very heart of our story.