Would the Real Me Please Come Forth? - Seedbed
close
Menu 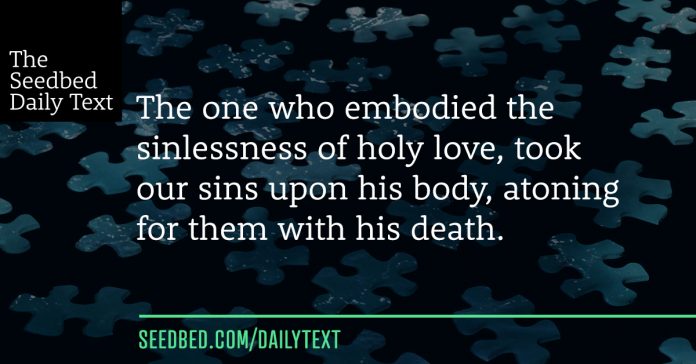 25 So then, putting away falsehood, let all of us speak the truth to our neighbors, for we are members of one another. 26 Be angry but do not sin; do not let the sun go down on your anger, 27 and do not make room for the devil. 28 Thieves must give up stealing; rather let them labor and work honestly with their own hands, so as to have something to share with the needy.

There’s a person in there, a self buried in the heart of you. It’s your true self; the deepest essence of who you most truly are when everything else is stripped away. The everything else is the other self buried in the heart of you. Actually it is usually not so buried but lives much closer to the surface. That’s the false self, and that is what’s wrong with us.

The false self is the person of our own making whom we constructed because we didn’t believe our true self was enough. Eve and Adam became convinced through an act of deception that they were not enough. They believed bearing the image of God was inferior to becoming equal with God. In an effort to achieve god-like status, they stole from God. They took what had been forbidden to take. The truth is when we try to steal from God we only rob ourselves.

The new self, which is the true self, is the image of God within us. Yesterday’s text describes the new self as “created according to the likeness of God in true righteousness and holiness.”

To be created in the image of God means many things but perhaps the most surprising thing it means is to be vulnerable. It means to be susceptible to wounding. In Eden, our forbears were completely vulnerable and totally secure. Naked and unashamed is the way the bible puts it.

Watch what happened in Eden following the rebellion.

Then the eyes of both of them were opened, and they realized they were naked; so they sewed fig leaves together and made coverings for themselves. . . , and they hid from the Lord God among the trees of the garden. Genesis 3:7,8b

First they covered themselves. Then they hid from God. Consider today’s text in this context:

25 So then, putting away falsehood, let all of us speak the truth to our neighbors, for we are members of one another.

Remember how Paul expressed this to the Colossians.

Do not lie to each other, since you have taken off your old self with its practices 10 and have put on the new self, which is being renewed in knowledge in the image of its Creator. Colossians 3:9-10.

First we cover ourselves. Then we hide from God. In fact, this covering we construct for ourselves, the false self, keeps us hidden from God. When the security of the vulnerability of our true self before God becomes compromised, the first thing to go is honesty in our relationships with each other.

From high flying achievement to low lying addiction, we will do just about anything to avoid the insecurity brought on by the pain of shame. From the shape of our bodies to the sanctity of our souls, the obsession to appear better than we are fuels the slavery of the old, false self. Instead of being renewed and restored in the image of God, we become masters of image management, isolated in self deception and stuck in the sickness of sin and shame.

Here’s the Gospel Truth: Jesus, the invincible one, made himself vulnerable. Stripped and beaten, with nothing to cover his shame, he covered our shame with his nakedness. The one who embodied the sinlessness of holy love, took our sins upon his body, atoning for them with his death. By his wounds we are healed. By his blood we are cleansed. By his death we are forgiven. By his resurrection we are set free.

What will it take to stop lying to one another, to put away falsehood, and to speak the truth in love. I wonder what could happen if in our vulnerability we could lean in to the security of one another?  What if we set our feet on a path leading toward gut-level honesty instead of the superficial hiding behind the surface of a false image. What if the brokenness brought on by our rebellion could lead us to confession instead of concealment? We will see together when we learn to echo to one another the Edenic cry of God to Adam, “Where are you?” (Gen. 3:9).

This is the long, winding and glorious road to “living lives worthy of the calling to which we have been called;” to “being filled to the measure of all the fullness of God;” to “growing up in every way into him who is the head, into Christ,” to understanding “the incomparably great power of God for us who believe,” and to living from that place of fiery faith in “him who is able to do far more abundantly than all that we ask or think, according to the power at work within us.”

Indeed, “to him be glory in the church and in Christ Jesus throughout all generations, forever and ever. Amen.

Abba Father, we thank you for your son, Jesus, who has done it all and continues to do it all. Awaken me to him in ways I never dreamt possible, in ways it never occurred to me to imagine. And bring me into this kind of fellowship with others. We pray in Jesus name, amen.

1.What do you make of this way of understanding the true/new self and the false or old self?
2. Where are you in that journey? Where are your tendencies to hide; to manage your image; to make yourself seem better than you are?
3. What would it be like to break free from the old, false self and into a more powerful renewal of the image of God being restored in you?

© Seedbed 2021
Would the Real Me Please Come Forth?
MORE STORIES