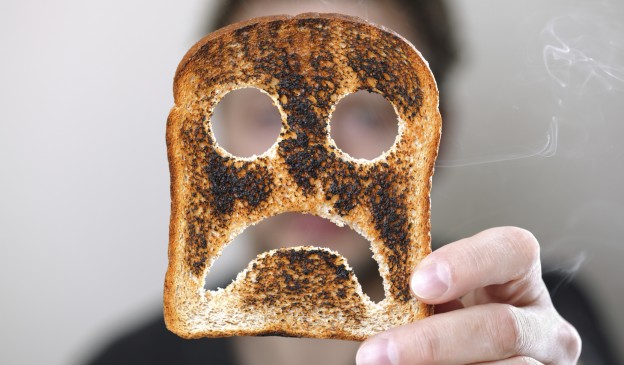 16 After his baptism, as Jesus came up out of the water, the heavens were opened and he saw the Spirit of God descending like a dove and settling on him. 17 And a voice from heaven said, “This is my dearly loved Son, who brings me great joy.” Matthew 3:16-17 (NLT)

In February of 2009 I had hit rock bottom. The previous few years had been very tumultuous years at the church where I was serving as the director of youth ministry. The church had been in constant transition for several years and had had several crises in leadership. I, along with my youth ministry team, had committed to being a consistent presence among the youth and parents of the church during the years of instability, and we had done this very well. Although it had been a difficult journey, I was very proud of what we had done. We had performed well.

It was at this point that I was called into a meeting with the administrative pastor where he informed me that an anonymous group of parents had come to him with a laundry list of complaints directed specifically at me. I was devastated, and for the first time in my ministry I contemplated walking away from ministry.

It was in the middle of this dark period that I discovered, while browsing books at a local bookstore, Henri Nouwen’s book In the Name of Jesus. In this book, by weaving together the temptation of Jesus in the desert (Matt 4:1-11) and Peter’s call to be a shepherd (John 21:15-19), Nouwen tackles the subject of ministry and the temptation to find our identity in our ability to do ministry. A simple summary of the book is this: in today’s world people’s identity is rooted in a person’s ability (“I am what I do”), their desire to be the center of attention (“I am what others say I am”), and in their quest for power and control (“I am what I control”). The solution to this is a prayer life where the Holy Spirit speaks to our souls and reminds us that we are a beloved son or daughter of our heavenly Father.

As I read this on that February day in 2009 I realized that this is exactly what I had done. My identity as a man was firmly rooted in my abilities as a youth worker and was shaped by other people’s opinions. While things were going well my self worth was solid, but as soon as difficulty and criticism came my way my identity crumbled. Instead of listening to the voice of my Father in heaven who calls me his beloved, I listened to the voices around me. Instead of leaning on the ever present grace of God, I had leaned on my abilities to lead a large successful youth ministry.

As a youth worker here’s the good news: by the grace of God our identity is not rooted in our ability to perform as a minister but is rooted in the person of Jesus Christ. Ministry on the front lines with young people is filled with ups and downs, and as a shepherd who is called to lead them into the presence of the One who calls them His beloved, you too must remember that the same Father who called Jesus His beloved is the same voice that calls us His beloved. It is out of this identity that we live and minister.