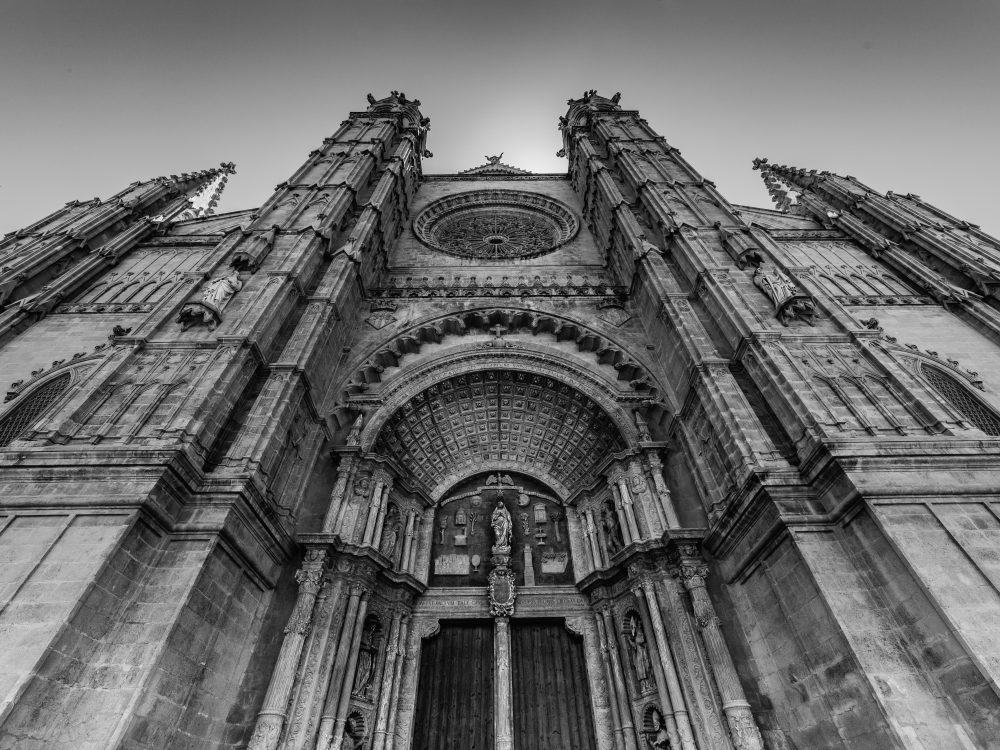 James Heidinger writes more about theological liberalism in The Rise of Theological Liberalism and the Decline of American Methodism. It is June’s Book of the Month offer, which means when you buy at least one, you’ll get one free to sow with your order! Learn more here.

An important characteristic of theological liberalism was that its basic tenets were primarily negations—they were statements of what liberal theology no longer believed about traditional orthodoxy. That is to say, of necessity, liberalism almost always defined itself over against historic Christianity. Consider, for example, several theological characteristics of liberalism which were, in fact, negating or denying historic Christian teaching as a reaction.

1. First, liberalism viewed God’s character as one of pure benevolence and thus without wrath. All people are His children, and sin separates no one from His love, thus none will be lost. Such a view affirmed the concept of universalism, the view that all people will be saved. Thus, the need for salvation or redemption was denied.

2. Second, liberalism believed there is a divine spark in every man and woman. All people, therefore, are good at heart and need only encouragement, nurture, and education. All that is needed is the opportunity for their natural goodness to express itself. Thus, humanity is basically good, not sinful, and the doctrine of original sin was denied.

3. Third, liberalism viewed Jesus Christ as Savior only in the sense that He was our perfect teacher and example. He was not divine in any unique sense nor did His life reflect anything miraculous. He was not born of a virgin, did not work miracles, and was not raised from the dead. Thus, Jesus was simply a man like other men and did not suffer and die as an atonement for our sins. In such a view, Christ’s virgin birth, deity, atoning death, resurrection, and ascension were denied.

4. Fourth, liberalism believed that just as Christ differs from other men only comparatively and not absolutely or substantively, neither does Christianity differ from other religions. It is just one, perhaps one of the most important, among the world’s various religions, all of which stem from the same basic source. Thus, the church’s missionary effort should not aim to convert but rather to promote a cross-fertilization of ideas for mutual dialogue and enrichment. The Christian faith is neither unique nor intended to be universal. Thus, the church’s worldwide missionary mandate was denied.

5. Finally, liberalism affirmed that the Bible was not a divine record of revelation, but merely a human record of the religious experiences of a nation and a people. Thus, few if any doctrinal statements or creeds are essential to Christianity. The things of lasting importance and worth salvaging in the Christian message were the moral and ethical teachings of Jesus. Here, the Bible is seen only as a collection of human writings. It is not the divinely revealed Word of God. It is merely a historical record, not a revelatory Word. Thus, the authority of Scripture was denied.

Having looked at what theological liberalism affirmed and denied, we begin to understand why there was such upheaval and resistance to this “new theology,” as it was called. This was no insignificant thing happening in the life of the Christian church. A frontal assault was taking place on the church’s essential doctrines, an attack made all the more dangerous because it came from church leaders and, under the guise of intellectual sophistication, claimed to be helping Christianity survive the intellectual challenges it was facing. The new theology was using familiar Christian terminology, but they had been given new and different meanings. 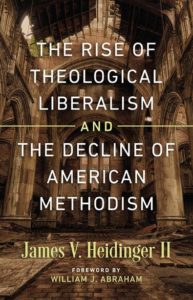 Are you interested in learning more about theological liberalism and its impact on the American church? Jim Heidinger wrote a book titled, The Rise of Theological Liberalism and the Decline of American Methodism. Get your copy from our store now.