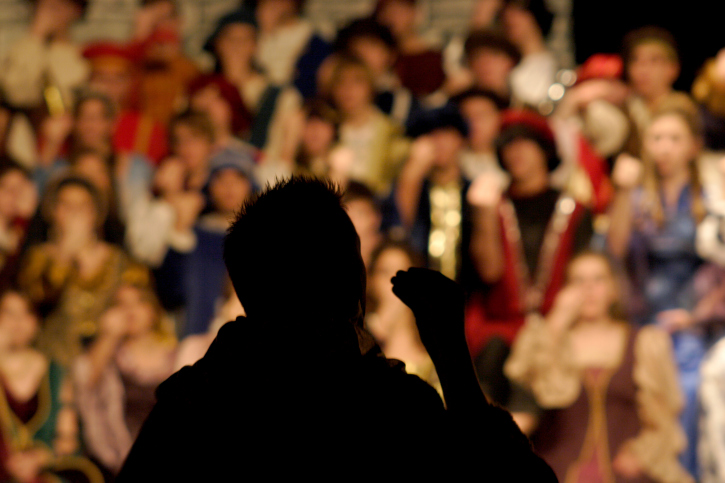 Why don’t they sing? I have been in situations where those present sing with great gusto and spiritual fervor.  Unfortunately, it is not that way at every time of worship, although I surely dream that one day it will be.  There are many scenarios where people are expected to sing and while a handful actually do so, the vast majority do not for a wide variety of reasons.  From my experience there are several basic factors that keep many people from singing in worship:

1) Unfamiliarity with the Music

“I don’t know the song.” In my Methodist church, we sing the same approximately 150-200 hymns throughout the course of the liturgical calendar.  I keep a hymnal on my desk and as I use a hymn, I date the page.  For our contemporary worship, I keep a notebook of the songs and, again, date each time we use it.  My personal preference for hymns is to rotate the non-seasonal ones two to three times a year;  contemporary songs no more than three to four times per year.  A side note: if you’re going to teach a new hymn or song, teach only one on a particular day.  No matter how well all six songs you’ve chosen may match the sermon or how you believe the Holy Spirit is leading you, choose only one.

“I can’t sing the song.” Believe it or not, some songs are more sing-able than others!  Yes, it is due in part to familiarity, but if the tune is not something the average person can pick up and sing after hearing once or twice, maybe you need to give the song a second thought.  This is especially true of the contemporary worship songs.  Just because everyone sings along with them on their radio doesn’t mean they are well suited for your service.

Many churches chose to go with theatre style seats in a dark, windowless room with those leading the worship on the stage.  While this is intended to be “church,” the subliminal message is loud and clear: “You are the audience and I’m the worship leader in the spotlight.  Your role is to cheer for what’s happening on the stage.”  But it’s not about the worship team or choir.  It’s not about the audience.  It’s about God!  We are worshipping Him, not putting on a performance.  Your “real job” is to coach those who are gathered so that they worship the Lord.  He is the audience, we are the coaches and they are the football team running the plays.

Consider a few other things: what time of day is the worship service you lead? At 8AM you can’t expect them to sing too much and certainly not a song with lots of high notes.  Another big factor is the music education in our communities—or lack thereof.  For the most part, people don’t know how to read music.  Couple that with utilizing only words on a screen and it takes longer for them to learn the music, if they think it’s worthwhile.

I’m going to step out and potentially take a lot of flack on the last one. The primary reason that I’ve observed that many people don’t sing is a lack of relationship with the one who gives the music.  Please hear me when I say that I am not judging anyone’s relationship with God.  What I am saying is this: the person who has had their sins forgiven and found freedom in Christ cannot keep from singing.

Because I am not the woman I used to be, when I have the opportunity to praise the one who purchased my forgiveness with His life, I simply cannot contain myself. In contrast, when I see someone in my congregation with arms crossed and lips clamped shut, it doesn’t take a brain surgeon to read the body language.  Look at the reformation and following: Martin Luther and the Wesley brothers taught their people to sing!  These people came to know Christ in deeply powerful and profound ways.  The Wesleys not only taught hymns to their people but used them to teach scripture and theology to a largely illiterate population.

Yes, choose carefully the songs for your worship services.  God can work in amazing ways when hearts are opened to Him through the avenue of music;  it is mysterious how the Holy Spirit uses melody to clean cobwebs from our souls!  Above all, choose with prayer.  When we make ourselves available to God and His leadership, miracles can still happen.  That’s when we can cry out with David as he did in 2 Samuel 22: The Lord lives! Praise be to my rock!”