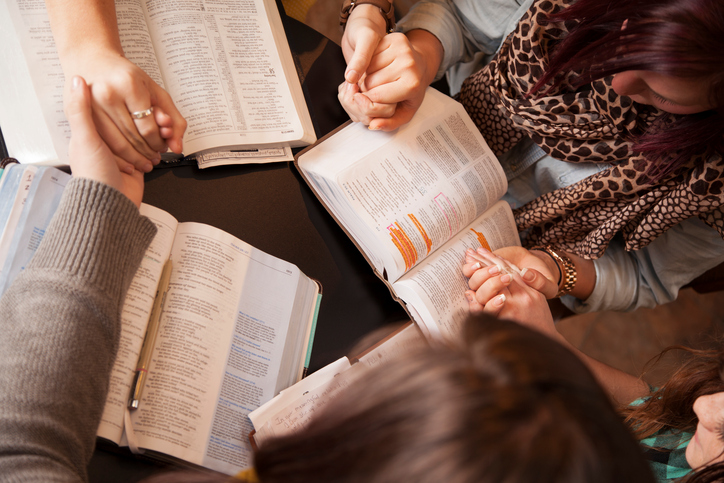 From the earliest days of Church history, women have played a central role in communicating and furthering the gospel across cultures and nations. From the Samaritan woman, who introduced her town to Jesus, to Priscilla, who travelled throughout Rome, Greece, and Asia Minor with the growth of the early Church, the Bible is full of women who met Jesus and then spread His message of the kingdom.

In the early Protestant missionary movement, women were only allowed to go as wives of missionary men, yet they had their own calling and their own influence in the places where they landed. As missions progressed, women have held a major place in shaping the ways we do mission and the opportunities available for both women and men to serve. Here are just a few of the women who have had or are currently having an impact on the way we view missions today.

Cynthia Farrar: Paving the way for single women missionaries and education for girls

Cynthia was the first single, female, American foreign missionary. Despite the hesitancy of American mission boards in sending women on their own, Farrar was chosen to go to India because of her excellence in teaching. She left the United States in 1827 and spent 34 years in Bombay, founding a girls’ school that grew to 400 students in its first two years. At that time, most Indian fathers were opposed to education for their daughters, yet Farrar succeeded at establishing new schools and filling them with girls who desired to be educated.

Betty Greene became fascinated with aviation from a young age, with heroes like Charles Lindbergh and Amelia Earhart. She started flying as a teenager, and started her professional career serving with Women Airforce Service Pilots during World War II. After the war, Betty longed to combine her love of flying and heart for adventure with her faith in service. She helped found the Christian Airmen’s Missionary Fellowship, later known as Missionary Aviation Fellowship. Over her 16 years of flying with MAF, Greene helped missionaries travel to 12 countries, and continued to serve as an advocate for MAF until her death in 1997.

Ruth studied education at Biola, and was active in Intervarsity Christian Fellowship at Chico State as well. She had promised to serve the Lord if He opened a door and had felt a calling to Peru, but there was no opportunity at the time. After she started teaching elementary school in the California Bay Area, Ruth was surprised in 1954 with an opportunity to teach in Peru—not as a support-raising missionary, but as a salaried teacher at a binational school. Over her three years of teaching in Peru, and eleven in Brazil, Siemens saw God’s faithfulness in providing for her through jobs, both in salary and in opportunities for ministry. Ruth went on to plant many campus ministries. When she realized how many students wanted to get involved in tent-making ministries, she started Global Opportunities to connect students with tent-making opportunities abroad. Ruth also helped define tent making as it is known now, not just as Christian expatriates doing business, but specifically business or professional people committed to missions and to cross-cultural workplace evangelism.

Bible Women of Asia: Creating pathways for the gospel in closed places

This is a movement of women, rather than just a single individual. From the earliest missionary work in Korea, China, and India, the missionaries recognized the local women as influential in their family systems, and started making a special effort to train them in reading and using Scripture. These women became passionate for the Word of God and for sharing it with their communities and beyond. The “Bible Women” were launched. They planted churches, led fellowships, and, wherever they went, created disciples who loved the Word like they did. In 1917, one survey found that there were twice as many “Bible Women” as there were foreign missionaries working in the country!

Nikole is a contemporary example of an innovative woman in missions. She founded Freely in Hope, a nonprofit providing education and platforms for survivors of sexual violence to fulfill their dreams. She is also part of the Lausanne Movement and Red Letter Christians Network. The real story comes through the lens of her camera. Nikole graduated with a degree in Film Production from Loyola Marymount University in California, and she uses her experience as a photographer and videographer to tell the stories of people around the world. The difference is, Nikole puts an emphasis on what she calls “photographing with dignity.” Her subjects are shown through the light of who they really are, and she helps others learn how to portray people this way through workshops and speaking engagements.

Elisabeth Elliot wrote, “What is the place of women in world mission? Jesus said, ‘You [and the word means all of you, male and female] are my witnesses. You are the salt of the earth. You are the light of the world.’ And there have been countless thousands who, without reference to where they came from or what they knew or who they were, have believed that Jesus meant exactly what he said and have set themselves to follow.”

I am thankful for these and so many other women who paved the way in cross-cultural ministry.