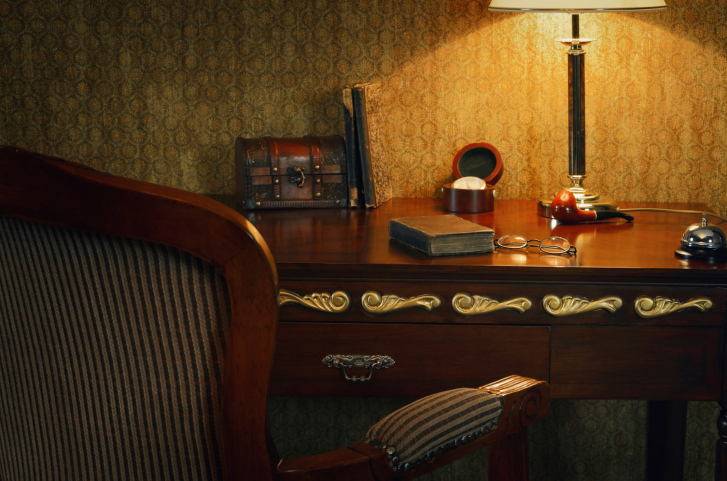 Recently I was asked to look back over my writing ministry and reflect on the books I’ve published—how I assess them, and what impact they may have had. (Read the full interview by Frank Viola)

My first book was One Hundred Years at Spring Arbor: A History of Spring Arbor College, 1873-1973, which I was requested to write. But the book that has had the greatest impact by far is The Problem of Wineskins: Church Structure in a Technological Age. The book went through repeated printings and was translated into a number of other languages. Still today I meet people who were impacted by the book in the 1970s or 1980s, or since.

The most common reaction is similar to this one from a man who later became a prominent evangelical leader in Great Britain. “I was about to give up on the church,” he said. “Wineskins restored my hope for the church.”

A major reason for strong reactions to the book (positive, and sometimes negative!) was that it touched a nerve on issues of church and mission that were much disputed at the time.

Here I will share with you my response to this interview question:

As you look back on your writing and speaking ministry, how would you summarize your contribution to the body of Christ? What are the main points you’re trying to get Christians to understand that you’re passionate about?

I respond with the following points:

“The Bible is a radical book” as B. T. Roberts, founder of the Free Methodist Church, wrote some 150 years ago. (See my book, Populist Saints.)

I deal with the role of Scripture particularly in Liberating the Church, but also in Wineskins and Community of the King.

2. The church is a spiritual/social organism with its own ecology.

It is literally the body of Christ, the community of the King. Its revolutionary vitality does not depend upon programs but upon unleashing the power of the Holy Spirit in people’s lives, in community. As Jesus said of the resurrected Lazarus, “Loose him, and let him go” (John 11:44). So with the church. This is a major part of my argument in The Problem of Wineskins and is elaborated also in Community of the King, Liberating the Church, and Decoding the Church.

3. God is always in the business of radically renewing the church, if we are open to the Spirit and faithful to Scripture.

A key “mark” of this renewal is a focus on justice and holy love, with a strong emphasis on the gospel for the poor.

See especially my chapter on “The Gospel for the Poor” in The Problem of Wineskins, though nearly all my books make this point. Decoding the Church shows how ministry to and with the poor is in fact a key “mark” of the true church. Signs of the Spirit shows how this is true historically. A shining example here is John Wesley, as I document in The Radical Wesley and Patterns for Church Renewal.

4. God has “a plan for the fullness of time to bring everything in heaven and earth together under one head, even Jesus Christ” (Eph. 1:10).

We are called to actively, redemptively participate in this reconciling work. This is, in fact, the work of the kingdom of God.

This theme runs through nearly all my books. In A Kingdom Manifesto I showed how the biblical theology of God’s kingdom weaves together seven key themes: justice for the poor, the promised land, city of the King, house of God, shalom, sabbath, and Jubilee.

People differ wildly, however, in what they really mean by “kingdom of God.” So I sort out the different conceptions of God’s reign in Models of the Kingdom.

The two go together, giving us the potent biblical teaching on stewardship. If we take this seriously, we will be a revolutionary force in the world, a movement that both sees people transformed and that renews the earth, even as we await the final appearing of Jesus Christ to establish his kingdom on earth in its total fullness. (See especially Salvation Means Creation Healed.)

6. Since God is always at work to renew the church, church history is largely the story of a succession of renewal movements, from the early church right up to today.

My theology of renewal and renewal movements is found especially in Signs of the Spirit: How God Reshapes the Church (1986), based on my Notre Dame doctoral dissertation. It shows how God worked through Pietism, Moravianism, early Methodism, and other movements to reawaken the church. The book works out the five dimensions of church renewal.

7. We have unbounded confidence that God will fulfill all his promises.

This gives us both hope and energy to act now in the Spirit to see God’s will done on earth as in heaven through vital Christian communities, the church.

A key point here is the radical meaning and power of the gifts of the Spirit in making the church functionally the body of Christ. Everyone is gifted; everyone is a minister; everyone has their place in Jesus’ body. A church of 100 people has potentially 100 ministers. If the church pays attention to passages such as Ephesians 4:1-12 and 1 Corinthians 12, it will learn how to release the power of these gifts with great effect and in an organically structured way so that the church functions as one coordinated body, not either as a hierarchy (at one extreme) nor as a chaotic free-for-all (at the other extreme). The church’s structure is that of a living body, not of an organization or business corporation.

“Body of Christ” is much more than an analogy or figure of speech. I make the point over and over in my writings that the body of Christ as portrayed to us in the New Testament is relevant and powerful in every culture and society in the world. Don’t look for some “new model of the church.” No new model is needed. What is needed is communities of disciples who are fully committed to Jesus Christ and the life of the kingdom of God now in the world, and so embody the hope and power of the Holy Spirit in a continuation of the movement that began at Pentecost.

There is nothing more radical and revolutionary than the church as Jesus’ body on earth, empowered by the Holy Spirit with all the needed gifts and graces. Everything else follows from this.