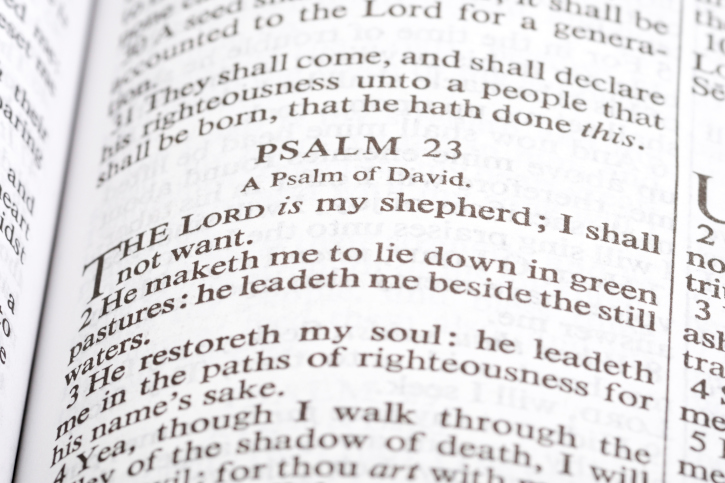 All of the 150 psalms have been shaped out of divine inspiration and authorization as well as human spirituality including the intellect, emotions, body, and prayer engagement to the covenant-making God.  The poet’s achievement in each psalm demands that those who want to be shaped by each individual psalm should study the rules and impact of Hebrew poetry and literary forms.  And yet, the faithful person of God who wants to inhabit a psalm will not only study and learn the literary and historical achievement of each psalm but will be formed by the entire Psalter in regular, systematic ways of implementation.

Speaking of shape, let me mention at the outset that the individual psalms fall into many literary forms:  praise/hymn, lament, thanksgiving, torah/instruction, historical, royal, and wisdom.  These forms cover ninety to ninety-five percent of all the literary forms that make up the different psalm types.  Last time I checked, I counted around seventy psalms with a lament form, which is by far the most common.

The NT writers quote from the book of Psalms more than any other book in the FT followed by Isaiah.  Did you ever wonder why this is the case?  The Psalter served as the hymnbook of the Hebrew people including our messiah, Jesus Christ.  The most important point to learn about the Psalms is that they form the core elements of Israel’s prayers and songs as well as Christians’ prayers and songs.  As such, they should serve liturgically as a guide for corporate and individual Christian worship and thus assist us to relate authentically to God.

My first inclination for this post was to list seven psalms that illustrate the variety of literary forms in the Psalter.  Instead, I think I will take my writing cue from a statement of Dietrich Bonhoeffer, the courageous German Lutheran theologian and pastor who was executed by the Nazis in Flossenbürg in 1945.  Bonhoeffer said, “It would not be difficult to arrange all of the Psalms according to the petitions of the Lord’s Prayer.  We should need to change only slightly our arrangement of the order of the sections” (Life Together and Prayerbook of the Bible: Dietrich Bonhoeffer Works [Minneapolis:  Augsburg Fortress, 1996], 177).  Thus, following the order of the petitions in the Lord’s Prayer, let us think of seven psalms that correspond to the seven petitions that we should know well and pray regularly.  In order to fill out all the portions of the Lord’s Prayer, I’ll recommend a psalm for the introduction and conclusion too.

For the introduction of the Lord’s Prayer, “Our Father in heaven,” know and pray Psalm 23, a psalm of confidence or trust.  A handful of psalms refer to God as Father (Pss 2:7; 68:5; 89:26; 103:13).  Even though the title father is not found in Psalm 23, it nevertheless captures the qualities of our compassionate, tender father most eloquently through the metaphors of shepherd and host.

For the second petition, “your kingdom come,” know and pray Psalm 110, a royal psalm and favorite of NT writers.  This psalm contains a promise that the true king who is also the true priest will be able to lead his people successfully and defeat all enemies.

4. Your Will Be Done, On Earth as It Is in Heaven”

For the third petition, “your will be done, on earth as it is in heaven,” know and pray Psalm 119, the most beautifully crafted psalm.  This torah or instruction psalm has been shaped as an acrostic with each letter (22 total) of the Hebrew alphabet initializing eight verses in a row.  If you want to know the good and gracious will of our Lord and learn from an enthusiastic teacher, then pray this psalm.  The psalm is 176 verses, however, so you may have to pray it in bite-sized portions.

5. “Give Us Today Our Daily Bread”

For the fourth petition, “give us today our daily bread,” know and pray Psalm 136, a thanksgiving psalm.  Praying the refrain, “His love endures forever,” at the end of each of the twenty-six verses is rhythmic and powerful as we are commanded to thank the Lord for so many good things.  Towards the end we learn this truth, God gives food to every creature.

6. “Forgive Us Our Debts, As We Forgive Our Debtors”

For the fifth petition, “and forgive us our debts, as we also have forgiven our debtors,” know and pray Psalm 51, a penitential lament.  Every Christian needs to learn how to lament and exhibit penitence more consistently and wholesomely as this psalm teachs us.  Psalm 51 confesses that we cannot get away with saying one thing in public but doing something different in private.

7. “Lead Us Not into Temptation”

For the sixth petition, “and lead us not into temptation,” know and pray Psalm 91, a lament and trust psalm.  Satan ironically and paradoxically quotes part of this psalm at Jesus while tempting him (Matthew 4).  This psalm reminds us that danger is prevalent in this life, but the Lord will never fail or leave his people.

For the seventh petition, “but deliver us from the evil one,” know and pray Psalm 25, an individual lament.  In the same way as many other psalms, Psalm 25 presupposes tribulation, strife, and pressure.  When these are your experience, you may not have concrete, tangible reason for confidence that you will come out the other side.  The foundation for confidence lies in the God who delivers with our eyes “ever on the Lord” (v. 15).

9. “Yours Is the Kingdom, the Power, and the Glory Forever”

For the conclusion of the Lord’s Prayer, “for yours is the kingdom and the power and the glory forever and ever,” know and pray Psalm 22, both a lament and praise psalm.  The beginning words of the psalm (lament; v. 1) are quoted in the Gospels of Mark and Matthew as Jesus is crucified.  On the other hand, the beginning words of the last one-third of the psalm (praise; v. 22) are quoted in Hebrews 2 in the resurrection of Jesus.  God’s kingdom, power, and glory remain forever through the power of the cross and resurrection of Jesus Christ.

These nine psalms are just a sampling of the amazing, awe-inspiring, and marvelous songs in the Psalter.  All 150 psalms call out to the people of God to inhabit them as a regular prayerbook and songbook as they were for Jesus.