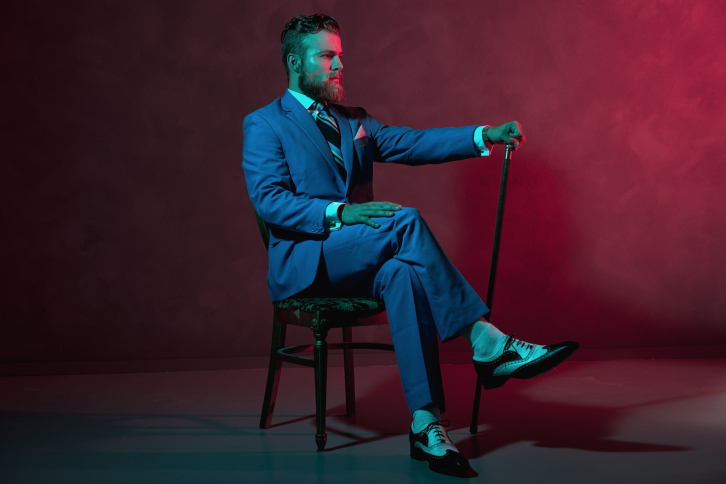 In a previous post I discussed H. Richard Niebuhr’s five “types” of Christian cultural engagement, from his book 1951 book Christ and Culture, as a way basic framework for evangelical and orthodox Christians to use in navigating cultural engagement in what is very quickly becoming a post-Christian West.  That article provided a general theological framework for Christian cultural engagement.  In this second article I am going to look at a particular episode from the Book of Acts that I have found particularly helpful in thinking about how Christians should interact with a pluralist culture: the Apostle Paul’s discourse with the Greek philosophers at the Areopagus in Athens (Note: all Scripture quotations are from the NIV).

Acts 17:16-34 documents Paul’s preaching of the gospel in Athens while waiting for Silas and Timothy to join him in the city.  This section of Acts opens up with Paul being “greatly distressed to see that the city was full of idols” (v.16).  This observation is important and frames the rest of this section.  Readers are to keep in the mind throughout this section that Paul in no way thinks that the actual worship of false gods is a good or permissible action, even when commending certain aspects of the Athenians’ piety, as we will see.

In response to seeing the great number of idols in the city, Paul does what he does best: preach the good news of Jesus Christ’s death and resurrection in a winsome and reasoned manner to both Jews and Gentiles (v.17-18). Paul’s preaching of the gospel quickly attracts the attention of a group of Epicurean and Stoic philosophers.

Epicureanism was a philosophical school of thought that was essentially the ancient form of deism or even agnosticism. Stoicism was another ancient philosophical school that was largely opposed to Epicureanism. While Epicureans and Stoics did were not particularly fond of one another, the distinctive Christian proclamation of Christ’s crucifixion and bodily resurrection—as well as the general resurrection of the dead at the end of the history—rubbed both schools the wrong way.  As the philosophers themselves said to Paul: “You are bringing some strange ideas to our ears…” (v.20).  Indeed, it was not for nothing that Paul said to church in Corinth that the preaching of Christ crucified was “foolishness” to the minds of ancient Greeks.  But of course, “the foolishness of God is wiser than human wisdom, and the weakness of God is stronger than human strength” (1 Cor. 1:23-25).

After the Athenians bring Paul to the Areopagus to further discuss the gospel he has been preaching, Paul begins by first commending what is good in the Athenian’s practices: namely there pious sense of a divine order higher than themselves (v.22). While the actual worship of false gods is abhorrent not permissible to Paul, he can see that the Athenian sense of piety itself is good, even if fallen and ordered to the wrong end of idol worship. Paul’s hope is that their piety will be properly re-ordered towards Christ, not done away with entirely. Paul even points out that the Athenians have an altar inscribed “TO AN UNKNOWN GOD” (v.23), thus finding a foothold of common ground for the full force of the gospel to be unleashed.

Paul goes on to say that this “unknown god” whom the Athenians have an altar for, is, in reality, the one, true Creator God, YHWH.  Paul even cleverly echoes some Greek philosophical understandings of the “supreme deity” shared in common with the Judeo-Christian conception of God: that God “does not live in temples built by human hands” (v.24), that God “is not served by human hands, as if he needed anything,” and that God “gives everyone life and breath and everything else” (v.25). Of course, Paul is drawing from the Old Testament as his primary source in all these affirmations, not directly from Greek thought. In doing so, Paul is able to subtly show how the “unknown god” of the Athenians is really the Creator God of Israel. As Craig Keener says of Paul’s preaching here in his IVP Bible Background Commentary: “Paul’s language here is fully biblical, yet chosen also to be intelligible to his audience” (p. 377).

Even as Paul finds and commends the good aspects of Athenian thought, he readily critiques and rebukes the fallen and disordered aspects of it.  After having shown in vv. 24-28 that God is the transcendent Creator and Giver of all life, Paul draws out the logical conclusion that it is simply foolish to think that God is anything at all like, or can be depicted in, idols made of gold, silver or stone (v.29). Paul shows how patient God has been in allowing such idol worship to go on without punishment.  But that time of God’s overlooking “such ignorance” is now over.  With the coming of the God-Man, Jesus Christ, and with His death and resurrection, a new day has dawned in the history of the universe.  YHWH has revealed Himself in Christ and now calls all people to repent of their sin and idolatry and turn to Him.  Indeed, there is an imperative to do so, as God has “set a day when He will judge the world with justice by the man [Christ] He has appointed” (v.30-31).

Paul’s use of common ground is in service to this gospel proclamation and call to repentance.  Paul critically interacts with the Athenian culture and thought as a means of calling people to salvation and to the worship of the one, true Creator God who is above all transient human cultures.  While some of the Athenians sneered at Paul’s preaching of the good news, others wanted to hear more of what he had to say (v.32).  Paul’s preaching was not in vain, as several of the Athenians heeded the convicting call of the Spirit and believed in Christ (v.34).

While an exposition of Paul’s method of gospel-centered and gospel-animated preaching and cultural engagement is fascinating in its own right, there are three key themes that can be drawn out of Acts 17:16-34 that can be incredibly helpful in our own engagement with a contemporary pluralist culture.

1. Proclaim the Truth of the Good News

Paul’s first response to seeing the distressing number of false gods and idols is to proclaim the good news of Jesus Christ’s death and resurrection.  In a world of falsehoods and lies (not at all dissimilar from our world), Paul realizes that the most powerful weapon that the Christian has is the proclamation of Truth spoken in love.  Paul does not seek any sort of capitulation or assimilation to the culture nor does he try to downplay the gospel message. Instead, he proclaims the truth of Christ’s atoning death and death-defeating resurrection and reasonably engages those who have further questions about the good news.  Paul realizes that the most powerful weapon in the Christian’s arsenal is not made of steel or iron, but is the Word of Truth spoken in love.

When Paul begins discussing the radical claims of the gospel with the Athenian philosophers, he does not take the “fire and brimstone” approach right off the bat (though he does not shrink from speaking of God’s judgment upon evil either). Instead, he commends the Athenians for what shards of good they have been able to grasp, even if much of it is ordered to wrong ends. The Athenians may worship false gods—which, make no mistake, is a grave sin—but at least they have a sense of piety, even if distorted and dim. Paul is able to see those aspects that God’s grace has sustained in spite of the Fall (a form of prevenient grace) and use them as tools of evangelism.  Paul is one of the great theological geniuses of Christianity and so is able to parse out the distinctions of those things that are good in themselves (Athenian piety, understanding of an unknown supreme God, etc.) from those aspects of Athenian culture that are wicked and fallen (worship of idols, trying to find salvation outside of Christ, etc.).  He thus affirms the common humanity of his interlocutors while at the same time keeping Christ preeminent and focused upon as the only means of salvation.

3. Always Come Back to Christ and the Gospel

Even after delving into a deep discussion of theology with the Athenian philosophers, Paul makes sure to bring the conversation full-circle back to the Word Himself.  Just as Paul never loses sight of Christ and the gospel in his engagement with Athenian thought, so modern orthodox Christians must never lose sight of Christ in our own cultural engagements.  Christ is supremely above all the shifting sands of contemporary trends and cultural mores. He is always our focal point, for, as the Apostle Peter says: “Salvation is found in no one else, for there is no other name under heaven given to mankind by which we must be saved” (Acts 4:12). Thus, even when we are critically engaged in any sort of interaction with our post-Christian culture—be it confronting evils like abortion, redeeming good aspects like music and art, or seeking to conserve fading aspects like courage and honor—our efforts should always be animated by and ordered toward Christ and bearing witness to the unique truth of the gospel.  Tragically, some will harden their hearts and turn away, just as happened in Athens. However, others still will respond to Holy Spirit’s gracious initiative positively. So we faithfully bear witness to the Truth in whatever interaction with culture we are in.  The rest is up to God.